You are here: Home / Autoimmunity / The WHYs behind the Autoimmune Protocol: Nightshades

Tomatoes, potatoes, eggplants, sweet and hot peppers (but not black pepper), and chili-based spices (including paprika) all come from plants which are members of the nightshade family. Nightshades can be problematic for many people due to their lectin, saponin and/or capsaicin content. They tend to be even more problematic for those with autoimmune disease and of all the foods restricted in the autoimmune protocol, are probably the least likely to be successfully reintroduced, especially tomatoes and chilies.

There are over 2000 plant species in the nightshade family, the vast majority of which are inedible and many are highly poisonous (like deadly nightshade and jimsomweed). Tobacco is also a nightshade, and is known to cause heart, lung, and circulatory problems as well as cancer and other health problems (clearly some of this has to do with the other toxins in tobacco products derived from the processing). Of the edible species in the nightshade family, poisoning can actually occur with excessive consumption and it is possible that the low-level toxic properties of the nightshade vegetables contribute to a variety of health issues as they progress over time 1. So, let’s talk about two (okay, three) key compounds in nightshades that make them such a common food sensitivity and a problematic food for those with autoimmune disease. 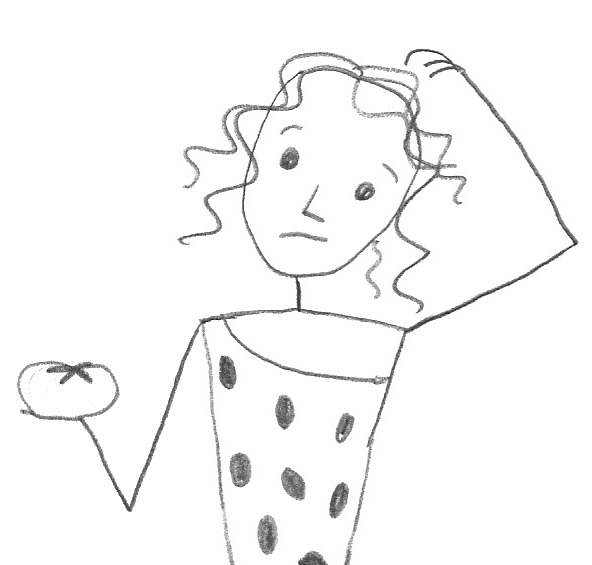 Nightshades contain lectins. Actually, all plants (and even animals) contain some lectins, a class of sugar-binding proteins with many biological roles, including protecting plants (especially the seeds of the plant) against predation.Not all lectins are problematic (I have an entire post in the works explaining why the lectins in wheat can be such an issue but the lectins in blueberries aren’t). The lectins which we avoid in the Paleo diet are the ones with the ability to increase intestinal permeability (see this post on how lectins do this). These are lectins which resist digestion (typically due to high proline content), are relatively heat-stable (so there are still sufficient quantities to cause an issue after cooking), and have the ability to strongly interact with proteins in the membrane of the cells that line the intestine (and some can even bind to receptors in those membranes and be transported intact across the intestinal barrier). There is huge variability the effect of different dietary lectins, from proinflammatory and promoting a leaky gut on one end of the spectrum to completely harmless and even potentially therapeutic on the other. Until a systematic analysis is performed of all plant lectins and their physiological effects, the foods advocated and restricted on a Paleo diet really only represents our best guess based on what is known so far. So, what do we know about nightshade lectins? Tomato lectin is known to enter the blood stream relatively quickly in humans, which suggests that tomato lectin can contribute to the development of a leaky gut 2. This information has led me to recommend that tomatoes should be eaten in moderation for most people. People with autoimmune disease are more likely have a leaky gut and have more challenges to healing a leaky gut once it has developed. For these sensitive individuals, tomato lectin should be avoided.

Nightshades contain saponins. The flowers, fruit, and foliage of the nightshade family contain a type of saponin called glycoalkaloids (e.g.the α-solanine and α-chaconine in potato, α-solanine in eggplant, and the α-tomatine in tomato) and contain steroidal drugs (e.g. the stimulating capsaicin in peppers, the tranquilizing nicotine in tobacco)3. I explained in detail how saponins can contribute to a leaky gut in this post (also see reference 4). Very importantly for those with autoimmune conditions, saponins, such as α-tomatine, have adjuvant activity. An adjuvant is a chemical that stimulates and exaggerates an immune response. The glycoalkaloid α-tomatine is such a potent adjuvant that it is used in vaccines to ensure that the recipient develops immunity against the virus they are being inoculated against. This is critical in the discussion of autoimmune disease because dietary saponins are believed to rev up the immune response to proteins leaking out of the gut 5. When antibodies are formed against proteins (like gluten) that have amino acid sequences that look very similar to sequences of other normal proteins (like transglutaminase) in the human body, the chances of developing an antibody against one’s self increases. When this happens, the immune system attacks normal healthy proteins/cells in your own body and this is the development of autoimmunity. Beyond these actions of saponins, glycoalkaloids inhibit a key enzyme, acetyl cholinesterase, which is required for nerve impulse conduction. There is also evidence that diets high in potatoes, in particular, result in increased markers of inflammation (this could also be due to the carbohydrate load that potatoes provide and not an effect of the glycoalkaloids themselves). Glycoalkaloid poisoning can occur with excessive consumption of nightshade vegetables, and many researchers have hypothesized that the low level toxic exposure from more moderate consumption of nightshades can contribute to a variety of health conditions 1. Another problematic substance is capsaicin, a steroidal stimulant found in chili peppers (it is one of the substances in peppers that give them heat). While a variety of health benefits have been attributed to capsaicin, it is also a potent irritant to a variety of tissues, including skin, eyes and mucous membranes. Very importantly, there is evidence that capsaicin can increase intestinal permeability 6.

Of all the foods restricted on the Paleo diet autoimmune protocol, nightshades are the least likely to be reintroduced successfully. In fact, many people are sensitive to nightshades independent of illness or autoimmune issues.In my own experiences, two meals (on two consecutive days) containing a small amount of tomatoes nearly two months ago resulted in a massive lichen planus flare (it was also timed with some stressful life events, which I’m sure didn’t help). Two meals of tomatoes set me back months in my recovery. I am only in the last week or two starting to see some improvement to the new lesions that formed nearly overnight. While frustrating, I try and focus on the positive: I now know that tomatoes are not good for me. And avoiding them is worth it.

1 Childers N.F., and Margoles M.S. “An Apparent Relation of Nightshades (Solanaceae) to Arthritis” Journal of Neurological and Orthopedic Medical Surgery (1993) 12:227-231

3 Gee JM, et al “Effects of saponins and glycoalkaloids on the permeability and viability of mammalian intestinal cells and on the integrity of tissue preparations in vitro.” Toxicol In Vitro. 1996 Apr;10(2):117-28.