My mom used to make Spanish Rice when I was a kid.  It was one of those great meals for stretching the dollar, especially because we all loved it.  My mom basically made a vegetable-heavy completely homemade spaghetti sauce and then cooked rice into the sauce instead of serving over pasta.  I have fond memories of it, especially of my brother and I decided it should be called goulash, having no idea that goulash is an actual thing (and not entirely unrelated).

I started experimenting with my own Paleo version of Spanish Rice about two years ago, after I had discovered my own severe sensitivity to nightshades.  The original versions of this dish were really nothing more than ground meat, cauliflower, and enough garlic, olives, and basil to give it flavor.  And even though it has long been one of my oldest daughter’s favorite meals, it never quite felt blog-worthy.  How I make it has evolved a lot in the last two years.  I’ve since given up on regularly adding a rice-ish component and turned this dish more into a stew, or what can more accurately be called picadillo.  I’ve become a lot more sophisticated with the techniques and flavors, borrowing heavily from how traditional bolognese is made.  Probably one of the greatest discoveries was adding pureed pumpkin and broth to give it a creaminess and thickness that couldn’t be achieved with ground meat and veggies.  This was the magic touch that turned this dish into something worthy of sharing with you all.

Picadillo is a traditional dish in Spain and many Latin American countries.  The name comes from the Spanish word “picar,” which means “to mince” or “to chop”.  It is traditionally made with ground beef, tomatoes, herbs and spices, and other ingredients that vary by region, like olives which are traditionally used in the Spanish version.  While this dish is nightshade-free and skips the tomatoes, it’s very similar to a traditional Spanish picadillo.  I serve it as a stew, although my husband and kids still love it mixed with steamed white rice (which we then call Spanish Rice).

I didn’t intentionally make this dish autoimmune protocol-friendly, but it just happened to turn out that way.  Cuban picadillo tends to have tomatoes and cumin as ingredients, but Spanish picadillo more typically uses fresh basil or oregano. If you really, really, really love tomatoes, you could add a small can of tomato paste along with the pumpkin and broth, but you really don’t need it.  The flavor is really amazing without the tomatoes (really thanks to the umami imparted by the garlic and olives). 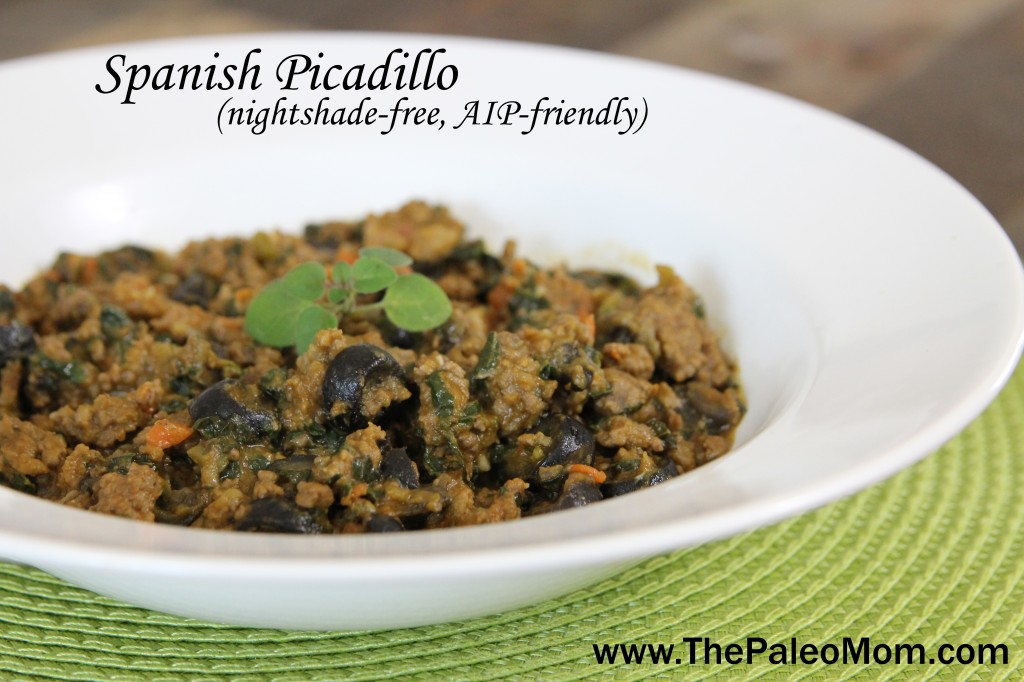 Spanish Rice Variation:  Mix 1 part picadillo with 1 part steamed white rice (if you include that in your diet) or cooked cauliflower rice just prior to serving to make Spanish rice.  This a great way to stretch this dish even further! 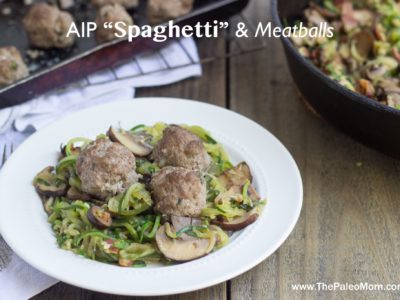 Over the past year and a half of my autoimmune protocol journey, I have … 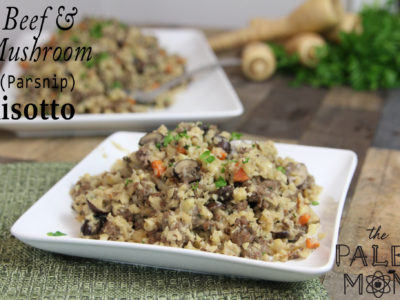 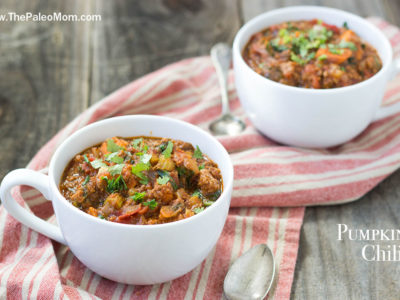 When I cut into our big pumpkin to make a jack-o-lantern this year, the pumpkin … 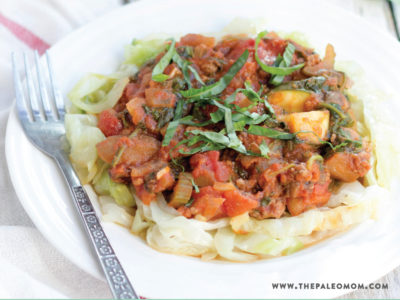 I think pasta is actually really easy to modify for a Paleolithic diet.  … 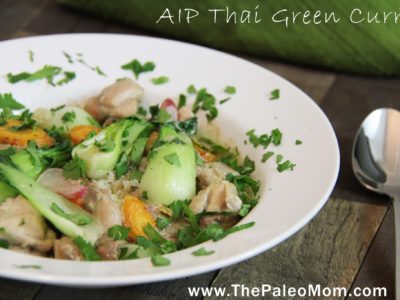 Hmmmm, curry…. it’s a flavor that I never thought I’d be able … 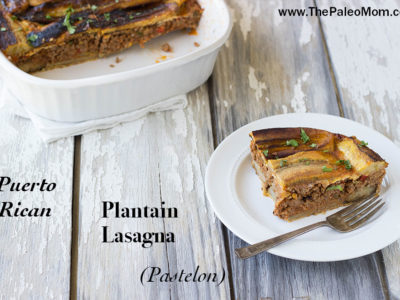 Plantain lasagna?  Really?  Yes! And what a delicious and comforting … 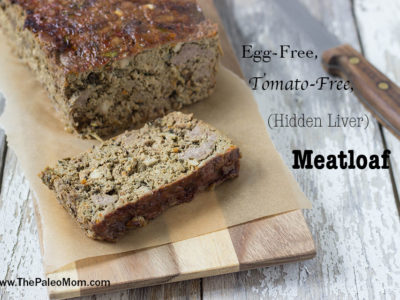 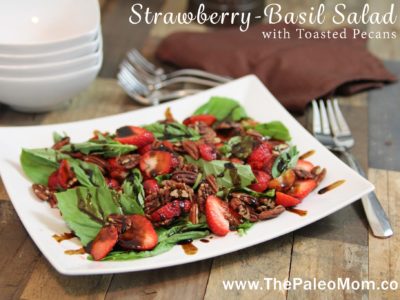 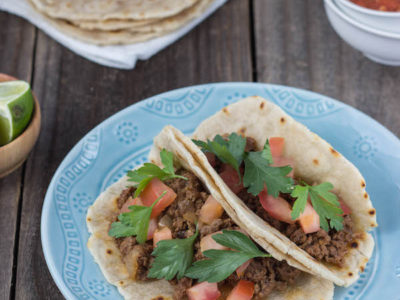 This is one of my family’s favorite meals.  We ate tacos as salad or … 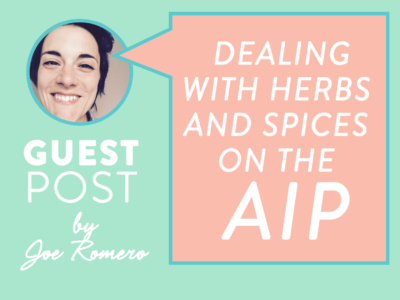 Jo is the blogger at Comfort Bites, and the author of the book and Kindle ebook … 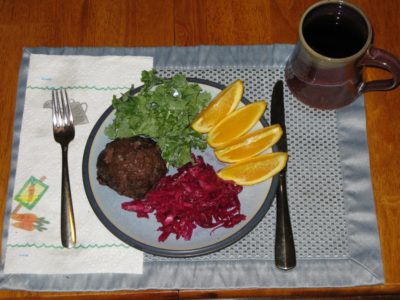 What I Eat for Breakfast on the AIP

I get asked this question very frequently, especially from people who worry … 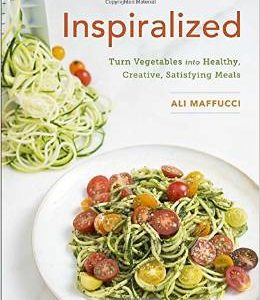