Do you miss roasted potatoes?  I did, until I discovered taro.  Taro is a nutrient-dense tuber native to Southeast Asia.  It is considered a “safe starch” and is recommended as a dense source of complex carbohydrates in Practical Paleo, The Perfect Health Diet, and by Chris Kresser.  Of course, many people include peeled white potatoes in their implementation of a Paleo diet (the phytic acid and glycoalkaloids are concentrated near the peel), but Prof. Lorain Cordain is firmly opposed to consumption of potatoes (see The Paleo Answer for his extensive argument against them).  For the many of us who are intolerant to nightshades, taro is a delicious alternative.

Taro is a small, roundish, dark brown and hairy tuber that is often available in grocery stores and Asian food markets.  It’s outer skin is easily peeled off after steaming.  Many traditional Asian preparations of taro are designed to heighten its inherent sliminess (perhaps why I am not a big fan of these dishes).  This preparation is designed to reduce the slime factor and the end result is a flavor and texture very similar to potato. Serves 3-6. 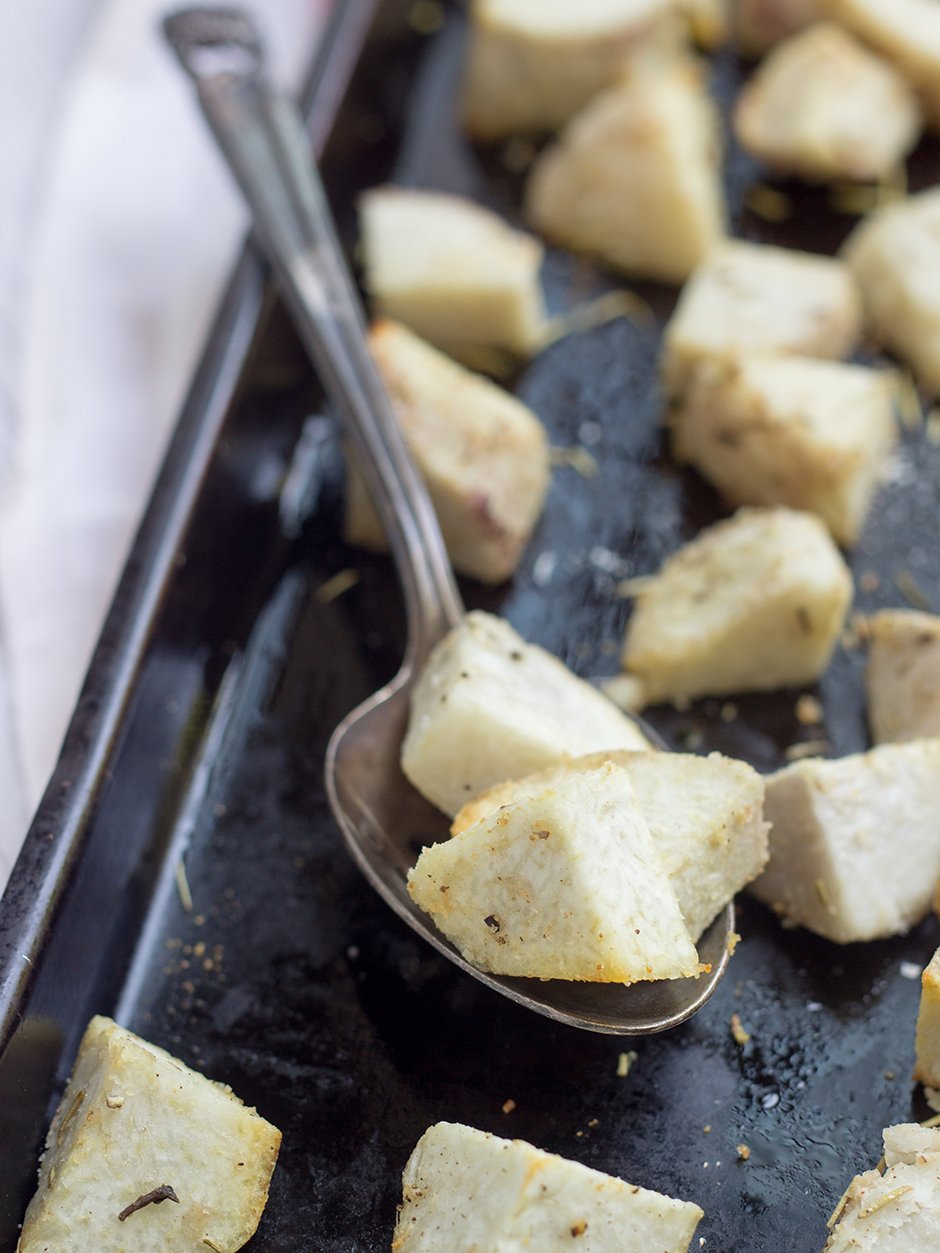 1.    Place whole unpeeled taro in a steam basket or steamer.  Steam for 10-15 minutes (depending on the size of your tubers) until you can pierce them easily with a knife but before they get too soft (this of the firmness of not quite cooked potatoes).
2.    Remove from heat and let cool until you can handle them.
3.    Peel off the bark-like skin (it should come off fairly easily) with a paring knife.  Cut peeled taro into quarters or ½” rounds.  Meanwhile, turn on oven broiler (set to hi, and with a rack 6-8” away from the element in your oven).
4.    Melt tallow (or other cooking fat).  Pour over taro and toss with spices.  (you can do this step in a bowl or directly on a baking sheet).  Spread taro on a baking sheet.
5.    Broil taro for 10 minutes, flipping or stirring every 3-5 minutes, until browned and slightly crisp on the outside.
6.    Enjoy!

Coconut Oil-Poached Whitefish with Asian Pear Slaw
Next Post: Should I Avoid Blueberries On The AIP?