You are here: Home / Nutrition / Move Over, Smoothies and Juice? The Soup-rising Benefits of Souping! 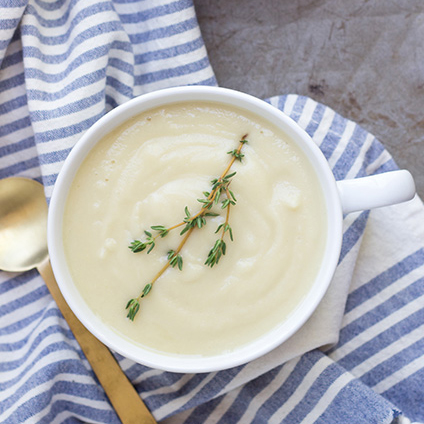 For those of us enduring winter in the northern hemisphere right now, it might not take much convincing to get us eating soup. On a cold day, nothing hits the spot quite like a steaming bowl of broth, veggies, and our favorite animal protein! (Plus, soup tends to be relatively easy to make, versatile in terms of ingredients, and harder to “mess up” than many other dishes, making it a great standby meal even if you’re not a whiz in the kitchen! See Soups and Salads for some ideas.)

But, it turns out that the benefits of soup go much further than being warm and convenient. In fact, compared to other liquid meals popular in health-conscious communities (smoothies and juices, I’m looking at you!), soup offers some unique properties when it comes to satiety, weight loss, and digestion. Far from being a fad, “souping” might be a worthy addition to our nutrient-dense Paleo framework!

The Science of Soup

Most research shows that on a per-calorie basis, liquid calories tend to be less satiating than foods eaten in their solid form. For example, studies of fruit show that both juiced fruit and pureed fruit (the juice plus the fiber) are less filling than eating the same fruit whole (hence why it’s easier to slurp down a fruit smoothie than eat three bananas in a row!). Even protein drinks are less satiating than eating the same calories in solid form. However, soup appears to be a major exception to the solid-is-better rule! Nearly every study conducted on soup (and there have been many!) has found that soup helps us spontaneously decrease our energy intake from subsequent meals, creates long-lasting feelings of fullness, and can be a major boon for weight loss. 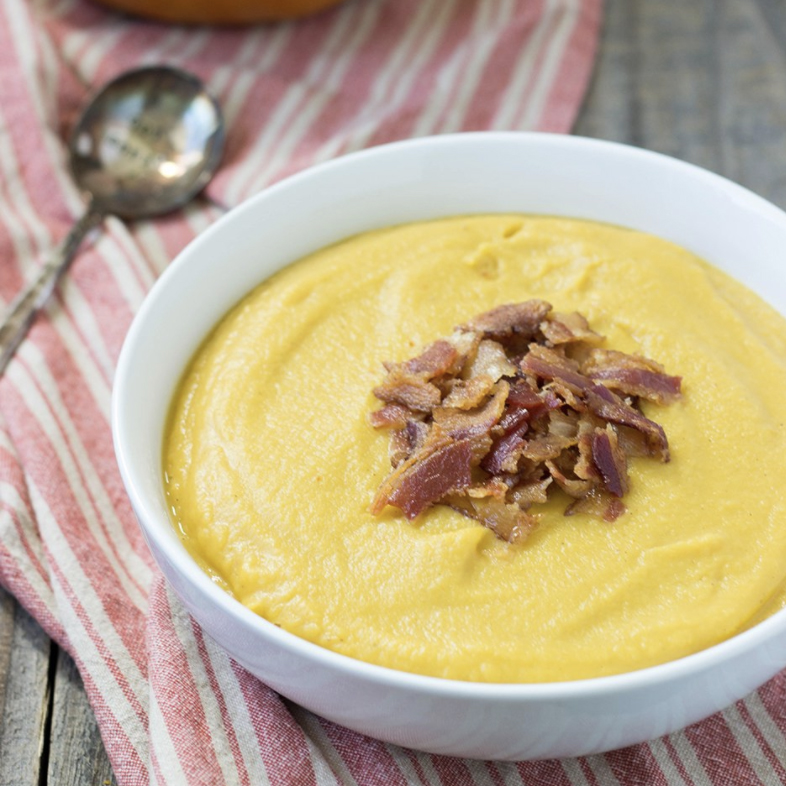 One of the main ways soup helps us feel full for longer is through delayed gastric emptying (that is, taking a longer time to leave our stomachs). One study comparing a solid meal, a chunky soup, and a smooth soup found that the smooth soup (followed by the chunky soup) resulted in the longest gastric emptying times, as well as the longest-lasting gastric distention (the feeling of our stomachs being distended or full). And, although we often associate high-glycemic foods with getting hungry again soon after eating, that satiating smooth soup (followed by the chunky soup) also yielded the biggest glycemic response. It appears that the rapid absorption of nutrients combined with delayed stomach emptying is something our bodies interpret as fullness!

The reason soup spends so long in our stomachs is has to do with something called gastric sieving. This is where the stomach separates the solids from the liquids we’ve ingested (for example, when we drink a glass of water between bites of a solid meal) in order to rapidly empty out the liquid portion and increase the rate of gastric emptying. When those solids and liquids are pre-combined into one thicker consistency (such as with soup), the sieving can’t happen, and the whole meal stays in our stomach for significantly longer. The result is a greater period of time spent with that “just ate!” full feeling, which is one of the signals our bodies use to determine our hunger level. The longer we feel our last meal still in our stomachs, the less likely we are to reach for more food!

Likewise, the smaller particle size of the food in soup (especially smooth soup) leads to more rapid delivery of nutrients (including carbohydrates!) to the duodenum, the first part of the small intestine beyond the stomach. Although this leads to a higher glycemic response, it also leads to a faster release of satiety hormones, including insulin (yes, insulin is an appetite-suppressing hormone!), glucagon-like peptide-1, and cholecystokinin. So, while a rapid rise in blood glucose and subsequent insulin release isn’t ideal in most cases, when combined with the slow gastric emptying induced by soup, the effect appears to be beneficial for appetite control.

Other Perks of Souping 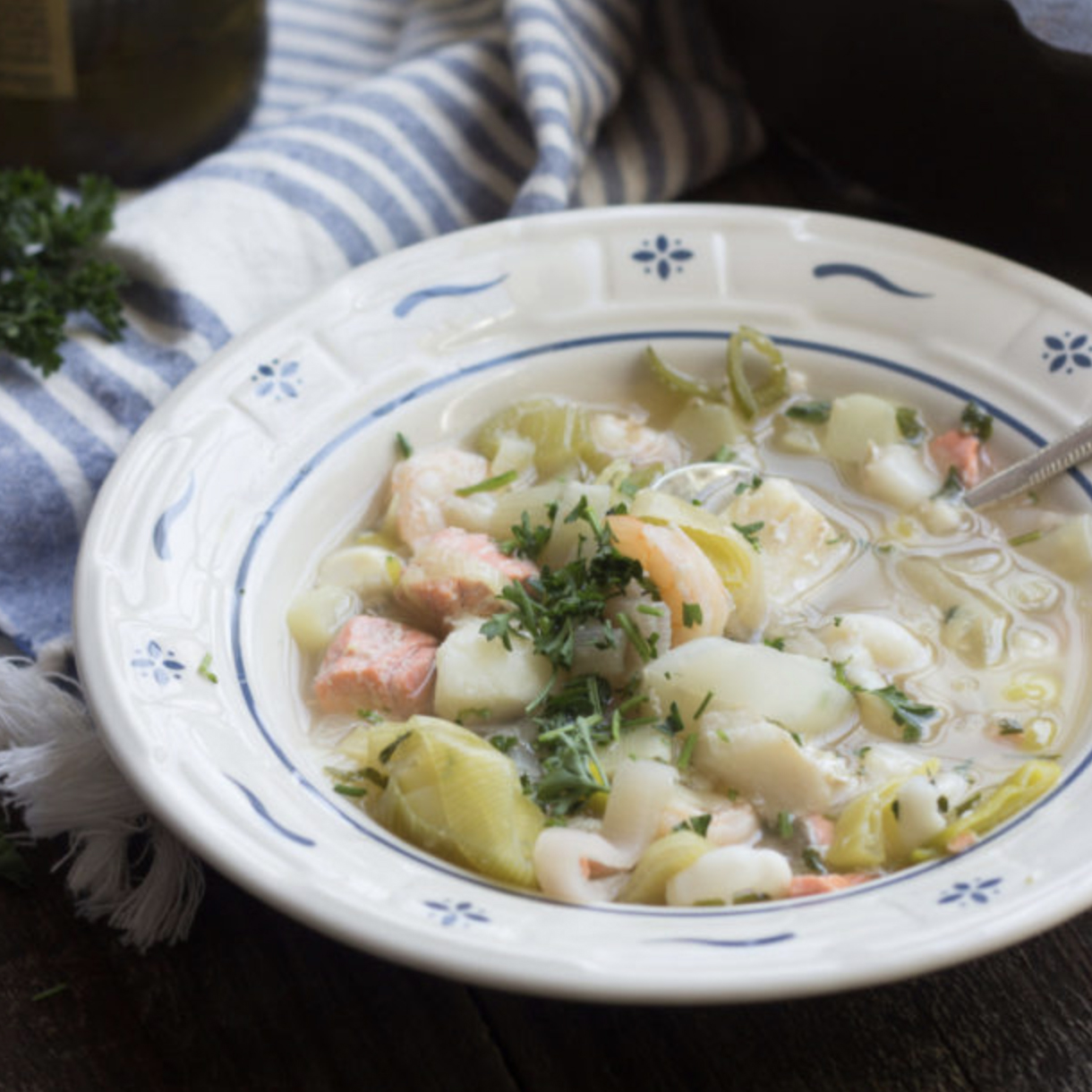 The benefits of soup don’t end with satiation! Another advantage of soup is that, unlike juice or smoothies (which tend to be predominantly carbohydrate), balanced macronutrients are typically a given. The combination of fiber-rich vegetables and meat (fat and protein) creates a well-rounded meal that delivers a balance of macronutrients along with a range of both plant-based and animal-based micronutrients (see The Diet We’re Meant to Eat, Part 3: How Much Meat versus Veggies? and Carbs Vs. Protein Vs. Fat: Insight from Hunter-Gatherers). And, when our soup is made with bone broth, we get the added benefits of the amino acids glycine and proline (see, Health Benefits of Bone Broth, Broth: Hidden Dangers in a Healing Food? and Bone Broth Risks: Skim the Fat!). (Plus, the protein in bone broth and meat further adds to the satiation properties of soup, given protein’s well-known ability to suppress appetite! In other words, don’t skimp on the chicken… or beef… or lamb… or whatever soup meat tickles your fancy!)

Another perk of soup is nutrient retention. Many cooking methods result in the loss of micronutrients in discarded fluids (such as steaming or boiling vegetables and then discarding the water). Any vitamins or minerals leached out of foods during the soup-making process (especially B vitamins and vitamin C) end up in the broth, which we then consume anyway, helping increase the nutrient density of the meal. And, soup is a much gentler way to prepare food than high-temperature cooking methods like grilling or frying, which can cause more severe nutrient destruction. The lower temperatures used for soup may help preserve the nutritional value of the ingredients!

How Much Souping is Enough?

In order to get the benefits of soup, we certainly don’t need to eat it for every meal! Studies have shown that “pre-loading” with soup (that is, eating soup prior to a regular meal) can help us spontaneously reduce our energy intake for the day, and therefore assist with weight loss or weight maintenance (along with all the vitamin, mineral, fiber, protein, and broth benefits that come with soup). As long as we’re enjoying our meals and consuming a diversity of ingredients from both the plant and animal kingdom, it’s pretty hard to do souping wrong!