Between its abundance of gut-healing amino acids, its benefits for joints and skin, its awesome flavor, and its ability to warm us up on a cold winter day, there are plenty of reasons to eat bone broth (and to make our own! See Why Broth is Awesome and Chicken Bone Broth). But, what about the downsides?

There are plenty of myths circulating the internet about possible detrimental health effects of broth, most of which are demonstrably false.  For example, we’ve already thoroughly busted myths about broth being harmful due to free glutamate levels and 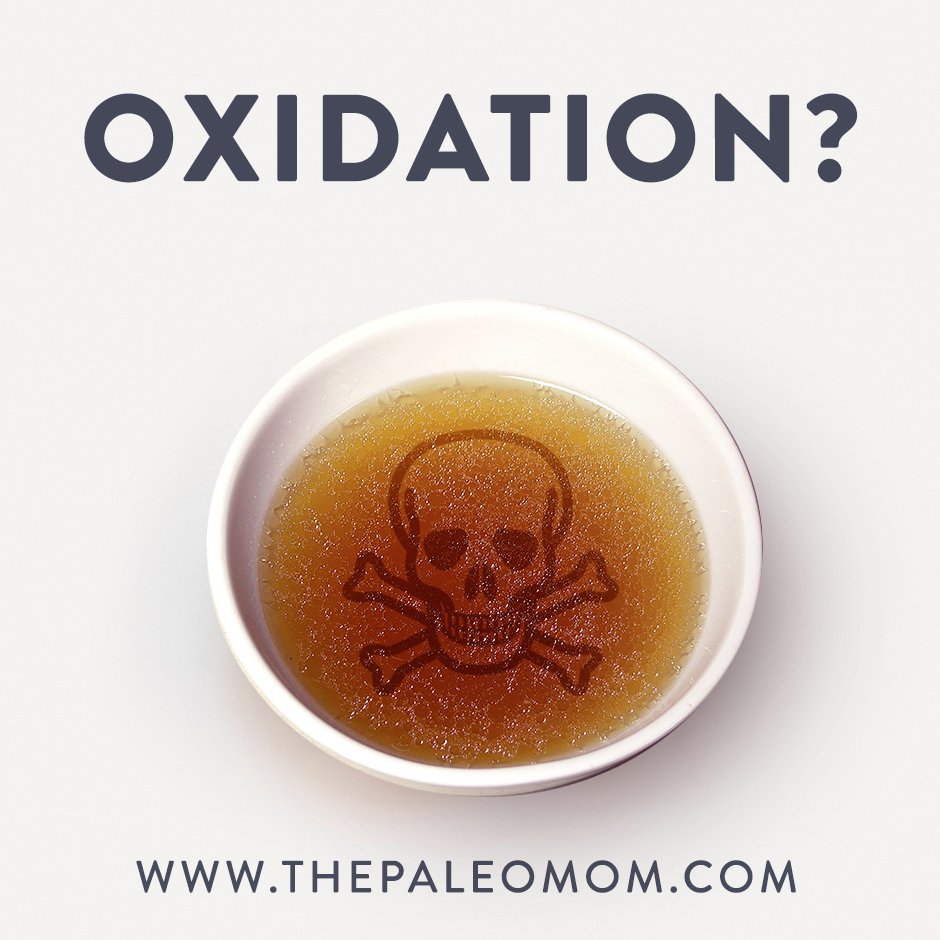 heavy metal contamination (see Broth: Hidden Dangers in a Healing Food?). But there’s another possible concern when it comes to this nourishing food: oxidation. I first got thinking about this probability when my functional medicine doctor mentioned seeing a pattern of increasing LDL and triglycerides in clients consuming homemade broth on a regular basis.  I think this may be attributable to, not to the broth itself, but that delicious layer of fat that rises to the top of our broth.  It might be tempting to save for cooking (or even to slurp down with the broth itself), but could the prolonged exposure to heat and oxygen during the traditional 24-hour to 4-day simmering cause some of it to oxidize and become harmful?

Unfortunately, there aren’t any studies measuring how much oxidation occurs in the fat rendered from bone broth. However, we can apply what we know about oxidative rancidity, the composition of different animal fats, and the broth-making process to get a sense of what’s most likely going on! 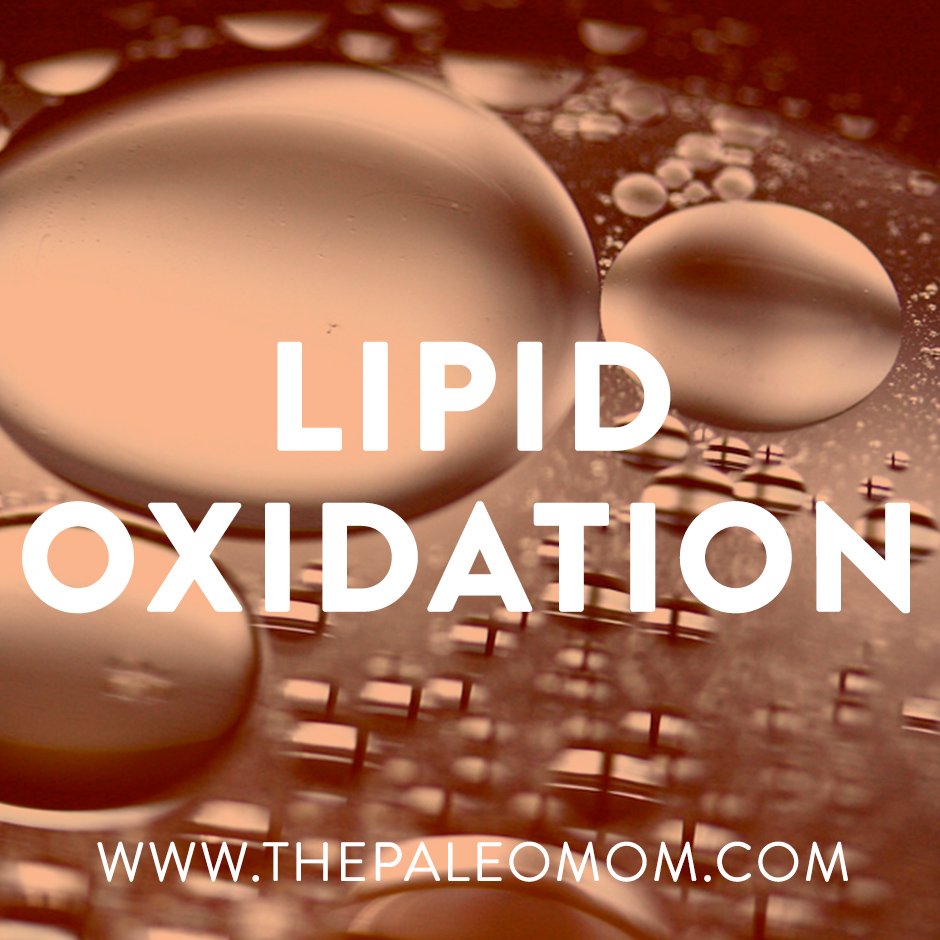 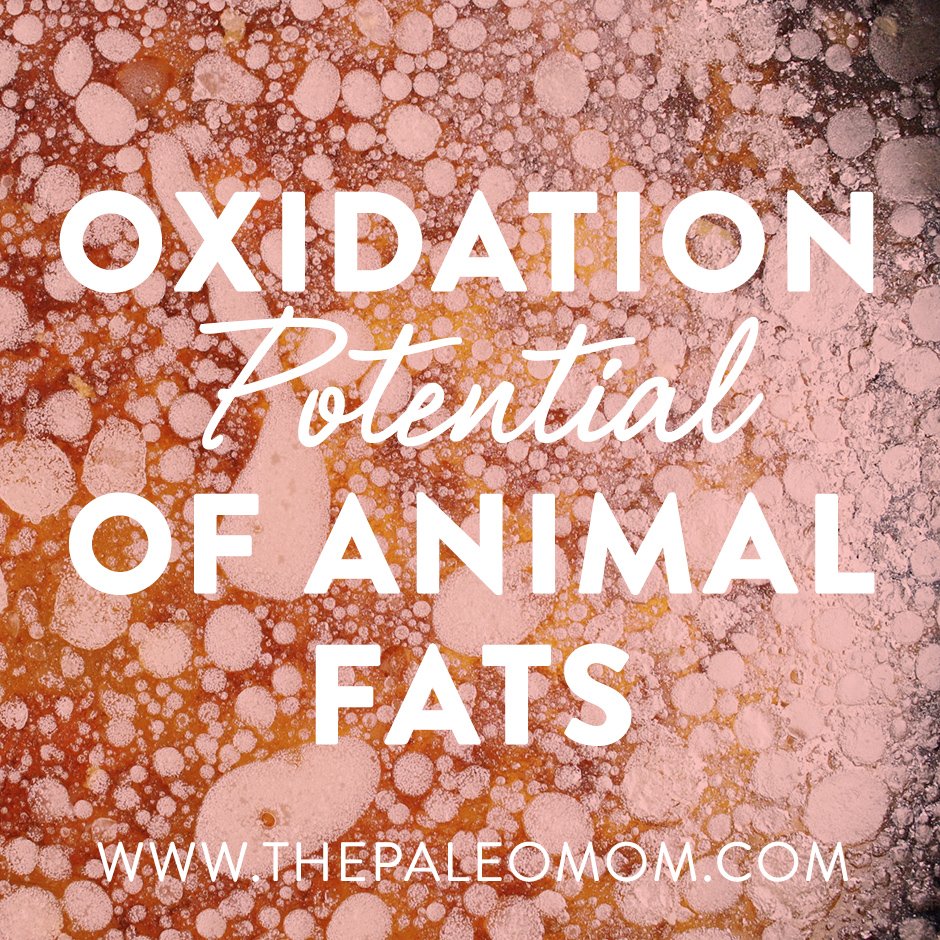 So, how does this apply to the ingredients in bone broth? Although animal fat is sometimes thrown under the umbrella of “saturated fat,” this is a massive oversimplification! All animal fats contain a mixture of saturated and unsaturated fatty acids, including some linoleic acid (the same type of polyunsaturated fat abundant in vegetable oils). The unsaturated fat content in animal is at risk of oxidation during prolonged, oxygen-exposed, or high-temperature cooking. For example:

To make broth, we simmer bones at a temperature just below boiling (typically 94 degrees C, or 200 degrees F). Although this temperature won’t cause fats to oxidize as rapidly as high-temperature cooking methods like frying, damage still does occur—especially because broth spends such a long time simmering (the cooking process can last anywhere from several hours to 48 hours and beyond!). Studies show that highly unsaturated oils like corn oil, olive oil, and mixed seed oil (canola, sunflower, and safflower) begin showing signs of oxidation after only 40 minutes at 80 degrees C, with oxidation increasing during longer cooking times and higher temperatures. So, especially when using bones from animals with a higher polyunsaturated fat content (like chicken and other poultry), we would expect to see a similar process occur in long-cooked bone broth. This is particularly true because the fat rises to the top of the broth and can spend many hours, or even days, exposed to not only heat, but also air (hello, oxidation!). 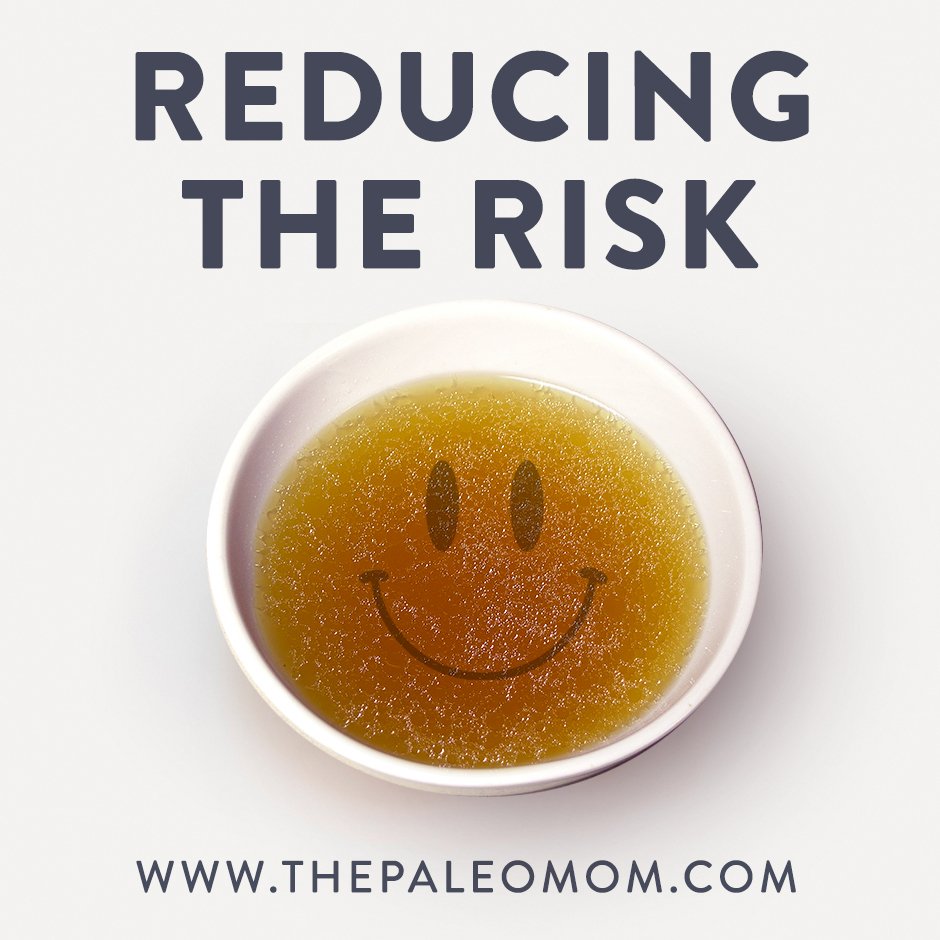 Prolonged cooking times for bone broth have become the norm in recent years because it maximized bone demineralization, thereby increasing the mineral content of the finished product.  I personally, prefer to simmer my bone broth for 36 to 48 hours, until the bones can easily crumble in my hands (at that point, the bones are perfectly edible too, although they aren’t the tastiest of things).  Fortunately, we don’t need to give up the benefits of a low-and-slow-cooked bone broth to minimize the risk from consuming oxidized fats.

So, how do we reduce our exposure to potentially oxidized fat from bone broth without forgoing this wonderful food entirely?

With these tips in mind, we can reap the benefits of bone broth without ingesting harmful oxidized fats!