One of the amazing things about spices is that they do way more than liven up our meals with delicious flavors: they can also help make us healthier. Many herbs and spices are top food sources of important antioxidant phytochemicals (see The Amazing World of Plant Phytochemicals: Why a diet rich in veggies is so important!) in addition to being rich in vitamins and minerals. Plus, spices have been used medicinally for thousands of years around the world, and often serve as the basis for pharmaceutical drugs (which seek to identify, isolate, and amplify the active components of the original plant). Turmeric is one of our best examples of a spice that has both culinary and medicinal value!

Turmeric is probably best known for giving curry its characteristic vibrant yellow color. But, there’s a lot more to this spice than that! Turmeric (also called Curcuma longa) is an herbaceous perennial plant belonging to the ginger family, and has actually been used for nearly 4000 years in India (where it’s native), and is also used in local cuisine, as dye, and as medicine throughout other parts of Asia where it grows. The plant’s rhizomes (an underground portion of the stem) are harvested to produce turmeric spice. The rhizomes are typically boiled or steamed and then dried out in order to produce the powder many of us are familiar with.  Turmeric leaves are also edible and lend a lovely fragrance to meals, so you can take advantage of the entire plant if you’re lucky enough to be able to get some at your local Farmer’s Market or grow turmeric yourself.
To say turmeric has been “highly studied” is a total understatement: well over 3,000 scientific publications exist on this spice, just from the last 30 years or so! And, when we look at all the amazing things in turmeric, it’s easy to see why it’s been the focus of so much research. A number of special compounds exist in this plant (over 100 different components have been isolated so far) that play different roles in supporting our health and protecting against disease. Let’s take a closer look at some of them! 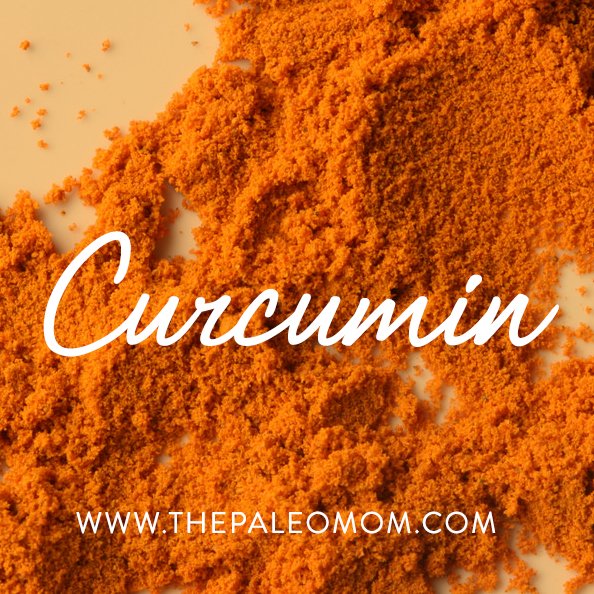 Out of all of turmeric’s beneficial compounds, curcumin (technically known as diferuloylmethane) pretty much steals the spotlight. Curcumin is a natural phenol and is one of three different curcuminoids present in the plant (the others are demethoxycurcumin and bisdemethoxycurcumin). It was first discovered about 200 years ago by researchers who isolated the “yellow-coloring matter” from the turmeric rhizome, and named it curcumin.

So, what can curcumin do? The list is pretty long! Chiefly, this compound has potent anti-inflammatory effects that make it comparable to pharmaceutical NSAIDs. (In fact, studies have been done comparing curcumin to phenylbutazone in rheumatoid arthritis patients and people healing from hernia surgery, and found the curcumin was just as effective as the NSAID treatment!) It works by helping regulate a number of transcription factors, protein kinases, adhesion molecules, cytokines, and enzymes involved in inflammatory processes. There’s also some evidence that curcumin works as a cyclooxygenase (COX)-2 inhibitor by acting at the transcriptional level and possibly posttranslational level (we’ll talk more about this a bit later, since it’s actually a double-edged sword!). And, because inflammation is so central to many chronic illnesses (like heart disease, metabolic diseases, neurodegenerative diseases, and cancer), this makes curcumin (and the turmeric that contains it) a potentially helpful substance for disease prevention.

The list doesn’t end there! Other studies show that curcumin may have antibacterial activity, as well as the potential to lower LDL cholesterol and triglycerides (and improve the HDL/total cholesterol ratio). It’s been shown to boost brain-derived neurotrophic factor, which may play a role in combatting neurodegenerative diseases and depression. A number of studies also suggest it may inhibit tumor proliferation, making it a potentially useful adjunct to cancer treatment.

Apart from all that, curcumin has strong (and somewhat complicated!) effects on the immune system. It can play a role in the activation of T cells, B cells, macrophages, neutrophils, natural killer cells, and dendritic cells, making it an important immune modulator! 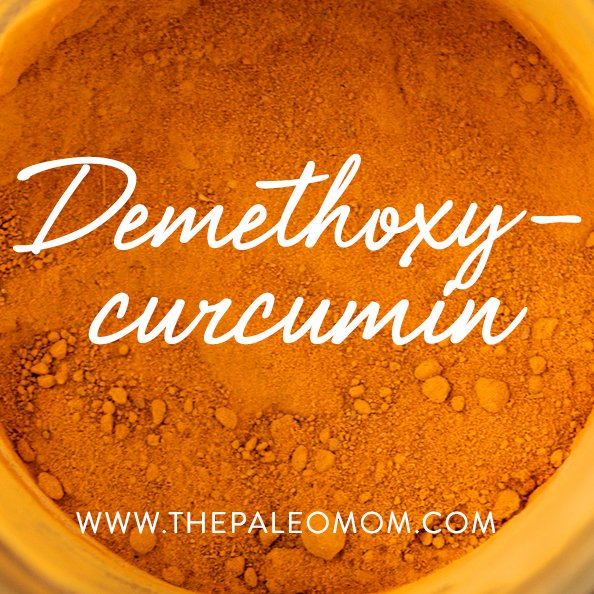 Although demethoxycurcumin is less frequently discussed, this curcuminoid has a number of benefits as well! Like curcumin, demethoxycurcumin possesses strong antioxidant activity, has tumor-suppressive effects, and can help reduce inflammation (in all cases, though, it’s slightly less powerful than curcumin).

Ground turmeric is a surprising source of micronutrients! A single tablespoon provides 26% of the RDA for manganese and 16% of the RDA for iron, two super important minerals. Manganese is essential for helping the body form connective tissue, synthesize clotting factors and

On top of that, a tablespoon of turmeric contains 6% of the RDA for vitamin B6 and smaller amounts of vitamin C, niacin, magnesium, phosphorus, copper, potassium, calcium, folate, riboflavin, thiamin, vitamin K, and vitamin E. It also contains 1.4 grams of fiber and a small amount of awesome, anti-inflammatory omega-3 fatty acids. 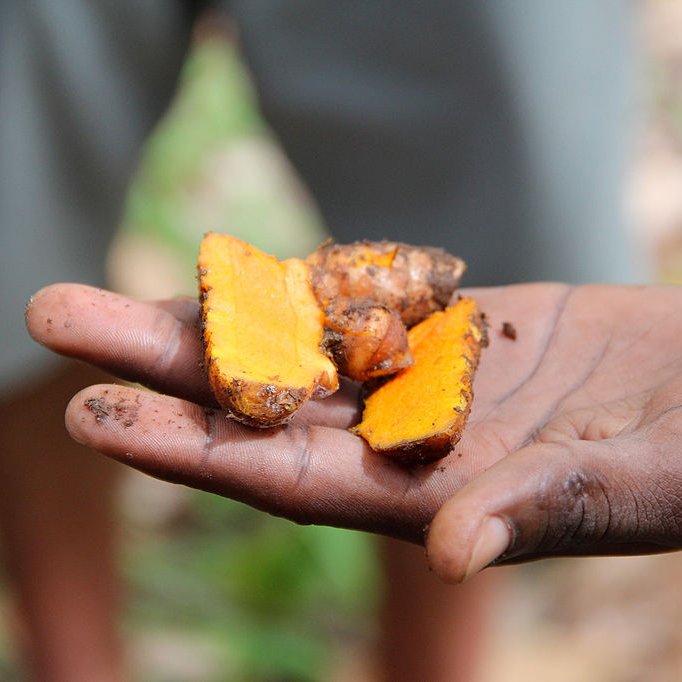 Are There Any Risks?

Despite the huge list of valid benefits of turmeric (and its various components), supplementing with curcumin could actually backfire. Why? It turns out, the effects of curcumin aren’t linear. There’s some evidence that at both low and excessive levels, it stops becoming anti-inflammatory and actually becomes either pro-inflammatory or immune-suppressive.  At low concentrations, curcumin increases proinflammatory cytokine production and enhances antibody responses; note that this could be beneficial for helping us fight infection but detrimental in some situations like autoimmune disease.  At very high concentrations, curcumin suppresses the immune system, even causing DNA damage to mucosa cells and lymphocytes.

Although the role of curcumin as a COX-2 inhibitor is still being researched, there’s a risk that high doses of curcumin have a similar impact as NSAIDS (which are also COX-2 inhibitors) on the gut. Which is to say, not good! NSAIDS are known for damaging the gut barrier and causing intestinal lesions (which can become ulcers), since the enzyme they inhibit (cyclooxygenase) plays such an essential role in maintaining the integrity of the gut’s mucous layer. The result is a gut that becomes far more susceptible to damage from other sources, like dietary toxins and exercise-induced intestinal-barrier disruption.

In fact, some research supports the possibility that turmeric can have these same negative gut effects as NSAIDS: clinical trials on ulcers found that healing was actually worse in the turmeric groups compared to placebo or antacid groups—suggesting that turmeric might actually be ulcerogenic and delay the rate of healing in peptic ulcer disease. Although only a few studies exist in humans, some rodent studies found that curcumin supplementation was capable of inducing gastric ulcers after six days. (So, supplementing with curcumin is strongly discouraged for anyone with a history of ulcers, or who’s dealing with an ulcer currently!) 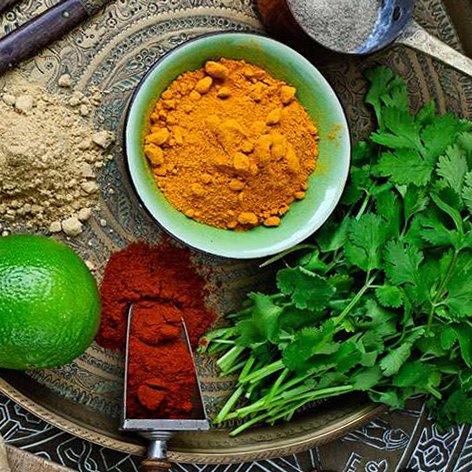 On top of that, excessive curcumin may produce additional negative side effects. One study found that high doses of curcumin might cause neurotoxicity and aggravate morphine tolerance, due to inhibiting the expression of antiapoptotic cytokins and neuroprotective factors. Several clinical studies using 3.6 to 8 mg of curcumin supplements each day resulted in nausea and diarrhea in some participants. Other studies have shown that contact dermatitis can occur when turmeric is used externally. And, there’s a possibility that curcumin can interfere with certain drugs, such as antiplatelet agents (since curcumin can inhibit platelet aggregation), as well as be a problem for pregnant women when taken in medicinal doses, since it can increase uterine contraction.

Although curcumin has had really promising results in a number of clinical trials, it should only be used with caution and under medical supervision. Instead, we can maximize the benefits of turmeric by consuming it in its whole-food form rather than supplementing with its isolated components (and not just because of the potential adverse effects). As we’ve seen in this post, turmeric contains a whole lot more than just curcumin: it has other curcuminoids, a variety of micronutrients, fiber, and omega-3s that all provide additional support for our health. Consuming turmeric as a spice, even in generous amounts, also makes it more difficult to ingest the excessive levels of curcumin that could be harmful.

Getting the Most Out Of Turmeric 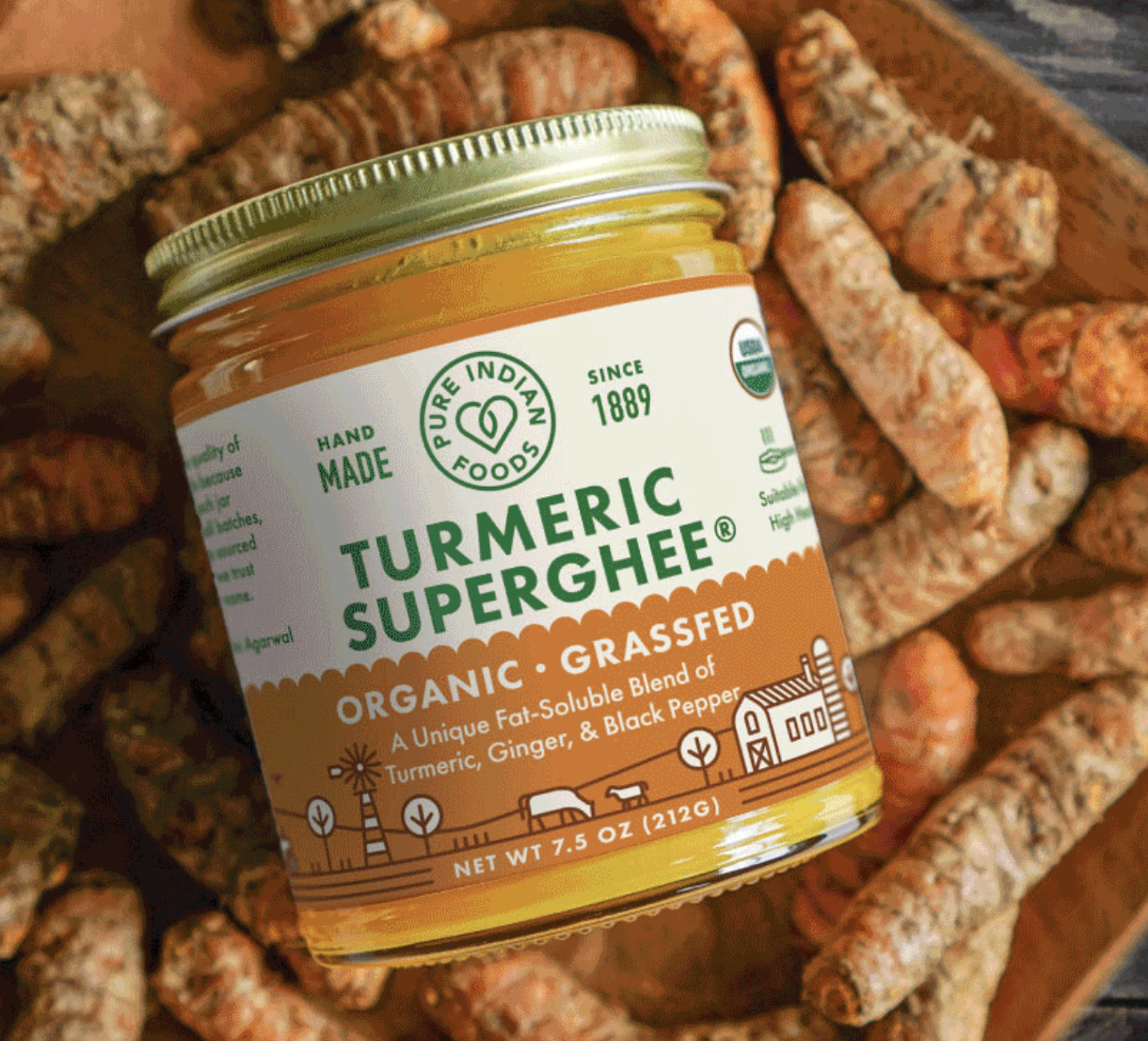 Eaten on its own, the compounds in turmeric (especially curcumin) are really poorly absorbed (curcumin is rapidly metabolized in the liver and intestinal wall, so very little of it actually makes it into the bloodstream!). In fact, absorption issues are the number one reason why pharmaceuticals research exploiting curcumin’s beneficial properties has reached (at least temporarily) a dead end. That means that simply adding turmeric to a meal here and there might not be enough to reap all its potential rewards (it’s micronutrient content is still very beneficial!). But, there are some well-proven tricks for enhancing its absorption and getting the most out of this spice! For example: 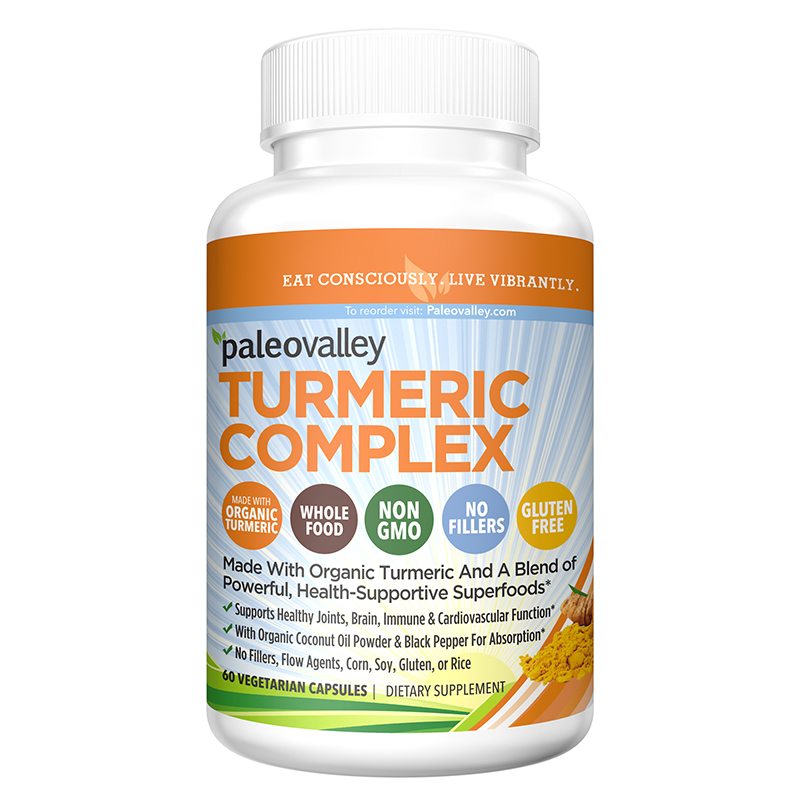 Since quality is so important when it comes to turmeric’s efficacy, I’m very careful about sourcing this spice. My preferred source for quality turmeric for cooking applications is Pure Indian Foods. This family-owned company makes a very potent turmeric powder that’s great for cooking, as well as a Turmeric Superghee that mixes synergistic nutrients to increase bioavailability of fat-soluble curcumin.

And, my preferred source for turmeric in supplement form is Paleovalley Turmeric Complex. A moderate dose of high-quality whole organic turmeric is combined with black pepper and coconut oil to aid absorption, along with rosemary, cloves and ginger as additional sources of anti-inflammatory phytochemicals, all in a convenient capsule with no fillers, wheat, gluten, soy, dairy, corn, rice or GMO ingredients!

The bottom line: Turmeric is a highly beneficial spice with a long history of use, but supplementing with excessive amounts (especially curcumin supplementation) may undo some of the benefits we see at more moderate levels. So, enjoy cooking with this delicious ingredient!