When it comes to supplements, one of the biggest challenges is navigating the overwhelming number of products available, and finding which ones are backed by legitimate research (especially human studies!). This is particularly true when it comes to nootropics, a class of chemicals that enhance memory or other cognitive functions. Not surprisingly, the market of nootropics is growing rapidly (let’s face it, who doesn’t need a brain boost these days?!), leaving us with a huge variety of products to choose from. Whether you’re dealing with brain fog or just want to up your cognitive game, the question is the same: What should we pick when we want to cut through the hype and find something truly science-based?

As I’ve written about previously (Achieving Work-Life Balance with a Fit Mind), my favorite nootropic supplement is Fit Mind by Restorative Blends. Not only have I experienced enormous cognitive benefits from using it myself, but every ingredient it contains is backed by a body of scientific evidence supporting its effects (which is super important; none of us are immune to the placebo effect, so well-designed studies are generally worth way more than personal anecdotes!).

Let’s take a closer look at the nootropic effects of these ingredients to see how they benefit our brain! Choline has received plenty of airtime lately thanks to its role in liver health and neurological function (and not to mention, helped redeem egg yolks, which are one of its most abundant sources!). When it comes to nootropics, the phospholipid CDP-choline is particularly useful for our cognitive health. Not only does it supply our bodies with choline, it also provides cytidine—a component of ribonucleic acid (RNA) that can get converted into uridine (another component of RNA) once it enters the brain. Uridine is a big player in repairing neurons and cell membranes, in turn boosting brain plasticity and helping improve memory. So, CDP-choline delivers a pretty impressive package deal!

But, what do the clinical trials say? Even well-designed studies using humans suggest that CDP-choline is a highly effective nootropic supplement. One study of healthy adult women found that after four weeks of supplementing with either 250 mg or 500 mg daily of CDP-choline, cognitive performance test scores improved (fewer omission and commission errors) compared to the placebo group, suggesting an increase in attentional performance. Additional trials have shown that CDP-choline (at doses of 500 to 2000 mg daily) can help improve verbal memory formation and memory recall in the elderly. And, among healthy adolescent males, supplementing with 250 or 500 mg daily of CDP-choline has been shown to improve attention and psychomotor speed, compared to a placebo.

What’s exciting about CDP-choline is that it appears to have benefits for people of any age, gender, or cognitive baseline (that is, both healthy people and people with existing cognitive disorders can see improvements!).

L-carnosine is a dipeptide (consisting of the amino acids beta-alanine and histidine) found most abundantly in meat products, and heavily concentrated in our brains. Along with being a powerful antioxidant (helping protect brain cells from oxidative damage), L-carnosine helps increase the energy output of our mitochondria. It even holds potential for reducing the symptoms of Alzheimer’s disease and other neurodegenerative disorders!

Much of what we know about L-carnosine comes from a compelling mixture of rodent and in vitro studies demonstrating its ability to protect brain cells against nitric oxide-induced damage, improve neurological function after stroke conditions, and cause an overall improvement in brain function. But, the existing clinical trials are also compelling! In human studies, L-carnosine has been shown to enhance neurologic function in children with autism spectrum disorders (at a supplemental intake of 800 mg of L-carnosine per day) and improve cognition in symptomatically stable schizophrenics (at an intake of 2 g per day). Among the elderly, carnosine combined with anserine (a total of 1 g daily with three parts anserine and one part carnosine) has been shown to preserve verbal episodic memory. Collectively, the evidence points to some serious cognitive benefits from supplementing with L-carnosine! Take that brain fog!

Bacopa monnieri might not be a household name, but this nootropic herb can be a major brain booster. Also known as water hyssop (and commonly used in Chinese and Ayurvedic medicine), Bacopa monnieri appears to promote the growth of nerve endings, in turn enhancing neuron communication. Some of its most thoroughly demonstrated effects are reducing anxiety and improving memory formation.

In human trials, supplementing with 300 mg of Bacopa monnieri daily has been shown to improve memory acquisition and retention, decrease symptoms of anxiety, boost retention of new information, and improve working memory (especially spatial working memory accuracy) among a wide range of ages. Doses of 320 mg daily have also been shown to boost cognitive performance in healthy adults. Even doses as low as 125 mg per day appear to improve mental control, logical memory, and paired associated learning among healthy participants.

A meta-analysis of randomized controlled trials on adults taking Bacopa monnieri found that the herb can, indeed, significantly improve cognition, particularly when it comes to speed of attention. And, another meta-analysis of children and adolescents found that Bacopa monnieri consistently and significantly improved elements of cognition, behavior, and attention-deficit domains!

ALCAR is the acetylated form of the amino acid L-carnitine (the acetylated version provides higher bioavailability and stronger nootropic effects than L-carnitine alone!). On top of being well-studied for its perks for body composition and athletic performance, different forms of L-carnitine can help support neuron health, improve cognitive capacity, and increase attention and alertness.

ALCAR helps our body biosynthesize choline into acetylcholine, by increasing the availability of Acetyl-CoA (which binds with choline to create acetylcholine). This is important both directly and indirectly: along with acetylcholine playing an important role as a neurotransmitter, too-low levels of acetylcholine can reduce the benefits of certain other nootropic supplements, including choline! So, ALCAR is helpful in part due to its ability to enhance the effectiveness of other brain boosters.

Beyond supporting acetylcholine production, ALCAR has benefits for specific groups of people that have been confirmed in human trials. Among people with chronic fatigue syndrome, ALCAR (at an intake of 2 g per day) was able to improve concentration and mental fatigue. Similarly, among the elderly, ALCAR supplementation has been shown to reduce mental fatigue and improve cognition. Additional research suggests improvement of symptoms for people with ADHD and autism spectrum disorders who supplement with ALCAR. 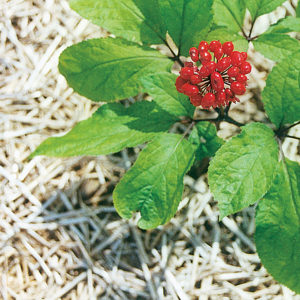 Panax ginseng (also called Asian ginseng) is an herb with a long history of use in Chinese medicine. And, even Western medicine is showing it can be a powerful nootropic supplement!

In one study, 200 mg per day of Panax ginseng improved scores for social functioning and mental health after four weeks (although the longer-term effects seemed to diminish). Other trials suggest Panax ginseng may improve reaction time, reduce the frequency of errors in cognitive tests, and improve alertness. This herb seems to be most effective for people with fatigue, due to its ability to increase cognition through anti-fatigue effects.

Phosphatidylserine is a phospholipid (a major component of cell membranes) with significant benefits for working memory and cognition. In our bodies, it’s highly concentrated in neural tissue, where it serves as a building block for brain cells! Even though our body can make some on its own, boosting our intake through diet or supplements results in documented nootropic effects. 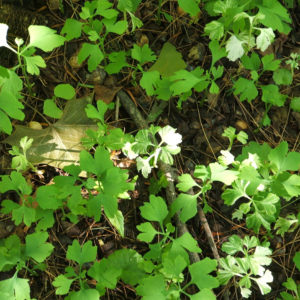 Ginkgo biloba is one of the oldest tree species on planet earth! Science is confirming that extracts from the leaf of this ancient plant not only have benefits for our overall health, but can also specifically enhance memory, improve cognition, and serve as a brain protectant.

In the supplement world, many products are promoted based on evidence from in vitro studies and animal models (if there’s any scientific evidence at all!). Although these kinds of studies are important starting points, they rarely translate perfectly to the human body, leading to a market full of supplements that might not be truly effective. One of the biggest points in favor of Fit Mind is that every ingredient has proven nootropic effects in human beings—creating a synergistic product that we can be confident about taking!

One last note to my AIP readers:  Many of these ingredients also have profound anti-inflammatory effects that could benefit autoimmune disease. For example, panax ginseng can downregulate Th17 cells, a common culprit in autoimmune disease.  And ginkgo biloba decreases TNF-α, NF-κB and IL-6 expression.  Bacopa monnieri has potent anti-inflammatory properties but there’s also preliminary evidence that it might increase IgA and IgG antibody production via a differential effect on Th1 versus Th2 cell subsets. There’s not a compelling reason to label this supplement as “not AIP” and there’s some serious ticks in the pros column, but as always with supplements for those with autoimmune disease, I recommend proceeding cautiously and discussing first with a healthcare provider first.

TPV Podcast, Episode 270: Lady Gaga and Taking Care of Yourself
Next Post: Should We Be Worried About Radiation from Fukushima?