Potatoes are a gray area food.  Some people include peeled potatoes in their Paleolithic diets and some don’t.  My preference is not to, especially when there are such great tasting alternatives around.  This soup is a perfect example.  I have always loved potato leek soup, so I decided to experiment with a version of this soup devoid of potatoes.  I was pleasantly surprised to discover that replacing the potatoes with rutabaga and cauliflower resulted in an even more flavorful soup that still retained all the creamy goodness of the original.  This is definitely a good recipe to break out the butter from pasture-fed cows (you can omit the butter altogether if you are avoiding all dairy, or replace with pasture-fed tallow or lard).  I like this soup served with scallops or crab meat (as depicted).  A slice or two of Elena Amsterdam’s Paleo Bread is a welcome addition to the meal too. 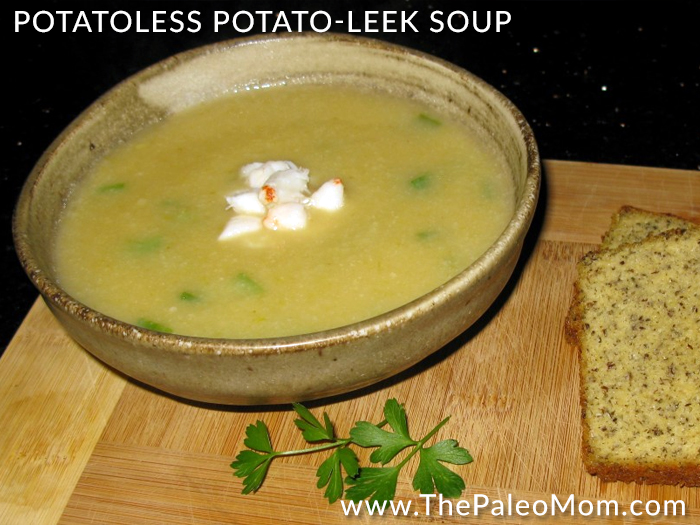