Pseudograins are the starchy seeds or fruits of broadleaf plants—the most common of which are amaranth, buckwheat, chia, and quinoa—whereas cereal grains are the starchy seeds of grasses. Pseudograins definitely provide more nutrition than grains, having good amounts of vitamins B1, B2, B3, B6 and B9, magnesium, phosphorous, copper and manganese as well as fiber and some iron. They also contain some antioxidant and anticancer phytochemicals. Chia is a very rich source of omega-3 fats, albeit in the less useful ALA form. Given that these starchy seeds are often touted as superfoods, why do they get lumped in with grains as a Paleo no-no?

Pseudograins contain many of the same problematic compounds found in grains and legumes—including prolamins, agglutinins, saponins, phytates and digestive enzyme inhibitors—although the amounts tend to be lower (see Are all lectins bad? (and what are lectins, anyway?), Why Grains Are Bad-Part 1, Lectins and the Gut, How Do Grains, Legumes and Dairy Cause a Leaky Gut? Part 2: Saponins and Protease Inhibitors, Wheat and Innate Immunity and The WHYs behind the Autoimmune Protocol: Nightshades). For example, quinoa contains about 7% prolamins as a percent of total protein (compared to 65% percent in wheat). And, while several studies have shown that quinoa does not aggravate celiac disease activity, one study that analyzed fifteen different cultivars of quinoa demonstrated that four contained gluten cross-reactive proteins and two (Ayacuchana and Pasankalla) stimulated T cells isolated from celiac disease patients comparably to gluten (see Gluten Cross-Reactivity: How your body can still think you’re eating gluten even after giving it up.). Amaranth prolamins weakly bind with antibodies against gliadin, indicating some cross-reactivity, although studies generally conclude that amaranth is safe for celiac disease sufferers. 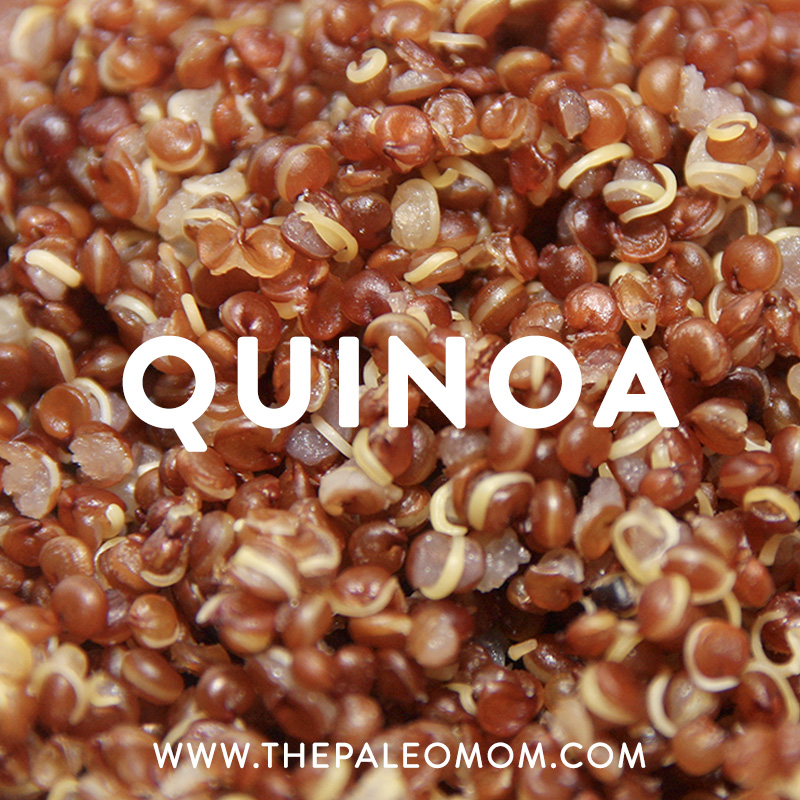 Quinoa is particularly high in saponins, which remain unchanged even after cooking (although they can be reduced somewhat by soaking then rinsing quinoa); see How Do Grains, Legumes and Dairy Cause a Leaky Gut? Part 2: Saponins and Protease Inhibitors. While quinoa saponins have been shown to reduce production of some inflammatory cytokines in cell culture models, vaccine research has proven that quinoa saponins are powerful adjuvants, meaning they’re great at ramping up an immune response to an antigen. What’s more, ingested quinoa saponins act as what’s called a mucosal adjuvant, meaning that they both increase the amount of antigen that crosses from the gut into the blood (by increasing intestinal permeability) and exaggerate the antibody response to that antigen. They do the same thing for intranasal administration, so they can increase the permeability of other epithelial barriers too. Quinoa saponins have also been shown to increase intestinal permeability in pigs (no human studies have been done). 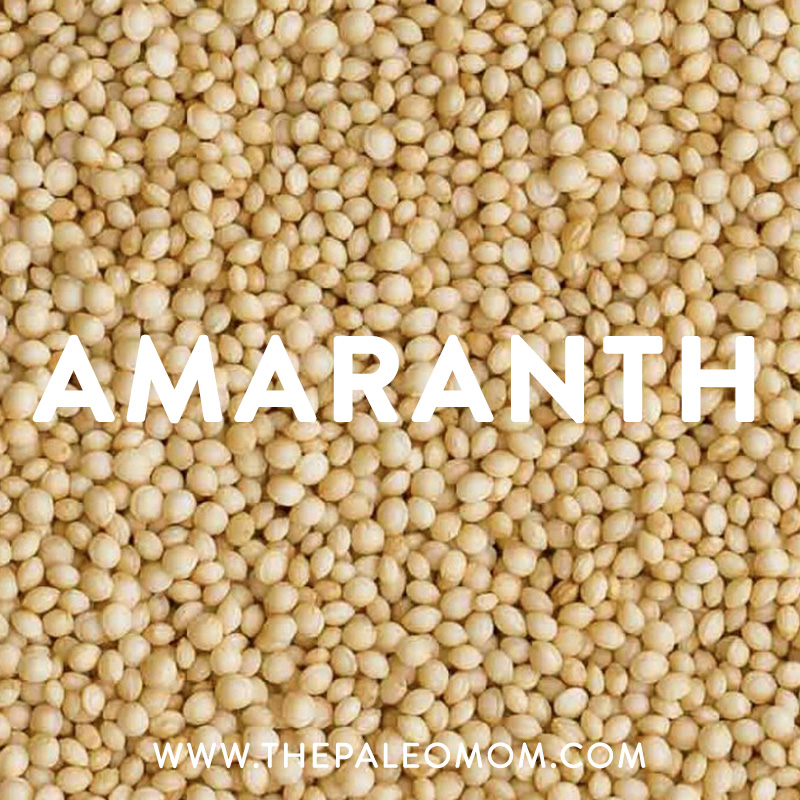 Amaranth saponins have been shown to be toxic at very high doses in animal studies (it would be challenging to consume anywhere near that level for humans) but also to have some hemolytic activity (meaning they can break blood cells apart) indicating that they could impact the health of the gut barrier. Amaranth also contains low levels of phytohemagglutinin (see Are all lectins bad? (and what are lectins, anyway?), and Why Grains Are Bad-Part 1, Lectins and the Gut,). 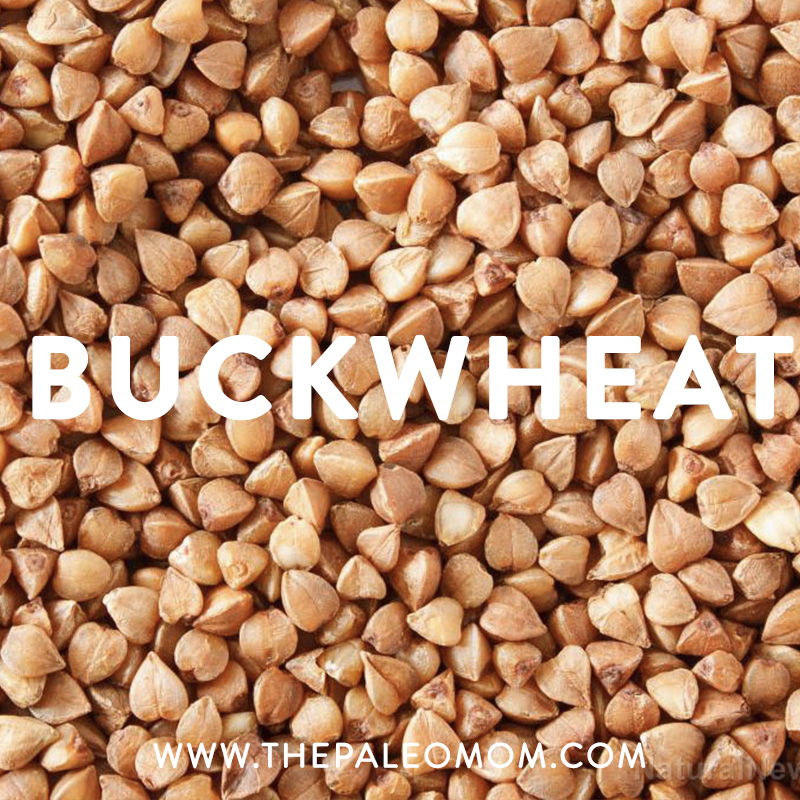 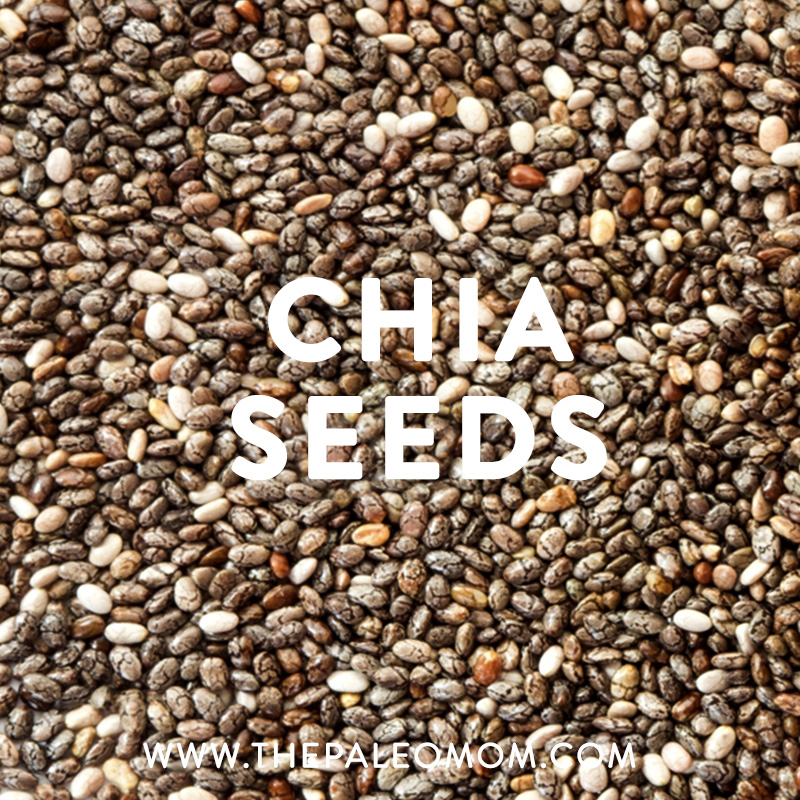 What about chia? This pseudograin comes from a different family than quinoa, buckwheat or amaranth and it doesn’t appear to contain the problematic compounds identified in other pseudograins. While it doesn’t get an automatic pass owing to its mucilaginous fiber content which is discussed in more detail in Mucilaginous Fiber: The Good, the Bad, and the Gooey, chia is particular high in calcium, phosphorus, potassium, and magnesium, with moderate amounts of sodium, iron, zinc, vitamin B3, and vitamin C. Chia contains between two and ten times more fiber than whole grains and a 3:1 ratio of omega-3s to omega-6s. Chia also contains antioxidant phytochemicals including chlorogenic and caffeic acids, as well as the flavonols myricetin, quercetin, and kaempferol. See The Amazing World of Plant Phytochemicals: Why a diet rich in veggies is so important!

Pseudograins Are Not Paleo

In summary, quinoa definitely deserves its place on the Paleo Foods to Avoid list, and compelling arguments can be made against buckwheat and amaranth, although more scientific studies are definitely needed. Chia is considered a middle-ground food due to its mucilaginous fiber intake yet otherwise compelling nutrition.

Gee JM, et al. “Saponins of quinoa (Chenopodium quinoa): Effects of processing on their abundance in quinoa products and their biological effects on intestinal mucosal tissue.” Journal of the Science of Food and Agriculture. 1993;63(2):201-209.

Estrada, B. Li, and B. Laarveld. “Adjuvant action of Chenopodium quinoa saponins on the induction of antibody responses to intragastric and intranasal administered antigens in mice.” Comparative immunology, microbiology, and infectious diseases 21, no. 3 (1998): 225-36.

Oleszek, M. Junkuszew, and A. Stochmal. “Determination and toxicity of saponins from Amaranthus cruentus seeds.” Journal of Agricultural and Food Chemistry 47, no. 9 (1999): 3685-7.