The WHYs behind the Autoimmune Protocol: Eggs

Eggs are one of the most allergenic foods with approximately 2-3% of the population affected.  However, people are still surprised when I advertise an egg-free recipe or mention that I can’t eat eggs.  It’s not because I’m allergic but because I have an autoimmune disease and eggs are excluded on the Autoimmune Protocol.  Given that eggs are such an important staple for the Paleo enthusiast (as a breakfast food, as a cheap protein, and as an ingredient in the vast majority of Paleo baking recipes), I get asked “Why Eggs?” frequently.

One of the main functions of the white of the egg is to protect the yolk against microbial attack while the embryo grows.   It achieves this worthy goal by using proteolytic enzymes (or proteases), enzymes that can cleave proteins into shorter chains of amino acids (typically rendering those proteins inactive/useless in the process).  There are many different types of proteolytic enzymes, each highly specialized to cleave a specific type of protein and/or in a specific place.  In particular, the proteolytic enzymes in egg whites are very good at cleaving proteins in the cell membranes of certain bacteria (specifically gram-negative bacteria, which I’ll come back to in a couple of paragraphs).  The specific protease in egg whites that those of us with autoimmune disease (or severe allergies or severely leaky guts) need to be concerned with is called lysozyme.

I used to use lysozyme in the biology lab to break apart the membranes of bacteria (typically bacteria that I had engineered to grow specific DNA strands for me).  Lysozyme is specific for bacterial membranes, works very quickly, is very resistant to heat, is stable in very acidic environments (so it’s still active even after cooking eggs thoroughly and digestion!), and is really a pretty ingenious little enzyme (that’s me geeking out).  Humans also produce lysozyme as part of our normal defense mechanisms against bacterial infections.  It is present in our saliva, tears and mucus (including the mucus layers in the intestines).  So, if we already make our own lysozyme, why is it a problem in egg whites?

Lysozyme has an unusual chemical property (it maintains a positive charge) that allows it to cross through the enterocytes by electrostatic attraction to negatively charged proteins imbedded in the enterocyte cell surface (proteoglycans).  Research confirms that consumed lysozyme gets into the circulation even in healthy individuals (even in conjunction with food intake, although the amount that enters the circulation is lower). 1,2,3Absorption of pure egg white lysozyme by itself into circulation is likely not problematic because lysozyme is an enzyme that the body naturally produces (unless it is absorbed in very high concentrations and then it can cause kidney damage).  The problem is the other proteins that piggyback on lysozyme across the gut enterocyte barrier.  It is this “leak” of other egg white proteins that is the reason why egg allergy is so common.  Any other proteins present in the digestive tract can potentially bind in the lysozyme complex and get helped across the gut and into the blood stream (or lymph).  And because lysozyme binds bacterial wall proteins, these are likely to “leak” across the gut enterocyte layer as well.  These foreign proteins are believed to contribute to a molecular mimicry response where the body, in its attempt to form antibodies against these foreign invaders, accidentally creates an antibody that also recognizes a normal protein in the human body.

It’s also important to point out that the ability of lysozyme to cross the gut barrier (carrying potentially immunogenic proteins along with it) is a fairly small effect.  In normal, healthy individuals, lysozyme is not likely to cause significant damage to the healthy lining of the gut or cause a substantial immune response (although the effect of lysozyme is why Prof. Loren Cordain recommends limiting eggs to 6 per week).  In healthy individuals, pastured or omega-3 eggs can be an excellent, inexpensive source of protein, omega-3 fatty acids, lutein, zeaxanthin, choline, selenium, phosphorus, vitamin A, vitamin D and the B vitamins.  However, in the case of autoimmune disease, individuals are more sensitive and tend to have exaggerated immune and inflammatory responses to foreign proteins in the circulation.  These individuals are also more likely to form auto-antibodies in response to bacterial proteins that may enter into the circulation with lysozyme.

You might notice here that this discussion was entirely related to egg white proteins.  Egg yolks are not likely to cause these issues.  However, if you are following the Autoimmune Protocol, I urge caution since egg yolks are a very common food sensitivity in those with leaky guts (note that this is different than being allergic to them).  I still recommend avoiding both egg white and yolk when you first adopt the Autoimmune Protocol.  But, of all of the foods that are restricted in this protocol, I think egg yolks are the most likely to be tolerated and many people can add them back in. 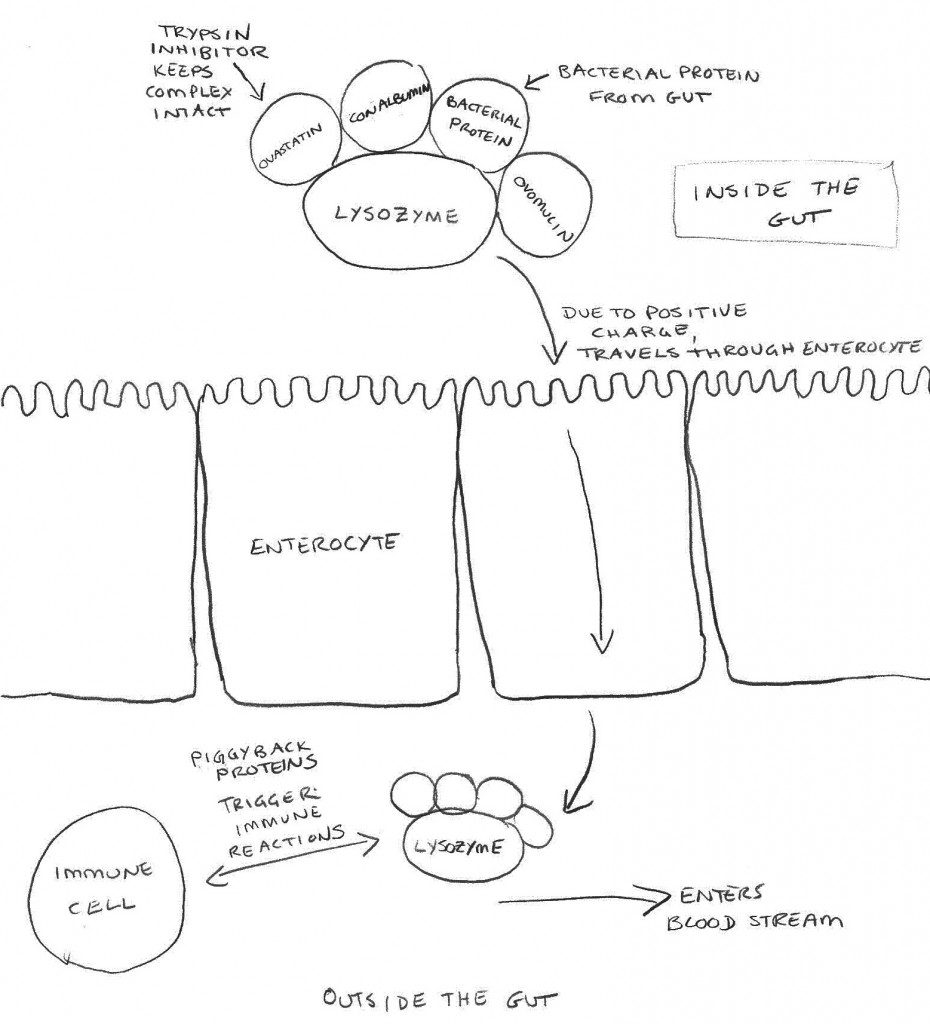 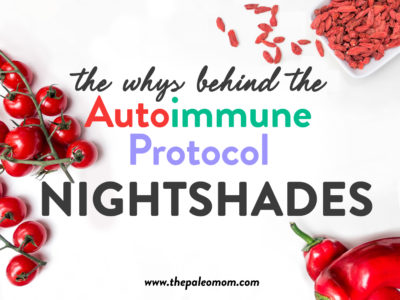 The WHYs behind the Autoimmune Protocol: Nightshades

Tomatoes, potatoes (but not sweet potato), eggplants, sweet and hot peppers (but … 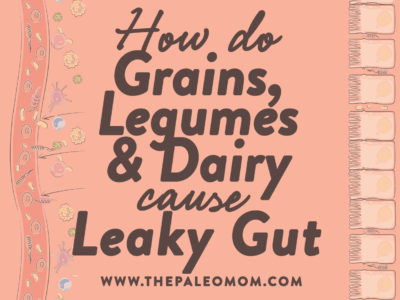 How Do Grains, Legumes and Dairy Cause a Leaky Gut? Part 2: Saponins and Protease Inhibitors

One of the fundamental principles of the Paleo diet is to support gut health. … 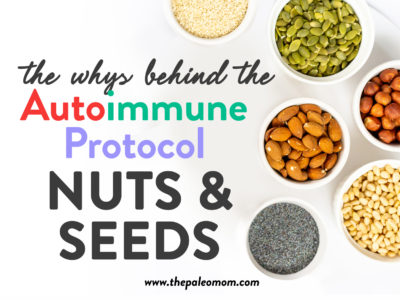 The WHYs behind the Autoimmune Protocol: Nuts and Seeds

Nuts and seeds in moderation are a health-promoting food. A variety of studies … 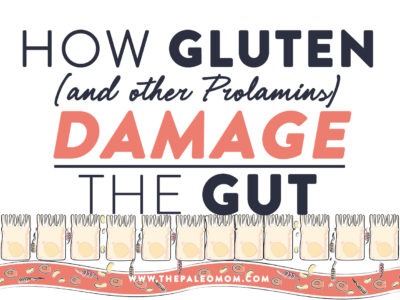 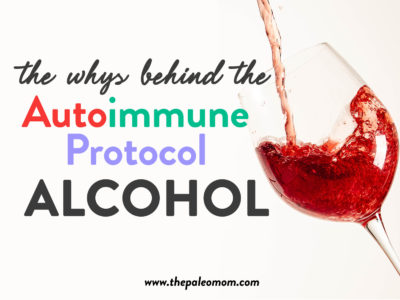 The WHYs behind the Autoimmune Protocol: Alcohol

Alcohol is restricted in the Paleo diet autoimmune protocol; and for those of us … 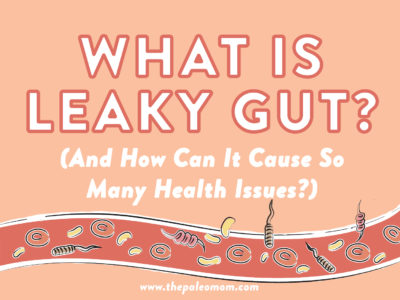 What Is A Leaky Gut? (And How Can It Cause So Many Health Issues?) 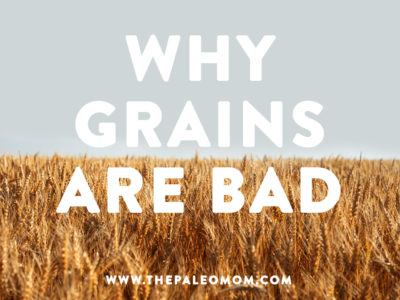 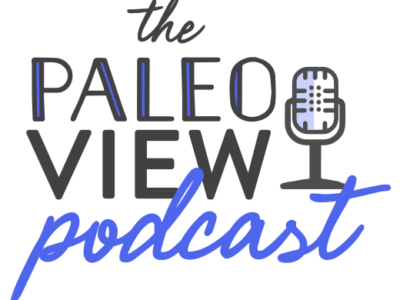 In this episode, Stacy and Sarah invite Mickey Trescott of Autoimmune Paleo, … 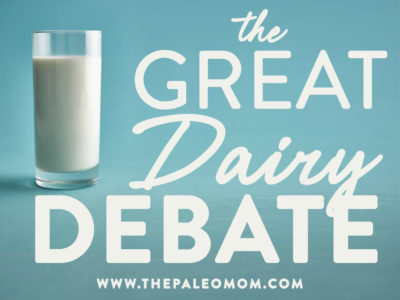 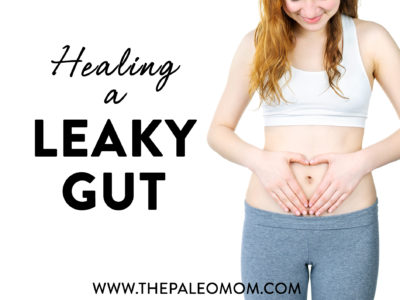 What Should You Eat To Heal a Leaky Gut?

It is not an exaggeration to say that gut health is everything: the health of … 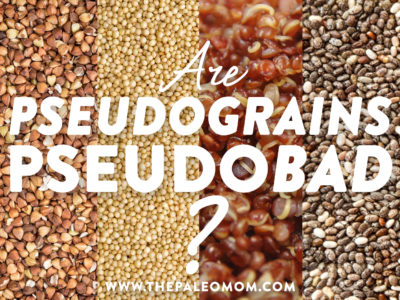 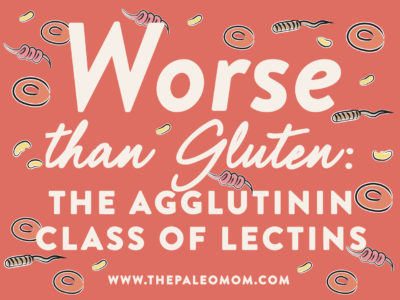 Worse than Gluten: The Agglutinin Class of Lectins