With 2017 predicted to be one of the riskiest years ever for Lyme-carrying ticks (thanks to an explosion in the mouse population last year that was thanks to a bumper crop of acorns the year before), understanding what Lyme disease is and what it looks like has never been more important.  In fact,  Lyme disease is severely underdiagnosed and can be an underlying challenge for many people with autoimmune disease. 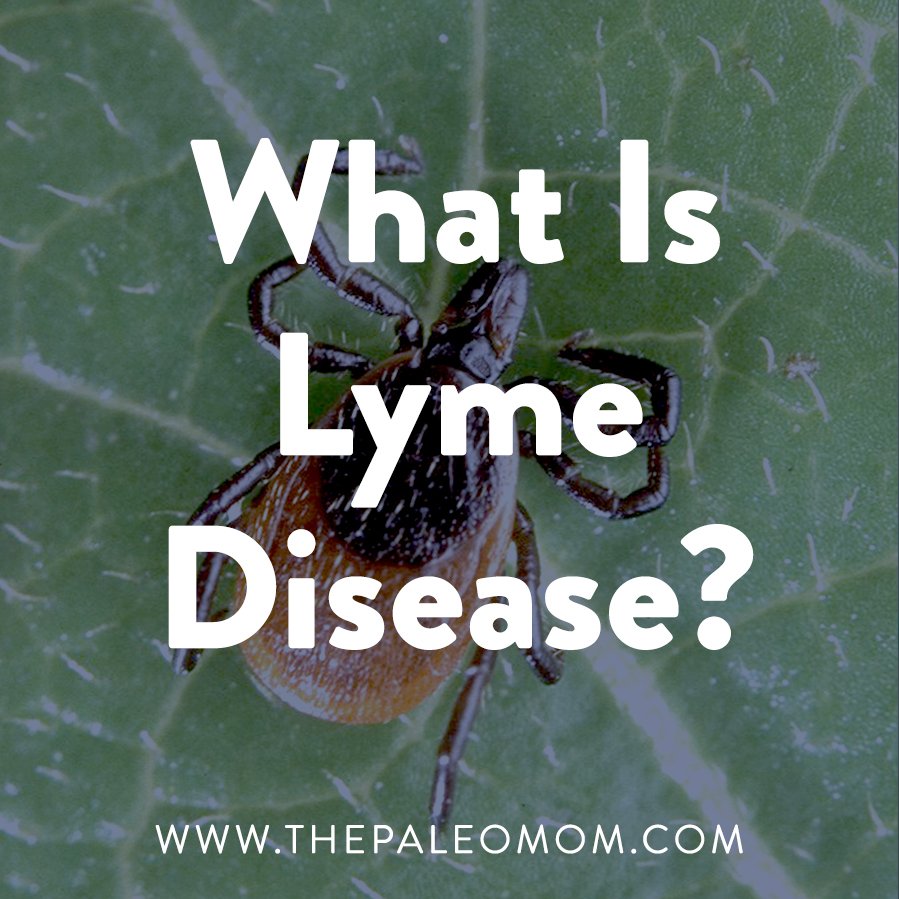 at Is Lyme Disease?

Chronic Lyme disease is a serious condition that the CDC reports as being the fastest growing vector-borne infectious disease (transmitted by another organism, like an insect) in the United States. Recent reports suggest that as many as 300,000 people are infected with Lyme disease every year; we are really dealing with a serious health epidemic here!

Lyme is caused by infection with the spirochete (a spiral-shaped bacteria) Borrellia burgdorferi, which has 5 subspecies and over 300 strains worldwide. This spirochete is carried by ticks and passed on to humans when an infected tick bites us. The majority of cases in the United States have been reported along the East Coast, though there have been some cases in most states. As of 2015, 95% of reported cases were isolated to 14 states in the Midwest and along the East Coast.

Ticks are small arthropods that belong to a special group of mites. Their bites break the skin, which permits the passage of infectious disease by carrier ticks (note that the percentage of ticks that are actually carrying Lyme varies between 1% and 100% depending on the region). Ticks are most likely to be found in tall grassy and woodland areas, especially during the summer months.  They can be as small as a poppyseed, so many people contract Lyme disease without even being aware that they were bitten by a tick.

There’s not much that can be done to prevent contracting Lyme disease other than practicing anti-tick measures (especially in high-risk areas where the percentage of ticks carrying Lyme is particularly high), including wearing long pants in the woods and performing thorough self-checks. (There are currently no vaccines for Lyme; the most recent one, Lymerix, was taken off the market in 2002. There is one being tested but it’s several years away from being available.)  For more information, the CDC has some useful tips on Preventing Tick Bites.

While the vast majority of tick bites will not result in the transmission of disease (I don’t want to scare anyone here!), it’s important to note the warning signs of an acute Lyme infection. 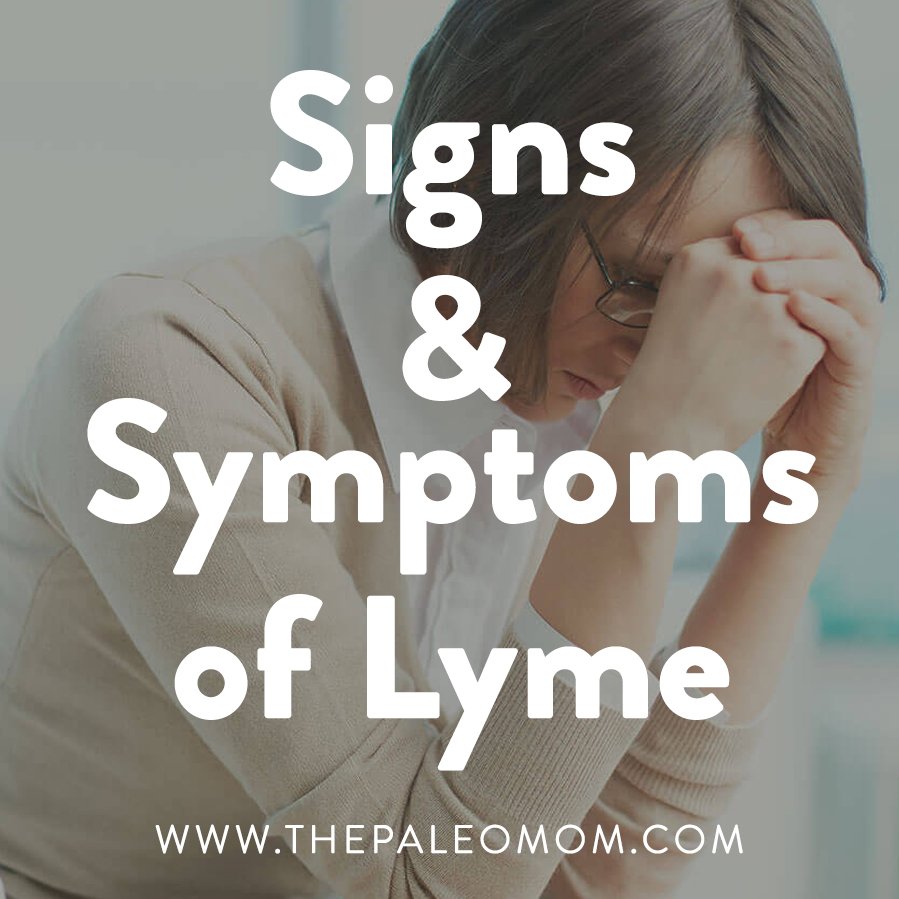 Signs and Symptoms of Lyme

The symptoms that occur soon after being bitten by a Lyme-infected tick are called acute Lyme disease.  In some people however, symptoms can persist for months of even years after initial antibiotic treatment for Borrelia burgdorferi. And sometimes, the symptoms resolves initially but reoccur months or years later. This is typically referred to as chronic Lyme disease; however, the CDC doesn’t recognize anything beyond the initial infection (the acute phase). Much like adrenal fatigue, there are many known cases of chronic Lyme disease (and scientific studies looking at mechanisms, especially of chronic Lyme arthritis), yet functional medicine practitioners are much more likely to be trained to identify and treat chronic Lyme.

There are some hallmark signs of an acute Lyme infection that merit a trip to the doctor’s office. Early signs and symptoms, occurring 3 to 20 days after a tick bite, include the following: 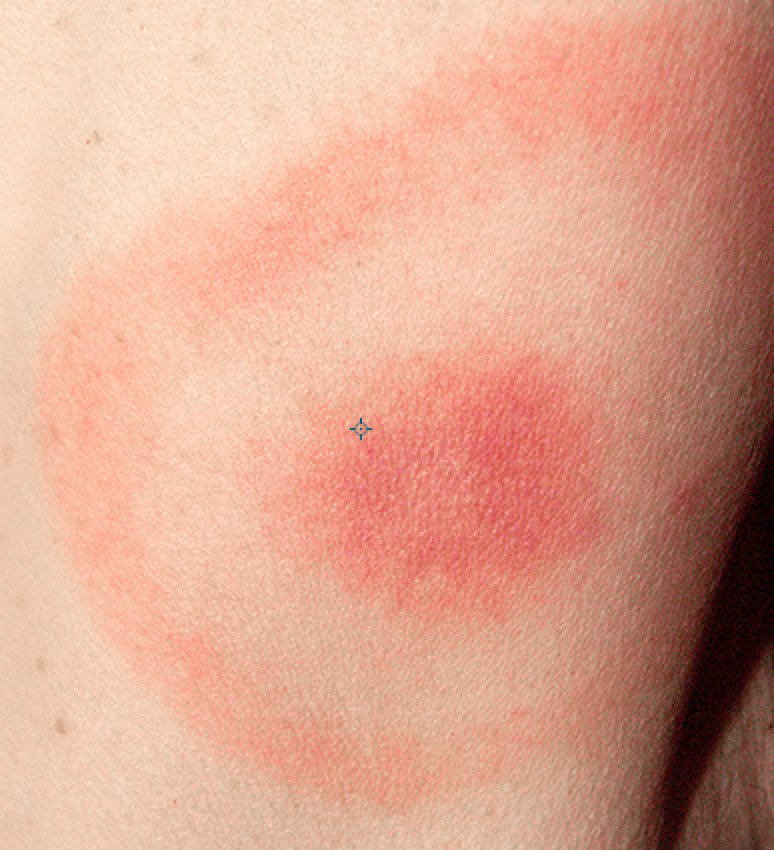 The last sign, erythema migrans, is a bullseye-like rash that starts at the site of the tick bite. The CDC states that 70-80% of reported cases feature this rash within 30 days of the bite, but there is conflicting evidence in the greater Lyme community (in fact, according to the International Lyme and Associated Disease Society, only 50% of people with chronic Lyme even recall a tick bite!).

If the above symptoms aren’t addressed, more severe signs and symptoms may develop. These can include:

These issues are no joke. If you suspect that any of the above symptoms match what you’re currently experiencing, please go to the emergency room immediately!!

Yet, it is even more complicated than this. Why? Because when Lyme disease goes untreated – and sometimes even when it is treated – people can develop a long-term, chronic form of the disease that can range from annoying to debilitating.

Chronic Lyme Disease is the result of untreated or improperly treated Lyme. According to the CDC, the lingering symptoms that the alternative community have deemed chronic Lyme can be categorized “post-treatment Lyme Disease syndrome,” though there is little guidance from them about how to treat it.

Some studies report that as many as 60% of people with untreated acute Lyme disease develop chronic symptoms, most typically including joint swelling and pain (especially the knees) months or years later.  And, at least 10% of those who are treated for acute Lyme will still develop chronic symptoms.  Chronic Lyme disease isn’t just about joint swelling and pain however; there are many symptoms that can point to chronic Lyme disease, including:

There is no one course of disease when it comes to chronic Lyme. For some people, the acute Lyme symptoms persist or worsen through conventional treatment (most commonly, a very intense, weeks-long course of antibiotics); for others, the symptoms may stay dormant for a while and then resume months or years later. How is this possible? The organism that causes Lyme, Borrellia burgdorferi, is an unusual kind of bacterium that is able to evade the immune system. The theory is that Lyme spirochetes may continue to live in the host’s (infected person’s) organs, including the liver, brain, gut, and other parts of the body, and the immune system continually attacks the spirochetes. In fact, it is the immune system activation that can cause many of the symptoms associated with chronic Lyme (especially fatigue, joint pain, and brain fog). 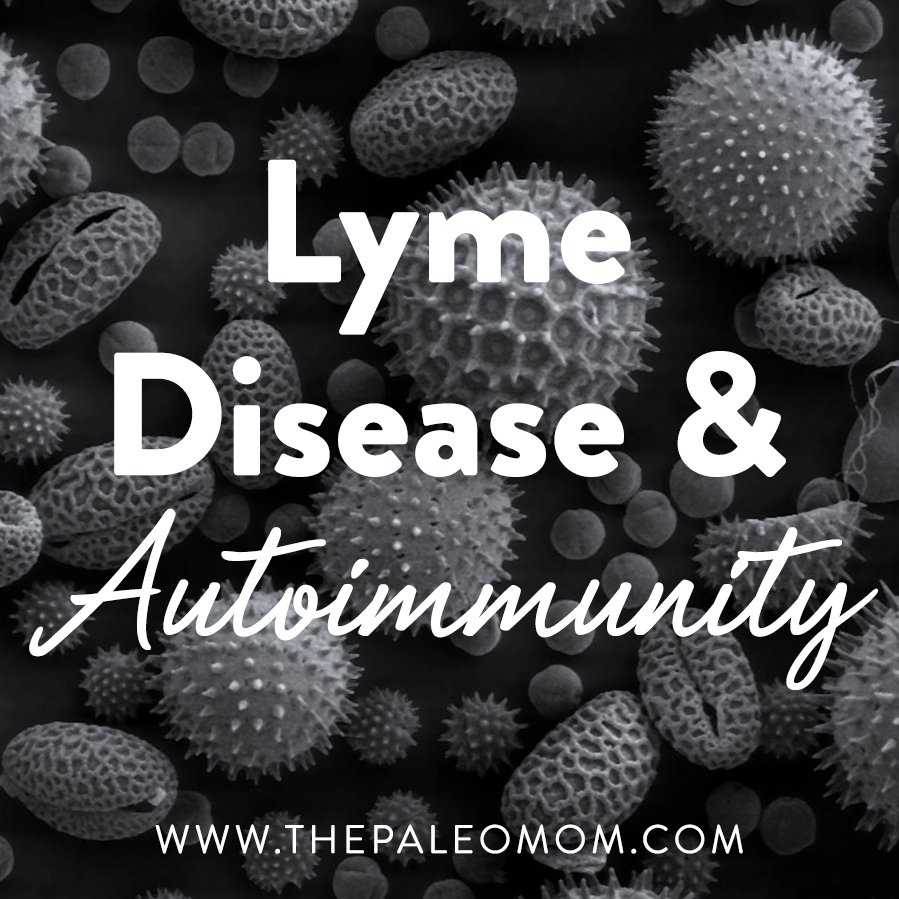 Chronic Lyme disease as an autoimmune disease may explain why some people with untreated acute Lyme disease suffer persistent symptoms, whereas others do not. And, it may explain why some people suffer persistent symptoms even after antibiotic treatment.  If you have been diagnosed with chronic Lyme disease, it’s important to read up on the Autoimmune Protocol.  While antibiotic and/or antimicrobial treatment is still indicated to eradicate the underlying infection, additional intervention (like the immune-regulating diet and lifestyle guidelines of the Autoimmune Protocol) to deal with immune activation and autoimmunity may also be required. 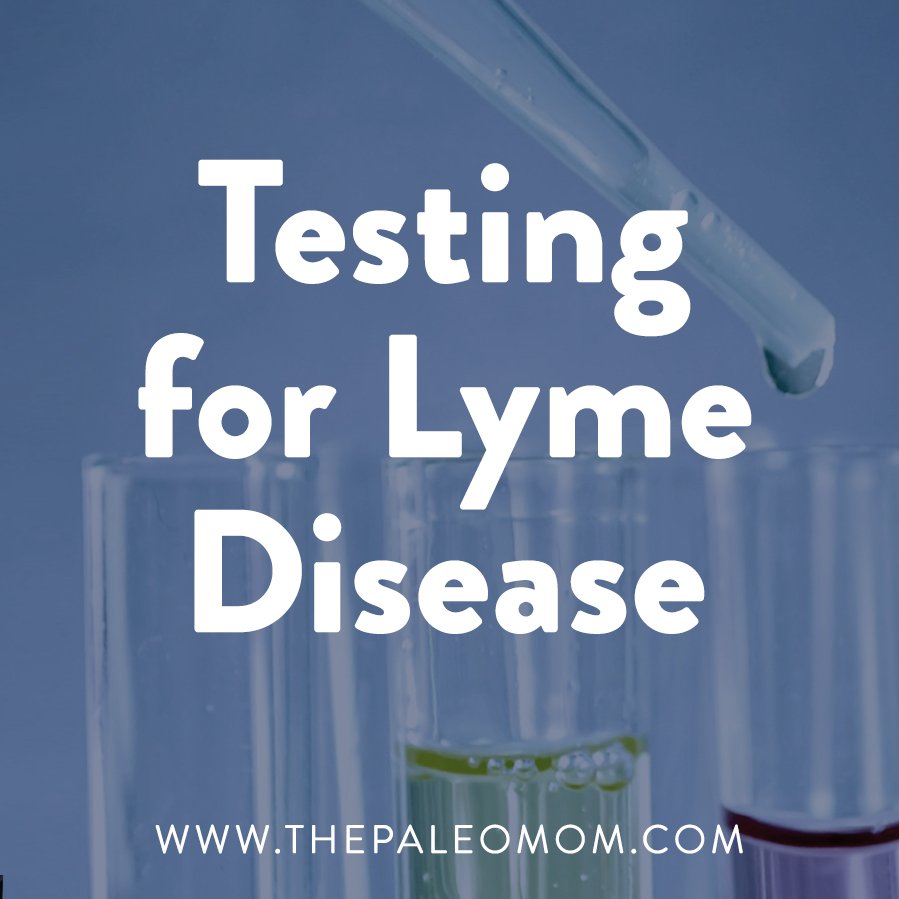 For the most part, conventional doctors rely on the clinical signs and symptoms with a history of tick bite(s) to diagnose acute Lyme disease. However, there are some additional tests available. Because Lyme is known to evade the immune system, antibody tests against Lyme spirochetes may not be reliable in all people. There are some tests designed to detect the presence of whole bacteria: polymerase chain reaction (PCR), antigen detection, and culture testing. These tests are not FDA approved but may be helpful when it comes to determining the extent of Lyme infection.

Oftentimes, people with chronic Lyme disease are treated for other conditions or told by conventional physicians that they are not sick. If you suspect that you have chronic Lyme disease, working with an alternative healthcare practitioner such as a functional medicine doctor is the best option. 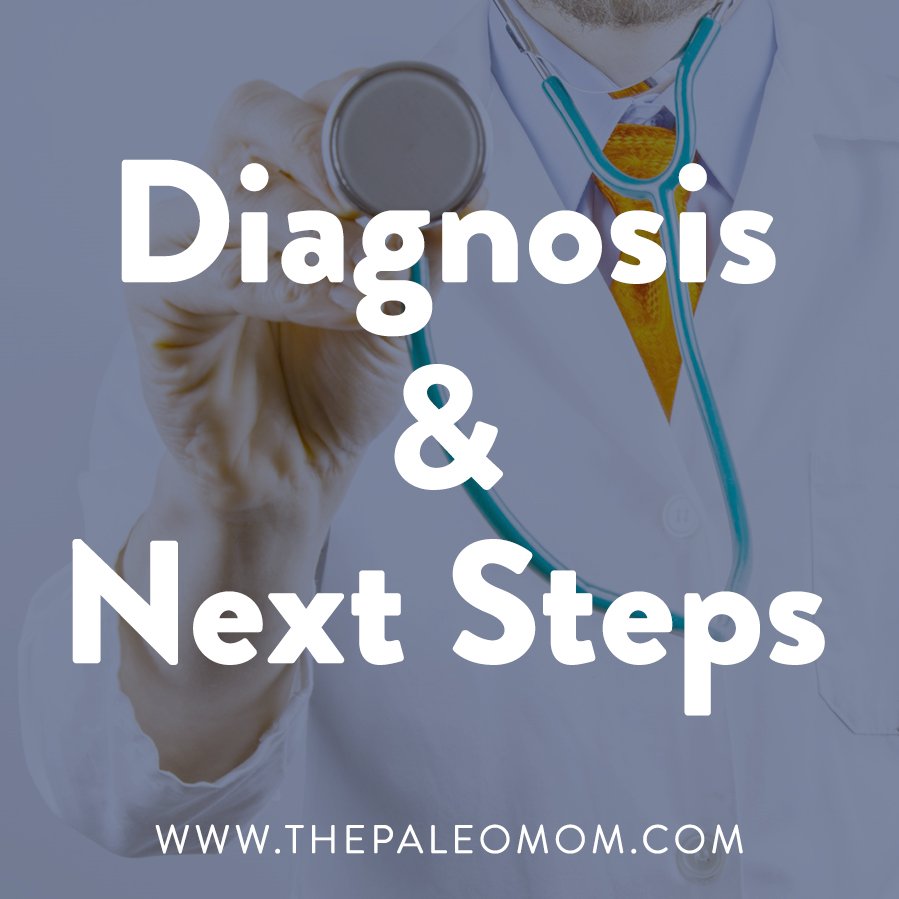 Diagnosis will involve working with a practitioner, ideally someone in the alternative medical community who is familiar with the nuances of chronic Lyme disease, to combine your clinical picture with  lab tests. Treatment for Lyme disease often involves a combination of conventional and alternative therapies (e.g., antibiotics and herbal medicine) and can take months to years to resolve, so having a community around us while going through treatment is essential.

The symptoms of chronic Lyme are often mistaken for fibromyalgia, depression, and chronic fatigue syndrome. When it comes to chronic Lyme, patients are often their own advocates.