You are here: Home / Autoimmunity / Are all lectins bad? (and what are lectins, anyway?) 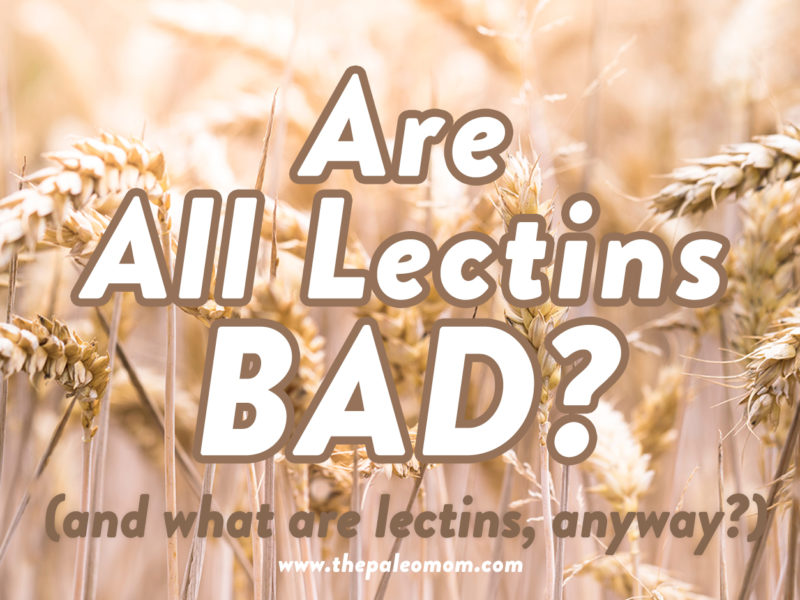 The word “lectin” is often misused within the Paleo community.  You’ll hear phrases like “grains are bad because they’re full of lectins”.  While this is basically true, not all lectins are bad.

Grab Your Spot for the AIP Lecture Series Online Course

In this 6-week, video-based, interactive, intensive online course, Dr. Sarah provides individualized guidance and support as she teaches you the scientific foundation for the diet and lifestyle tenets of the Autoimmune Protocol, plus helps you with implementation, refinement, reintroductions and troubleshooting!

The next session begins March 9th, 2020. (This will be the only session this year.)

Lectins are a large class of carbohydrate-binding proteins found in all forms of life, including the human body.  Many types of receptors embedded in the cells in our bodies are lectins.  A group of proteins essential to our innate immune systems, called complement proteins (because they “complement” the activities of inflammatory cells by providing a rudimentary targeting mechanism for this otherwise non-specific part of the immune system), are lectins. This is why labeling a food as “full of lectins” is inaccurate and the type of phrase that opens up the Paleo diet to (valid) criticism.

In plants, the roles of lectins are still being identified, although they appear to be part of the plants’ natural defense mechanisms and to be important for seed survival (why lectins tend to be concentrated in the seeds of plants).

Not all lectins are bad, but some are (or at least, can be). A subset of lectins that can be found in large concentrations in the seeds of grasses (i.e. grains) and the legume family do have some properties that can make them very problematic for human health, namely that:

There are really just two classes of lectins that are known to be problematic for human health and have the above properties.  The first are called prolamins (gluten is an example of a prolamin), so called because of their rich proline (an amino acid) content.  The second are called agglutinins (wheat germs agglutinin, kidney bean lectin, and soy lectin are examples of agglutinins), so called because of their strong ability to agglutinate (or make clump together) red blood cells (they also happen to be rich in proline).

Both prolamins and aglutinins (there are many many proteins within each class) affect the type of bacteria that like to grow in your gut (in a negative way, typically preferentially overfeeding certain strains like E. coli). They are also very good at crossing the gut barrier and there are actually four known mechanisms through which prolamins can enter the body (one of which is dependent on genetic susceptibility and it remains unknown if the other three occur in everyone or vary from person to person) and three known mechanisms through which agglutinins can enter the body (which appear to be independent of genetics, although more studies are required).  Not all of these entry pathways damage the gut barrier, but some can (again, genetic susceptibility may play a role, but more research is needed). By the way, I should mention that the exact mechanisms of how these proteins enter the body and potentially damage the gut barrier are discussed in detail in The Paleo Approach (in a way that anyone can understand with illustrations, so don’t let that intimidate you either!).  Once these proteins enter the body, they interact strongly with the immune system (typically stimulating inflammation, but the adaptive immune system can also be affected). 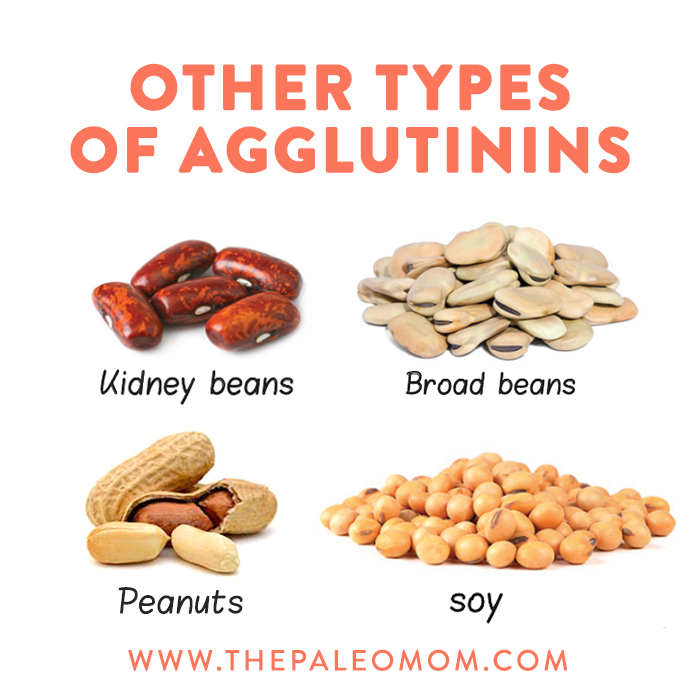 For example, the agglutinins in many types of legumes can be reduced by soaking, sprouting and fermenting and largely deactivated by heat, especially during prolonged cooking.  And the concentration of agglutinins in different types of legumes varies dramatically.  In fact, legumes with edible pods like green beans, sugar snap peas and snow peas are generally endorsed on a Paleo diet because the concentration of agglutinins is low and the instability of the agglutinins in these legumes means they are typically rendered inactive by cooking. In other types of legumes (soy and peanuts being the biggest culprits, but also some types of dried beans like kidney beans), the agglutinins are very resistant to deactivation and degradation.  Wheat germ agglutinin is so resistant to deactivation through even traditional food preparation methods, that even consumed as part of your food, it qualifies as a biologically active compound in our digestive tracts (that would not be a normal classification for a protein in food!).

There are no comprehensive studies that measure the amount or the different types of prolamins and agglutinins in different grains and legumes or their stability with different food preparation methods.  Until these details are better understood, the Paleo diet omits all grains and all legumes (with the exception of those with edible pods as already mentioned) due to the potentially detrimental effects of prolamins and agglutinins on human health.   It also doesn’t help that these are high glycemic load foods, with incomplete protein that is harder to digest than animal protein, and with lower vitamin, mineral and antioxidant density than fruit and vegetables (which is what a Paleo diet endorses consuming instead of grains and legumes, and something I personally feel very passionately about including in large amounts in my own diet).

So now you know that it’s more accurate to say “I don’t eat grains because they contain prolamins and agglutinins”…  although admittedly, that doesn’t roll of the tongue as easily!

Mechanisms of interaction with the gut barrier and the immune system are summarized with dozens of references in The Paleo Approach.