You are here: Home / Guest Posts / Why Crickets Are Great for the Gut Microbiome 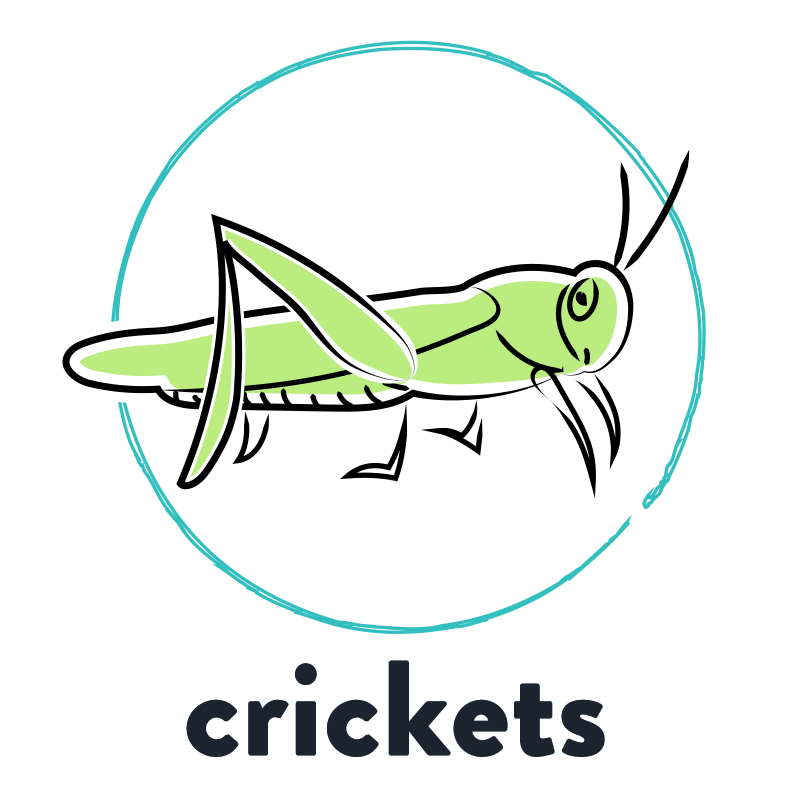 Maybe you’ve already heard that there’s a new kid (err, insect) on the block when it comes to awesome protein sources: crickets! Along with being an incredibly sustainable food source, crickets have twice as much protein per gram as chicken, are rich in vitamin B12 and iron, and are surprisingly versatile in the kitchen. Cricket protein is made from milling whole crickets, resulting in a nutrient-rich, high-protein grain powder that can be used in baking and other forms of cooking (cricket protein is being used in protein bars, crackers, cookies, as an addition to baking flours, mixed in salad dressings and smoothies, and even added to salt!).  Along with containing more protein than beef, cricket protein is extremely sustainable: crickets require only a fraction of the resources used by traditional livestock farming—one-sixth of the feed and one-tenth of the water. It’s no wonder these mighty insects are making waves in the food world. (And besides, a whopping 2 billion people in 130 different countries regularly consume insects as part of their diet; us Westerners are just late to the game.)

In case those aren’t enough reasons to take the edible-insect plunge, here’s one more: crickets are great for supporting the gut microbiome! (If you’re not sure yet why that’s such a big deal, check out What Is the Gut Microbiome? And Why Should We Care About It?)

So, what makes crickets so special? Insect exoskeletons contain a unique type of fiber called chitin, which has a chemical structure similar to that of cellulose in plants, and which acts as a prebiotic for beneficial bacteria in our gut. (Chitin is also found in fish scales, the shells of crustaceans, and mushrooms—and yes, it’s one of the reasons why mushrooms are also so great for our gut critters! See Elevating Mushrooms to Food Group Status) Due to the differences in anatomy among different insects, the chitin content can vary significantly depending on the insect in question… and crickets happen to be an outstanding source!

A number of studies have looked at the effects of cricket flour and/or chitin consumption on the gut microbiota. In one double-blind crossover trial, 20 healthy adults were fed 25 g per day of whole cricket powder for two weeks (integrated into breakfast foods), along with cricket-free control foods for a different two-week period. The results? Compared to the control breakfast, cricket powder breakfasts supported the growth (a 5.7-fold increase in abundance!) of the important probiotic Bifidobacterium animalis, which has been shown to boost immunity, protect against pathogenic gut infections (including E. coli), improve glucose tolerance, decrease fasting insulin, reduce inflammation, reduce BMI from an obese baseline, and improve blood lipid profiles—among many other potential benefits that researchers are still exploring. Another study in humans found that supplementing with chitosan (a deacetylated derivative of chitin) for eight weeks had Bacteroides-boosting effects, along with increasing the numbers of butyrate-producing bacteria (butyrate is an incredibly important short-chain fatty acids used by our intestinal epithelial cells!).

In mice, chitin has been shown to bring positive shifts in the gut microbiota. One study found that in mice with metabolic syndrome induced by a processed high-fat diet, supplementation with chitin improved glucose control, suppressed mRNA expression of protein regulators related to obesity, inhibited the destruction of the gut barrier, and promoted the growth of a variety of beneficial gut microbes (including Bifidobacterium, Lactobacillus, Akkermansia, and Bacteroides) while also decreasing the abundance of microbes linked with inflammation (such as Desulfovibrio). Overall, the chitin was able to help restore the microbial community that had been harmed through diet! Another study using diabetic mice found similar Akkermansia increases from chitosan, as well as suppression of Helicobacter (the genus containing the H. pylori pathogen that’s linked to peptic ulcers and stomach cancer).

In another mouse study, consuming 300 mg per kg of bodyweight of dietary chitosan each day, for a period of two weeks, caused the gut microbiota to become more diverse (that’s considered a sign of a healthy microbiome!), and also increased the proportion of Bacteroidetes and decreased the proportion of Firmicutes (a ratio shift in this direction is associated with leanness rather than obesity). And in diabetic rats, ingesting 60 mg of chitosan per kg of body weight each day, for a period of eight weeks, prevented unfavorable changes in Lactobacillus, Bifidobacterium, Escherichia, and Clostridia levels induced by a high-sugar diet, while also reducing inflammation from endotoxin.

So, what does all this tell us? Crickets, and the chitin they contain, can work some serious prebiotic magic on our gut microbiota. And, with surprisingly tasty foods like cricket flour and cricket-flour-containing food bars hitting the market, edible insects are becoming more accessible than ever before to those of us living in Westernized societies. Future studies will help us get a more detailed understanding of how this amazing food source affects the human gut, but the evidence so far clearly says “crickets for the win!”

As is so often the case, quality matters. Cricket feed is grain-based (although various farms are experimenting with feed ingredients that may decrease the carbon footprint of cricket farming even further, such as corn husks or citrus rinds, which would otherwise be discarded) and may contain wheat. To make cricket products (flour, powder, roast crickets, cricket protein bars, etc.), crickets are euthanized, washed, and then dehydrated or roasted (for cricket powders and bars, they are further ground).  The washing step is crucial in removing grain and grain proteins like gluten, so I highly recommend checking for gluten-free certification, meaning that the finished product has been tested and meets the gluten-free certification standard of 10 ppm or less gluten (5 ppm gliadin).  There are plenty of delicious cricket product options that are certified gluten-free, but for my readers with autoimmune disease, including celiac disease, I recommend organic cricket protein from Entomo Farms which feeds organic gluten-free feed to its organic crickets (more information here) or reaching out to your brand of choice to ask about the cricket feed ingredients if you’re concerned.