You are here: Home / Wikis / Vanilla 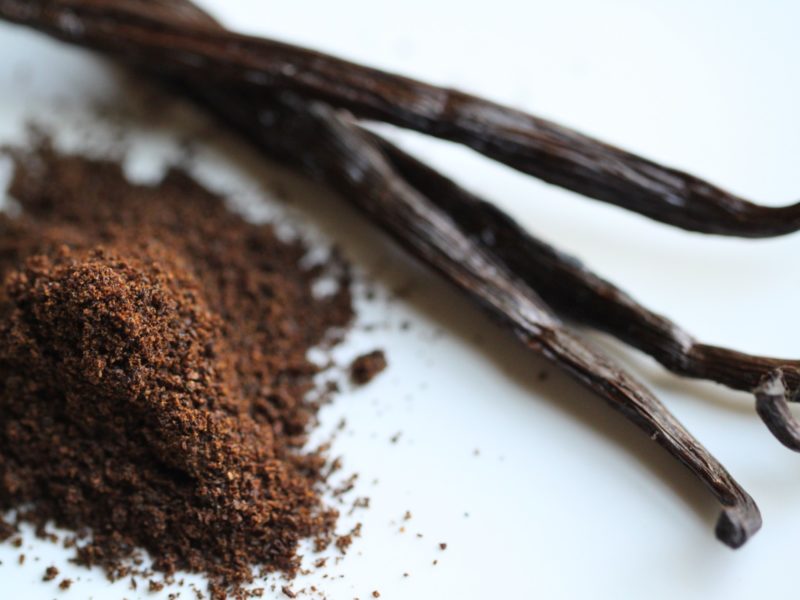 Both vanilla extract and vanilla bean are common spices used in baking. Vanilla comes from an orchid, specifically the pod of the plant which we typically call the “bean”. The more common form, vanilla extract, is great for adding flavor to recipes like AIP Vanilla Ice Cream and even Paleo Waffles! Vanilla extract is made by soaking vanilla beans and mixing them with alcohol and water. Because it is much cheaper and a bit easier to use than vanilla beans, vanilla extract is the more commonly purchased variety; however, you can buy the more expensive vanilla pods and scrape them to get those black specs found in vanilla bean ice cream. Today, most vanilla comes from Madagascar and Réunion with some harder to find varieties coming from Mexico and Tahiti. Even though vanilla can be an expensive spice, it is worth it for the delicious flavor it adds to recipes!

Vanilla is not a significant source of macronutrients or micronutrients. There are some trace minerals in vanilla, but its use is really limited to its amazing flavor!

Vanilla extract can be found in the baking section of your grocery store or you can order it from Amazon.