You are here: Home / Wikis / Carob 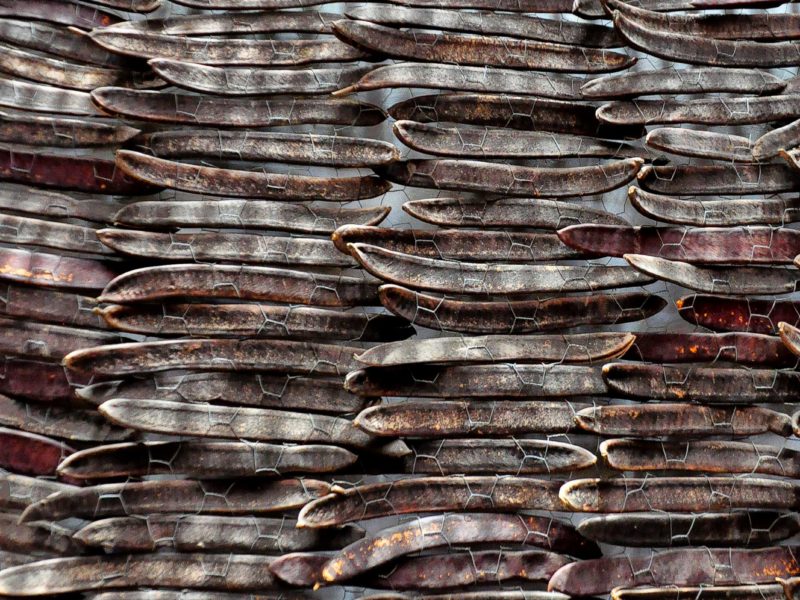 Carob, Ceratonia siliqua, is a commonly-used chocolate replacement that is the bean of an edible pod in the pea family. Carob is also called “St John’s-bread” or “locust bean.” The pod is often dried and ground to be used as a simple replacement for cacao powder. Carob powder is conveniently available on Amazon.com, so I find it easy to include in recipes that are AIP-friendly, like my Carob Ganache Mini Tortes.

This tree has a huge historical evidence: in ancient times, gold and gemstones were weighed against carob seeds in the Middle East! This was origin of the “carat,” which we still use today to measure gemstones and the quality of gold. Carob has been used as an edible good since Mesopotamian culture and has been eaten in the Middle East and Egypt consistently since then.

Carob is commonly advertised as a health food, so what’s the basis for that? Carob powder alone is absolutely a good source of fiber, vitamins, and minerals. In 100g of carob powder (which isn’t a normal amount for someone to eat but still a good metric of comparison to other foods), there is almost 40g of fiber! There is also a good amount of vitamins B1 and B6 as well as the dietary minerals calcium, iron, magnesium, potassium, copper, and manganese.

Carob powder is available at your local health food store or online at Amazon.com.