You are here: Home / Wikis / Asparagus 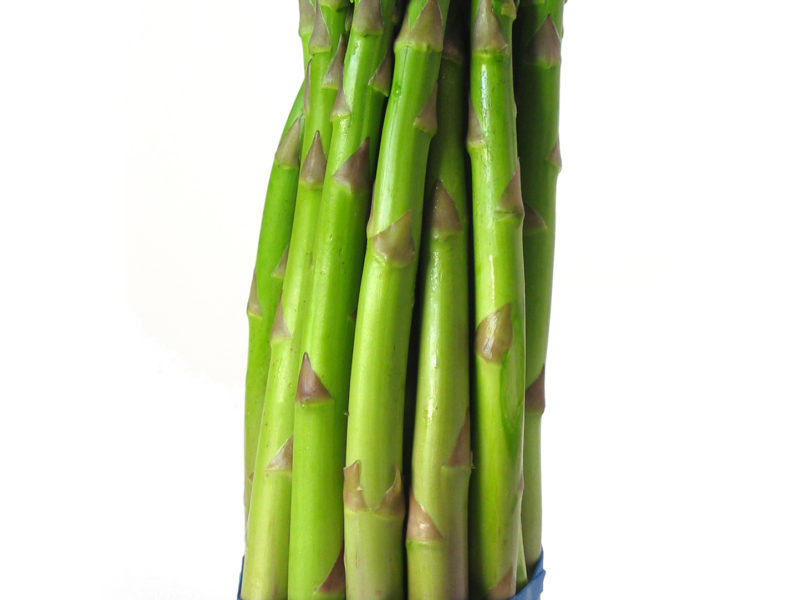 Asparagus is a spring vegetable that comes from the flowering plant, scientific name Asparagus officinalis. It is native to most of Europe as well as parts of Africa and western Asia, and it has been cultivated for quite some time (probably as earlier than 3000 BC!). Historically, it has been used as a beneficial herb with diuretic and aphrodisiac properties, but now it is mostly used for its unique flavor and unbeatable texture. You may also have seen white asparagus varieties, which are popular especially in northern and western Europe; the biggest differences between these varieties are the amount of phytonutrients (green vegetables have a certain variety compared to white/yellow), but the white variety is considered to have a more tender texture and less bitter flavor. Generally, only young asparagus shoots are used for culinary purposes, because older shoots begin to turn woody. If you’re trying to incorporate more asparagus into your diet, you might like my recipe for asparagus soup!

In addition to the great flavor, this green vegetable is chock full of micronutrients! Since asparagus is about 93% water, there isn’t much by way of macronutrient content (about 4% carbohydrate, with half of that being fiber, and 2% protein by weight). Asparagus is very high in the plant source of vitamin K, K1 or phylloquinone, as well as some smaller amounts of vitamins A, C, E, and Bs1, 2, 3, 5, 6, and 9.  Asparagus is also a decent source of iron (16% of RDV per 100g) and contains trace amounts of calcium, magnesium, manganese, phosphorus, potassium, and zinc.

Like all vegetables, a local farmers’ market source is going to be best, because the mineral content in particular will be higher. Otherwise, you can find it in your grocery store.