You are here: Home / Wikis / Spinach 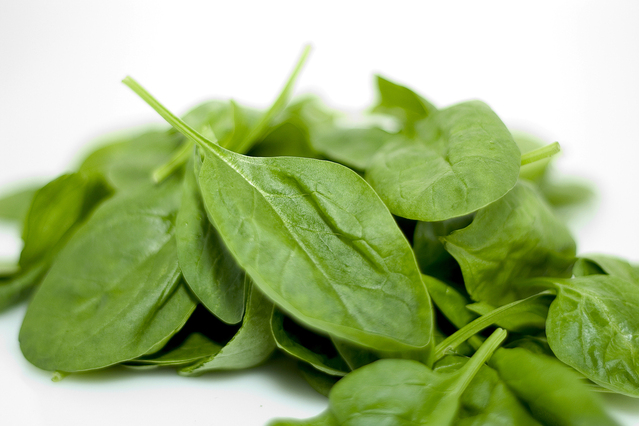 Spinach is a leafy green staple in many peoples’ lives – I know it is for me! Did you know that spinach is thought to have originated in ancient Persia (modern Iran and surrounding countries), then been brought to ancient China to be cultivated? From there, it was carried to Italy and then continued to thrive all over Europe during the Renaissance. Now, spinach is grown all over the world and is known for being a hearty, nutritious crop.

Spinach is a great way to get whole-food sources of many vitamins and minerals. A 3.5oz/100g serving of spinach provides an excellent source of vitamins A and K (keeping in mind that these plant-based sources are not as easily-used in the body as sources from animals) as well as vitamins C and E. Spinach also provides an awesome source of several B vitamins (most notably folate, which is incredibly important for liver health and for women of reproductive age). Spinach also has an abundance of minerals, including manganese (43% of your RDV!), magnesium, iron, potassium, and calcium. Spinach is also, of course, an awesome way to get more fiber.

An important factor in considering your source of spinach is that spinach is on the Environmental Working Group’s “Dirty Dozen” list, meaning that it is most likely to have been exposed to a lot of pesticides. If you’re concerned about autoimmunity, systemic inflammation, or detoxification, it might be worth it to opt for organic when picking up your spinach.

You should note that local, organic spinach grown in nutrient-rich soil will be especially high in mineral content; stopping by your local farmers’ market is your best bet for finding the freshest, most nutrient dense spinach! Since spinach is a low-temperature crop, the freshest, most tender spinach can be found at farmers’ markets in the spring and in the fall. You can also find spinach at any grocery store.