You are here: Home / Wikis / Legumes: What Are They?

Legumes are members of the pea family (Fabaceae or Legiminosae). Often just the bean is consumed, but sometimes it is consumed with the pod, as in the case of snow peas or green beans.  They are not included in the Paleo Diet due to their saponin content (see How Do Grains, Legumes and Dairy Cause a Leaky Gut? Part 2: Saponins and Protease Inhibitors) and their agglutinin content (see Are all lectins bad? (and what are lectins, anyway?) and Why Grains Are Bad–Part 1, Lectins and the Gut).

The problematic substances in legumes are present in the highest concentration in the seed (or bean) itself, but are also found in the sprouts. Mature leaves (such as pea leaves, which might be consumed in a salad, or rooibos tea, which is made from steeping the leaves of the rooibos bush) or pods without the bean (as in the case of most carob powder and some mesquite flour) are generally safe to consume. 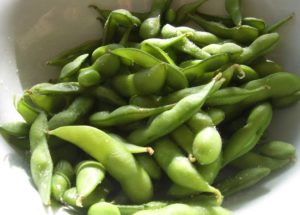 Also, any legume that is traditionally eaten raw or with the pod, such as peas, green beans, snow peas, sugar snap peas, and scarlet runner beans, are typically included on the Paleo Diet due to their much lower concentrations of problematic compounds and higher nutritive value (see The Green Bean Controversy and Pea-Gate).