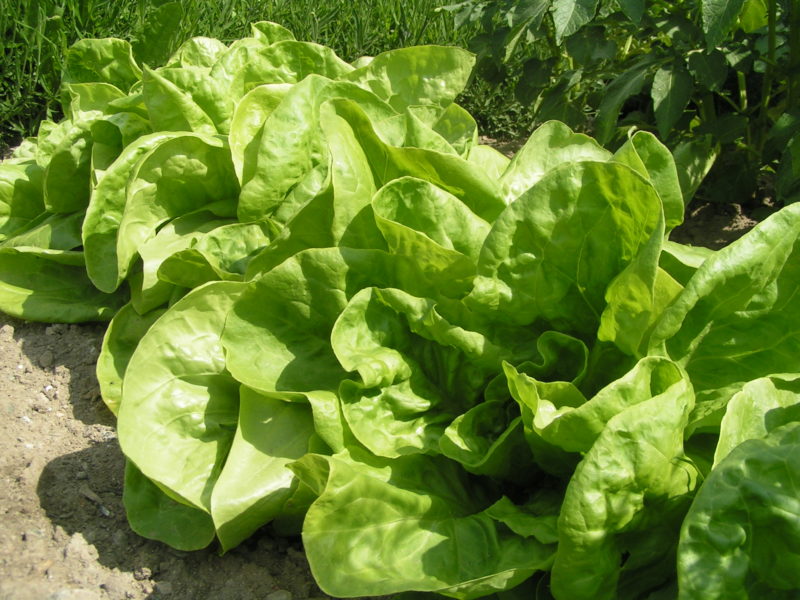 One major type of lettuces is called head lettuce, and it includes varieties belonging to Crisphead group (e.g., iceberg) and Butterhead group (e.g., Bibb, Butter, Boston varieties). Head lettuces are the most similar to cabbage in that they are tighter-formed heads that are bright green. Modern-day head lettuce is believed to have dated back to about the 18th century, when farmers’ records started to report new varieties. It’s no secret that lettuce is one of my absolute favorite foods, and that’s why I’ve created some amazingly yummy recipes that feature it! Perhaps the very best example is my Lettuce Soup.

Lettuce is a cool weather crop, so it’s more likely to be in season at a farmers’ market in late summer or fall.