You are here: Home / Wikis / Coconut 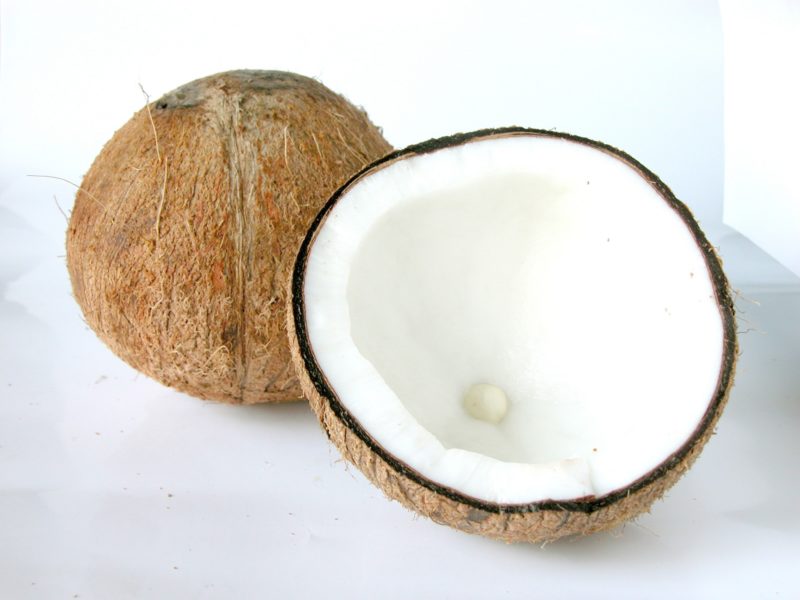 Get a FREE jar of Coconut Oil!

Unlike most tree nuts, coconut does not contain much omega-6 fatty acids. Instead, coconut is rich in Medium Chain Triglycerides (MCTs), a very special “short”-chain saturated fat (unlike the longer saturated fatty acids typically found in animal fat).  MCTs have diverse health benefits because they don’t require bile salts to be absorbed in the small intestine (being passively absorbed, they enter the bloodstream very quickly, and can even be easily digested by people without a gallbladder). MCTs are rapidly converted into ketone bodies by the liver. Ketone bodies are water-soluble molecules normally produced as intermediates or by-products when the body mobilizes (accesses) fat stores. Ketone bodies (at least two of the three types) can be readily used as fuel by every cell and are the brain’s preferred fuel source in the absence of glucose or in the presence of insulin resistance (which is why supplementing with MCT oil has been shown to be so beneficial in neurodegenerative disorders such as Alzheimer’s disease).

Coconut oil also has diverse antimicrobial properties. Dietary MCTs have been shown to radically reduce the production of a variety of proinflammatory cytokines (meaning they reduce inflammation), increase activity of the histamine-clearing enzyme diamine oxidase (great for histamine intolerance and allergy), increase mucus production (great for gut barrier health), and support gut-barrier healing (by increasing cell-turnover rate in the gut). However, MCTs can also increase the secretion of IgA antibodies in the gut (specifically in the Peyer’s patches), which may be problematic for some people, despite all the other benefits. If you have any reaction to coconut or palm oil, switch to other healthy fats for your cooking.

Coconut oil is approximately 60 percent  MCTs. Also, because MCTs are a saturated fat, they do not oxidize easily or produce free-radicals. Coconut oil is very stable and will keep at room temperature for very long periods of time.

Coconut is also a rich source of manganese, a mineral necessary for enzymes that work to protect the body from and repair damage caused by free radicals. Copper, iron and selenium are also found in good quantities in coconut, as are calcium, magnesium, phosphorous, potassium, and zinc to a lesser degree. Coconut is a fairly good source of many B-vitamins, including thiamin, riboflavin, niacin, vitamin B6, folate, and pantothenic acid. Coconut is also a source of vitamins C and E, phytosterols, and fiber.  In fact, coconut contains quite a lot of inulin fiber, a highly-fermentable soluble fiber that beneficial bacteria in our guts love! Inulin fiber is one of the most heavily studied functional fibers.

Coconut has long been recognized for its ability to boost the immune system, and act as an antibiotic, antiviral, antibacterial, antifungal and antimicrobial (basically small things that might make you sick don’t like coconut). It is even believed that a few times daily dose of coconut is one of the best things you can do to restore healthy gut flora (I don’t think there are any studies proving this though). It should be noted though that coconut does contain some phytic acid (although much, much lower than most tree nuts), which can be a problem for some people struggling with autoimmune issues.

Best of all, coconut is versatile. I have no less than 7 different coconut products in my home at all times. For cooking and baking, extra virgin coconut oil (which has a delightful coconut flavor) and naturally refined coconut oil (which has very little coconut flavor) are essential! I bake with unsweetened shredded coconut fairly frequently as well as unsweetened coconut flakes.  Coconut milk and creamed coconut (the same thing as coconut butter) are wonderful for soups, curries, smoothies, custards and Paleo baking of many varieties. And finally, coconut flour (which is mostly fiber) is a very useful tool for Paleo baking and thickening sauces and is a staple for every Paleo kitchen.