You are here: Home / Wikis / Apple 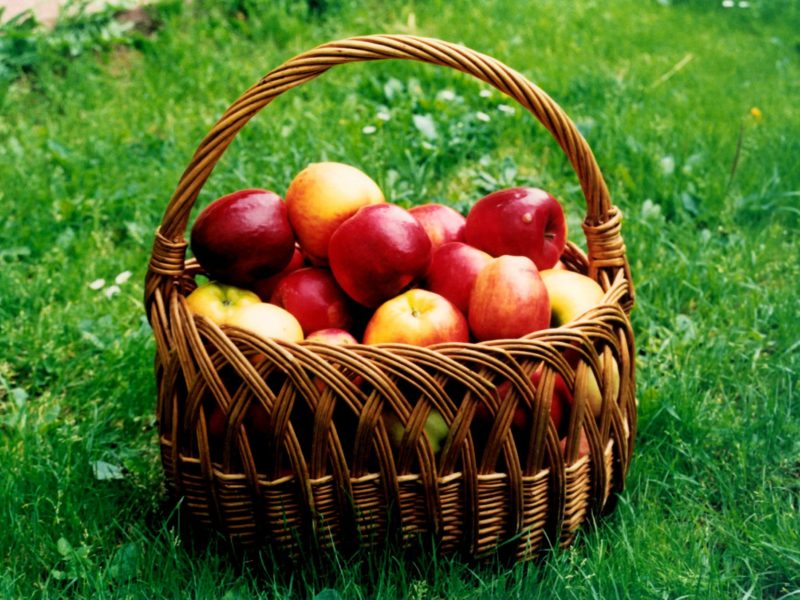 Okay, if my six year old knows what an apple is and how to spell it, I assume you know much more about this common fruit!! Apples are THOUSANDS of variations of species in the genus Malus of the rose plant family. These beautiful flowering trees have been cultivated for thousands of years and originated in Central Asia, but now it is grown worldwide (there are over 80 million tons of apples produced per year! Wow!). Apples have been depicted in art, especially as religious symbols, for nearly as long as they have been cultivated. The diversity of the apple cultivars is both awesome and intimidating – when wanting to cook with apples, you might find yourself saying, “honeycrisp or gala… Green or red… Where do I even begin?!” This is just one reason why I try to include the specific apple type in my recipes! Some of my favorite recipes, sweet and savory, include

Despite their diversity as a fruit, apples haven’t been cultivated as dense sources of micronutrients. The most notable nutrition in an apple is that one apple contains about 5g of fiber. There is some variation in the amount of sugar per apple cultivar as well; for example, green apples tend to have less sugar than red.

When it comes to purchasing apples, you might want to keep in mind that apples are ranked #2 on the Environmental Working Group’s Dirty Dozen, meaning that conventionally-produced apples are very likely to have trace pesticides. So, it’s best to opt for organic if that’s an option for you, budget-wise. Keep in mind that apples are in season starting in late summer and into late fall. You’ll find the best quality apples at your local farmers’ market, but you can find apples at any grocery store at any time of year.