You are here: Home / Autoimmunity / What Are Nightshades? 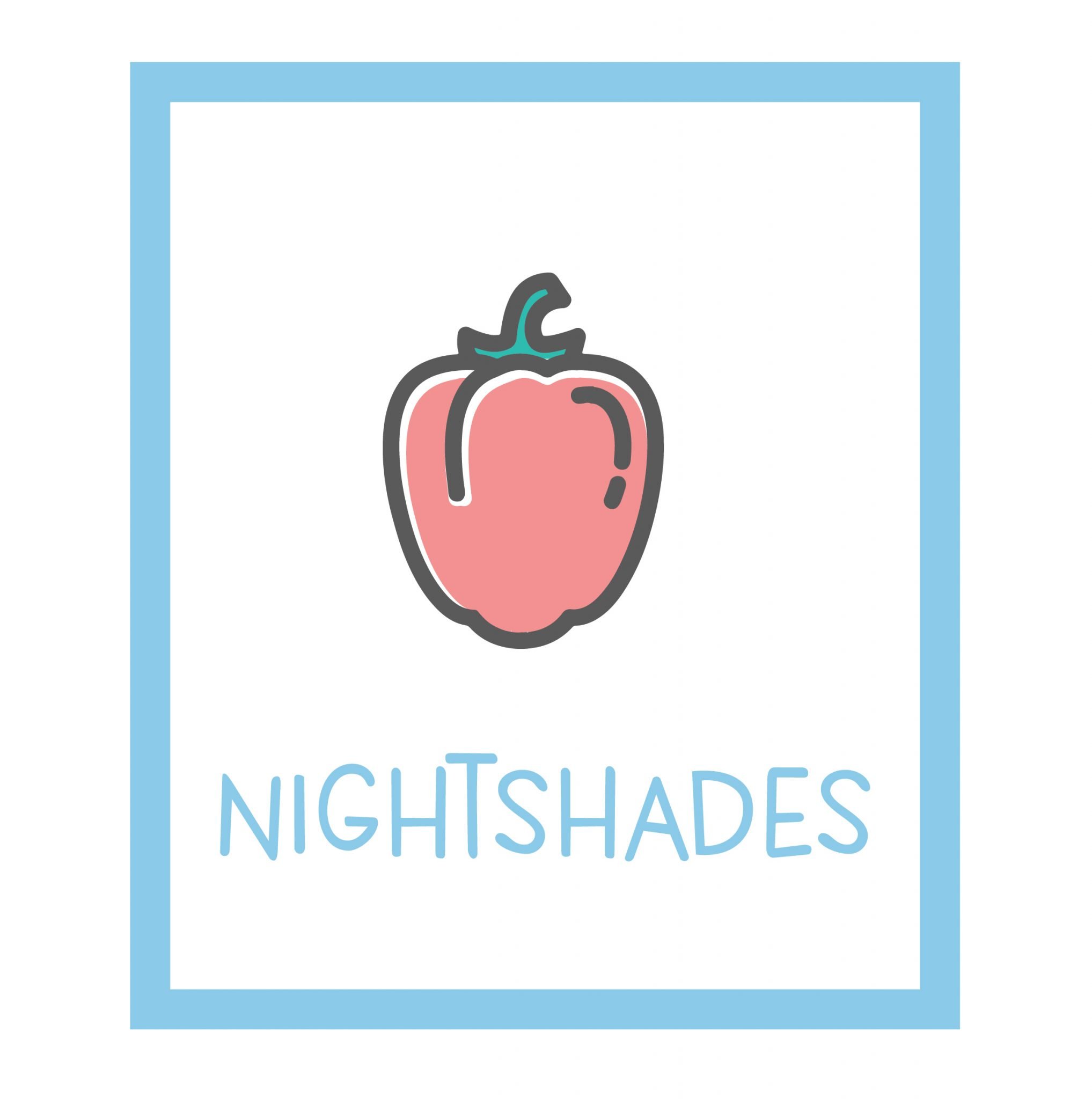 At the Ancestral Health Symposium, I was offered some jerky.  I said something like “oh, I’m highly sensitive to nightshades so I probably can’t eat it”.  The man offering it to me said “I don’t think this one has nightshades”.  I said “Really?  Paprika?  Cayenne? Tomatoes?”.  The man said “nope”.  So, I took a piece.  The heat in my mouth instantly told me that I should have scrutinized the ingredients before agreeing.  Red pepper was clearly listed and the burning sensation in my mouth was sending alarm bells throughout my body.  I spat out the bite, but am seeing increased inflammation in the aftermath anyway, including joint pain in my ankles and hips, inflamed skin and acne, and stenosing tenosynovitis in my right hand.  Not convenient while I’m in the last final push to get the book ready for the printer.

This experience got me thinking:  most people don’t know what nightshades are.  And if you are like me and need to avoid nightshades (I actually recover from accidental gluten exposure more rapidly than I recover from accidental nightshade exposure), this can be a problem.  A big problem.  I also realized that even though I wrote a thorough post on why nightshades are eliminated from the autoimmune protocol (food for thought for anyone with unresolved inflammation), I haven’t shared a complete list of nightshade.

So, what are nightshades?

Nightshades are a botanical family of plants, more technically called Solanaceae.  These plants all have certain characteristics in common (like the shape of the flower and how the seed is arranged within the fruit–Wikipedia has a good description).  There are more than two thousand plant species in the nightshade family, the vast majority of which are inedible and many of which are highly poisonous (like deadly nightshade and jimsomweed). Tobacco is a nightshade, and is known to cause heart, lung, and circulatory problems, as well as cancer and other health problems (although, clearly some of this has to do with the other toxins in tobacco products derived from the processing.)

It became very important for me to include a complete list of nightshades in my  book, in part because avoiding nightshades can be harder than avoiding gluten.  So, I put together this list.

The following are all members of the nightshade family (a couple of which you might only ever encounter while on a vacation in the tropics or in supplements): 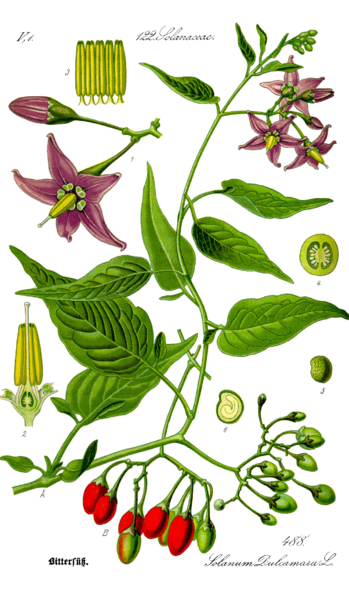 This is a very complete list of edible nightshades, but note that many of those listed include dozens of varieties.  There are many, many varieties of hot peppers, tomatoes, eggplants, and even something like 200 varieties of potatoes, for example.  And the number of products including nightshades is enormous.  In fact, if a label lists the vague ingredient “spices”, that almost always includes paprika.  Many spice blends, like curry and steak spice, usually contain nightshades (for more information see Spices on the Autoimmune Protocol).   You might find ingredients such as sambal, shichimi, or tabasco listed and not immediately realize that those are sauces made with hot peppers.  In fact, there are thousands of varieties of hot sauce, all of which contain nightshades.

The reason why nightshades are problematic for many people is due to the glycoalkaloid content (see this post). Over-consumption of these edible species can actually be poisonous to anyone, and it is possible that the low-level toxic properties of nightshade vegetables contribute to a variety of health issues over time.