The Health Benefits of Chocolate 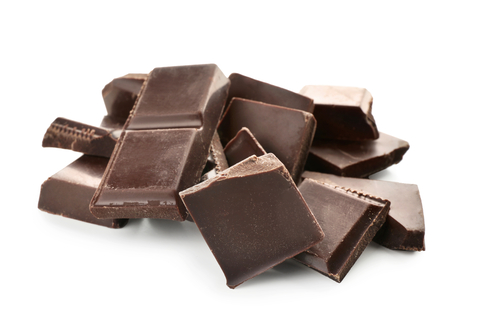 Who doesn’t want some good news about chocolate?! Luckily, this food really is as healthy as it is delicious—at least when we choose our chocolate wisely.

Chocolate is made from the cacao bean (which comes from the tree Theobroma cacao, translating to “food of the gods” in Greek). Cacao trees are native to Central and South America, where inhabitants have been cultivating the plant for over 3200 years. In fact, the Aztecs regarded cacao beans so highly that they used them as currency! Today, most cacao is produced in West Africa, with Côte d’Ivoire (or Ivory Coast) providing about 40% of the world’s supply.

And in case you’re wondering, the word “cacao” generally refers to raw, unprocessed cocoa beans, while “cocoa” refers to beans that have been roasted. Meanwhile, the product we call chocolate is a mixture of both cocoa solids and cocoa butter (the fatty, rich outer layer of the cacao bean). And despite it’s name, white chocolate isn’t really chocolate; it has no cocoa solids, just sugar, milk, and cocoa butter! 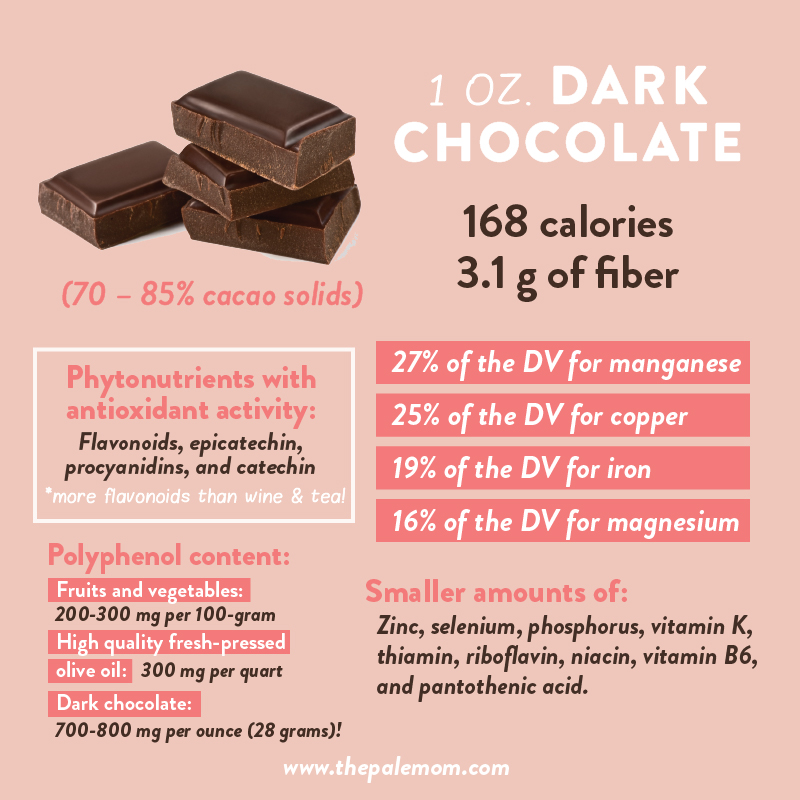 It’s worth noting that chocolate (and other cocoa products) vary in their micronutrient and phytonutrient content depending on how the cocoa is processed.

For example, Dutch process involves treating cocoa solids with an alkalizing agent (often potassium carbonate), resulting in lower acidity and reducing the natural bitterness of cocoa (as well as making the product darker in color). This type of cocoa is used for many modern chocolate products like hot chocolate and ice cream, but it has significantly lower levels of flavanols compared to natural cocoa, which is made without any alkalizing solutions and retains its natural acidity. In fact, one study of lightly alkalized, medium alkalized, heavily alkalized, and natural cocoa powders found that total polyphenol and flavanol content (including procyanidins) decreased significantly and linearly the more heavily alkalized the cocoa was, with natural cocoa having an average total flavanol content of 34.6 mg/g and heavily alkalized cocoa averaging only 3.9 mg/g! Another study from Spain found that alkalization treatment of cocoa powder resulted in a 60% loss of average total flavonoid content, 67% loss of epicatechin, and 38% loss of catechin. And yet another analysis determined that natural cocoa powder had over 4.5 times the level of procyanidins compared to Dutched powder. So, when it comes to getting the best phytonutrient bang for the chocolate buck, avoiding Dutch process cocoa is the way to go! (Look for the terms “Dutched,” “alkalized,” or “cocoa processed with alkali” on the ingredients label as giveaways!)

The Many, Many Health Benefits of Chocolate! 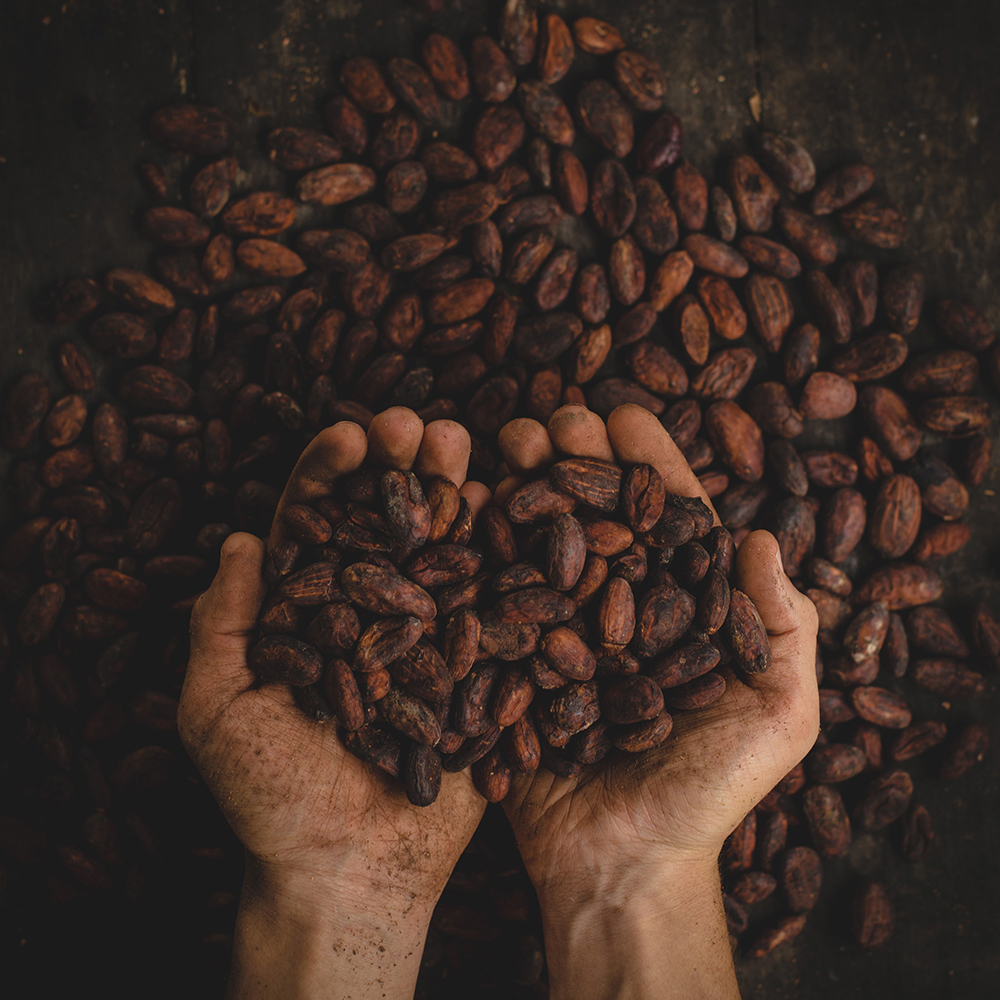 Lucky for any chocolate lovers, the scientific literature supports a role for chocolate consumption for human health. In general, a variety of observational studies have shown that cocoa intake is inversely associated with blood pressure, as well as appearing protective against cardiovascular mortality and death from all causes. Research has also shown that cacao has aspirin-like effects on platelets (decreasing their aggregation and adhesion), may have antidiabetic effects, legitimately helps reduce parameters of stress (no surprise there!), supports maintenance of a healthy body weight, improves cognitive performance, reduces stroke risk (it acutely improves cerebral blood flow), and may even have anticancer properties. Not bad for something that also tastes amazing, right?

For example, a meta-analysis of prospective cohort studies found a 10% reduced risk of developing heart disease among people who ate the most chocolate vs. the least, and a 16% reduced risk for stroke among the highest chocolate consumers. In both cases, the risk reduction remained pretty consistent between three and 10 chocolate servings per week, suggesting that after a certain point, you can’t necessarily get more cardiovascular protection just by eating more chocolate (bummer, right?)! Clinical studies have confirmed that the epicatechins in chocolate improve endothelial function and support vascular health, not only through their antioxidant activity but also through endothelial nitric oxide metabolism (nitric oxides tells our arteries to relax and improves blood flow!).

Importantly, this same meta-analysis also found that chocolate intake was associated with a reduced risk of developing diabetes (18% lower for those with the highest intake of chocolate), but the greatest risk reduction occurred at two servings per week (25% lower risk), with no protective effects occurring above six servings per week. Other human studies have shown that consumption of flavanol-rich chocolate leads to greater insulin sensitivity, lower blood sugar response, and lower insulin response, while in vitro experiments have shown that chocolate polyphenols can alter glucose metabolism, inhibit glucose absorption in the intestine, and even regenerate pancreatic beta-cells—giving us some plausible mechanisms for chocolate’s anti-diabetic effects. But, it’s possible that the greater sugar and energy intake associated with very high chocolate consumption could offset some of those protective effects, explaining why higher chocolate intake doesn’t seem as helpful for diabetes as it does for other conditions—at least in observational studies. 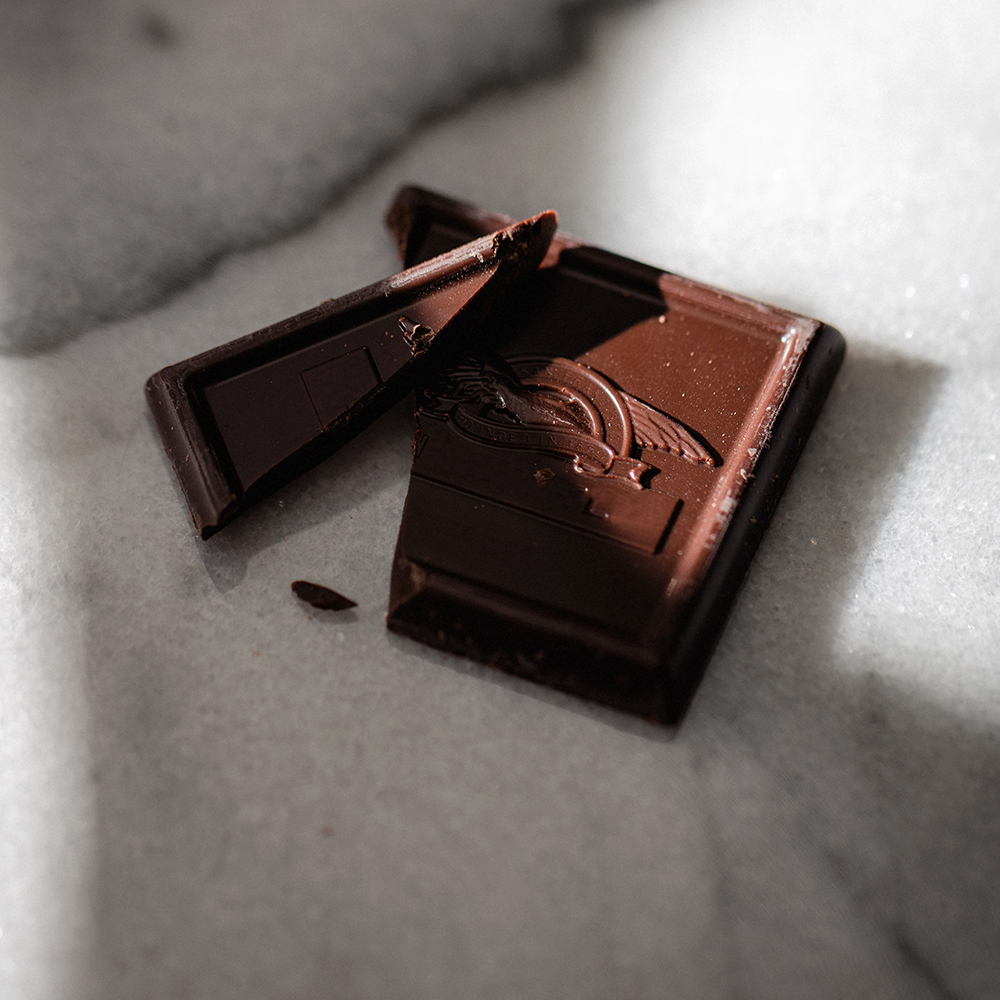 On the bright side, when we look at just high polyphenol forms of chocolate (like dark chocolate), diabetics might be able to get away with a little bit more! A randomized controlled trial of 60 adults with type 2 diabetes and high blood pressure found that eating 25 grams of dark chocolate (versus 25 grams of white chocolate) every day for eight weeks led to lower fasting blood sugar, HbA1c, Apo B, and hsCRP by the end of the study, whereas the white chocolate group saw no changes in those parameters. And, a review of studies specifically on dark chocolate and diabetes concluded that there haven’t been trials studies designed well enough to determine whether there really is a negative effect of dark chocolate on diabetes. For now, as far as diabetes is concerned, it’s reasonable to conclude that a moderate intake of chocolate can be helpful, especially in the form of dark chocolate!

A Cochrane systematic review from 2017 found that flavonol-rich chocolate and cocoa products can cause a small but significant reduction (2 mmHg) in blood pressure among healthy adults, and a slightly greater reduction in systolic blood pressure (4 mmHg) among people with hypertension. These protective effects of chocolate may be due to its phytonutrient content and its stearic acid (which has been shown to help reduce diastolic blood pressure)! And, a 2016 paper used cacao polyphenols in a mouse model of autoimmune myocarditis and showed they were protective.

And, a meta-analysis of prospective studies found that people eating moderate amounts of chocolate (less than seven servings per week) had a 14% lower risk of developing heart failure, compared to people eating no chocolate. However, eating 10 servings a week was associated with slightly higher risk (a 7% increase, compared to no chocolate), suggesting more isn’t always better!

Clinical trials have produced some promising findings on chocolate’s ability to help us maintain a healthy body weight, too. A meta-analysis of randomized clinical trials—35 in total—found that studies that included at least 30 grams per day of chocolate, for a length of four to eight weeks, led to a significant reduction in body weight and BMI among participants. See also Paleo for Weight Loss 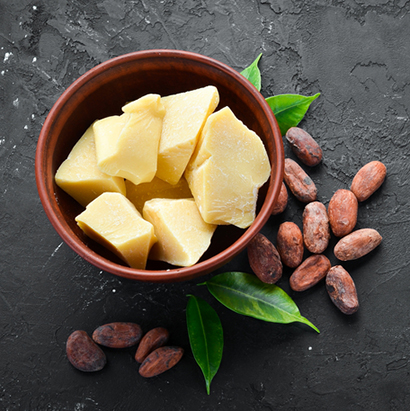 Chocolate’s fat profile also deserves some discussion! Cocoa butter is composed of about two-thirds saturated fat (half palmitic acid, half stearic acid) and one-third monounsaturated fat (in the form of oleic acid, the same monounsaturated fat found in olive oil). Although there’s been some question about whether chocolate might have an adverse impact on blood lipids due to its high saturated fat content, the research hasn’t shown much reason to be concerned! A trial in middle-aged men fed different fats for three weeks each and found that cocoa butter raised LDL levels less than butter fat or beef tallow (but more than olive oil). In general, research has shown cocoa butter has less of an impact on total and LDL cholesterol than its saturated fat content would lead us to expect. Well-controlled feeding studies show that this is likely due to its high levels of stearic acid, which has a neutral effect on blood lipids (whereas the saturated fatty acids lauric acid, myristic acid, and palmitic acid are known to raise cholesterol). And the news is even better when we look at cocoa as a whole, including all its phytonutrient goodness: a trial found that among 131 participants with high cholesterol, consumption of high-polyphenol cocoa led to decreases in LDL cholesterol, oxidized LDL, and apoB, while increasing HDL. This suggests that regardless of the isolated effects of chocolate’s saturated fats, its polyphenols result in a net positive for heart health!

Likewise, cocoa butter doesn’t appear to increase inflammation in humans. In one randomized crossover study, cocoa butter had the same effect as olive oil when fed to healthy female participants in high doses (1 gram of fat per kg of body weight): there was no increase in interleukin-6 or C-reactive protein after eating, suggesting that cocoa butter didn’t increase post-meal inflammation.

Chocolate is Great for Gut Health, Too!

Some of these well-publicized health benefits of chocolate are due to the way its flavanols (especially catechin and epicatechin oligomers) interact with the gut microbiota. In a randomized, controlled, double-blind crossover trial, researchers tested the consumption of either high-cocoa flavanol drink (494 mg cocoa flavanols per day for four weeks) or low-cocoa flavanol drink (23 mg per day for four weeks) in 22 volunteers. The high cocoa flavanol drink led to a significant increase in Bifidobacterium and Lactobacillus levels, while also significantly decreasing Clostridium counts; at the same time, triglyceride and C-reactive protein levels dropped significantly (with the changes in C-reactive protein closely linked to changes in Lactobacillus counts). These results suggest that the flavanols in cocoa can promote the growth of beneficial probiotics, while also improving some biomarkers. And in rats, cocoa feeding resulted in a decreased proportion of Bacteroides, Clostridium, and Staphylococcus genera, while chocolate polyphenols have been shown to inhibit VacA (a toxin secreted by H. pylori), suggesting chocolate can also protect against the growth of certain pathogens.

Does all this good news mean that chocolate (at least dairy-free, low-sugar, soy-free, and high-quality) is good for autoimmune disease?

Unfortunately, cocoa doesn’t get an automatic pass on the Autoimmune Protocol because of several studies showing that cacao polyphenols suppress Th2 and increase Th1 helper T cell activity, which may or may not be helpful depending on the details of immune function in each individual, and the current state of evidence makes it unclear whether or not this effect is context dependent. Stay tuned though: As more studies are performed, there is a possibility this could change!

Chocolate for the WIN!

The take-home? When it comes to supporting our health, a moderate intake of high-quality dark chocolate—about one serving (1 ounce) per day—seems to be the “sweet spot” (pun totally intended!).

TWV Podcast Episode 449: Navigating shift work in a healthy way
Next Post: The Trouble with Stevia