You are here: Home / Nutrition / The Health Benefits of Berries 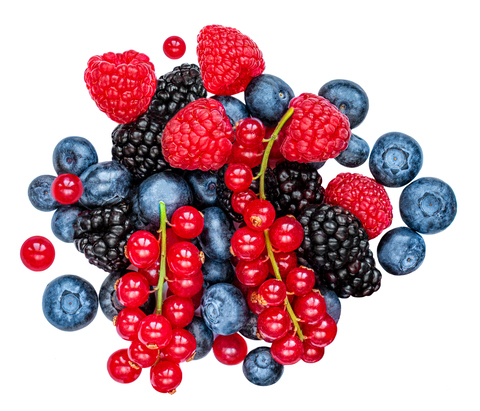 Berries are an extremely ancient food in the human diet, with evidence of being a seasonal staple for prehistoric hunter-gatherers. And, science has given us plenty of reasons to keep eating them today! These nutrient-dense superfoods are linked with diverse health benefits, including reducing inflammation, lowering cardiovascular disease risk, lowering cancer risk, improved cognition, improved insulin sensitivity and serum glucose regulation, and improved gut health!

From a botanical standpoint, berries are defined as any fruit produced from the ovary of a single flower, containing multiple seeds and fleshy pulp (or pericarp) that develops from the ovary wall. By that definition, berries include some surprising members (bananas, peppers, watermelon, eggplant, and pumpkin!) while excluding some we’d expect to see on the list (like blackberries, strawberries, and raspberries). But, most of us are much more familiar with the culinary definition: berries being any small, pulpy fruit with lots of little seeds. By that criteria, we end up with the following:

Fruit consumption in general is linked with health benefits, independent of vegetables, with scientific evidence pointing to 3 servings per day as a good minimum target (see Fruit is a Good Source of Carbs). Each family of fruit tends to have something unique to offer us nutrient-wise (see The Health Benefits of Apples and The Health Benefits of Citrus Fruits) and berries are no exception!

Berries are well known for their nutrient density, and each variety has a unique profile of micronutrients and phytochemicals (see The Amazing World of Plant Phytochemicals: Why a diet rich in veggies is so important!). However, all berries tend to be high in vitamin C, fiber (cellulose, pectin, and hemicellulose, see The Many Types of Fiber), manganese, and in some cases vitamin K, while also being relatively low in calories and containing a range of other micronutrients. For example,

Certain polyphenols (especially anthocyanins and carotenoids) are what give berries their unique colors, and these fruits also contain phenolic acids, organic acids (such as citric acid, malic acid, oxalic acid, tartaric acid, and fumaric acid), flavonols, stilbenes, phytosterols (including sitosterol and stigmasterol), and tannins, which collectively contribute to their famous health benefits; see also Polyphenols: Magic Bullet or Health Hype?. And because berries are usually consumed fresh, their bioactive compounds generally remain intact and are not lost through cooking (see Is It Better to Eat Veggies Raw or Cooked?). 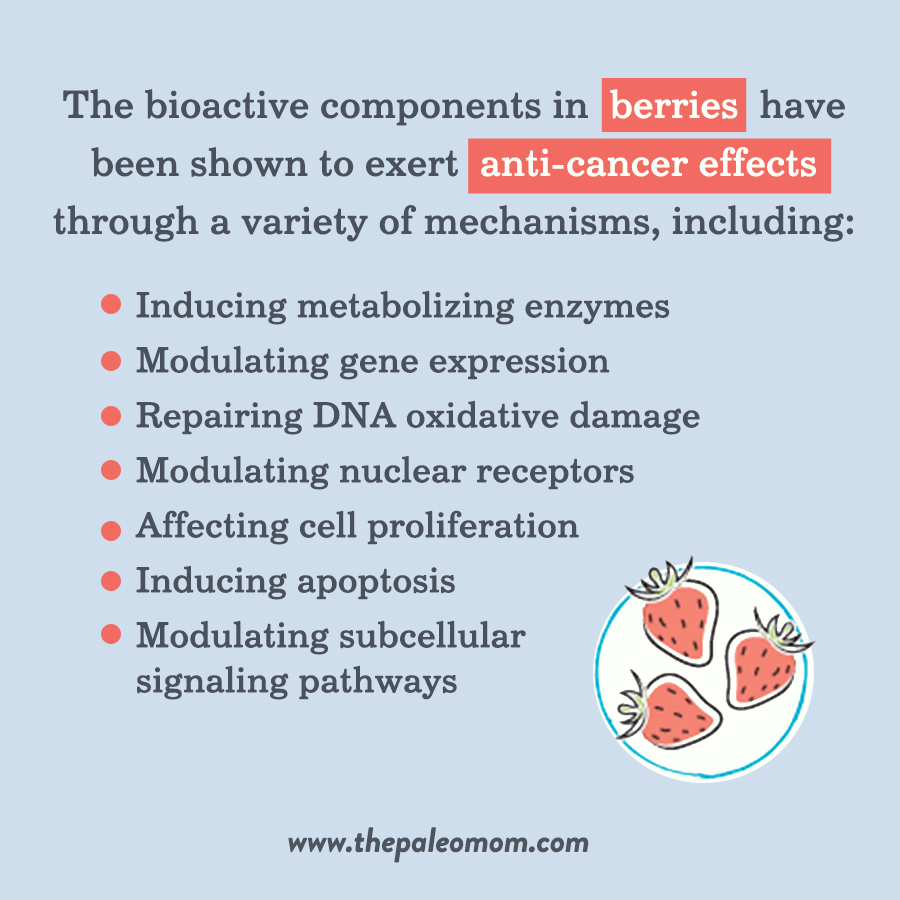 Quercetin in raspberries has been shown to inhibit platelet aggregation in vitro (making it potentially useful in protecting against heart disease), and also possesses anti-cancer properties through inducing cell differentiation and inhibiting protein tyrosine kinase. Antioxidants in strawberries have been shown to reduce LDL cholesterol oxidation and improve endothelial function. The vitamin C found in strawberries, cranberries, blueberries, raspberries, and other berries likewise serves as an antioxidant and may help promote connective tissue development and immunity. Raspberry phytochemicals have been shown to modulate enzyme activity, gene expression, and cellular pathways, along with reducing the formation of oxidized LDL. 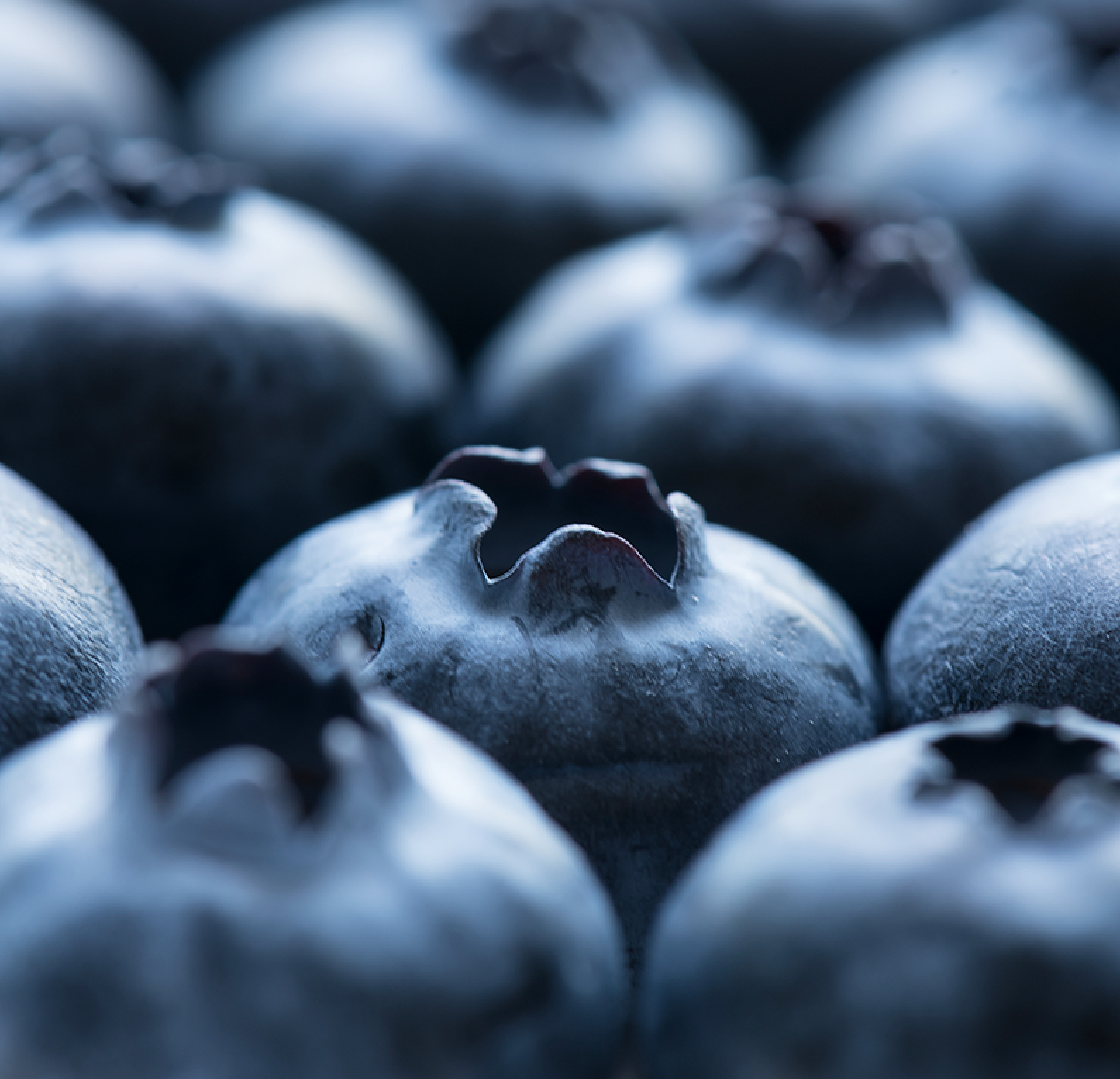 Studies of berry consumption have confirmed that these benefits play out in real-world dietary settings, too—not just in vitro studies and animal models! For instance, in obese adults, daily consumption of blueberries (1.5 oz for eight weeks) reduced oxidized LDL cholesterol by 28% and also reduce blood pressure in adults. Another study showed that consuming 150 grams of a berry puree made of cranberries, strawberries, black currants, and bilberries led to a significantly lower peak glucose concentration compared to a control meal, confirming these fruits’ potential anti-diabetic effects. Another study found that consuming berries (strawberries, bilberries, lingonberries, or chokeberries) along with white bread significantly reduced the postprandial insulin response to the bread, while strawberries improved the glycemic profile of both white bread and rye bread. And, in a double-blind, randomized, controlled study of obese people with insulin resistance, drinking a blueberry smoothie twice daily for six weeks led to greater improvements in insulin sensitivity compared to a control smoothie. Another trial of overweight subjects found that adding a strawberry beverage to a high-carbohydrate, high-fat meal led to a more significant decrease in inflammatory markers (C-reactive protein and IL-6) than the control. And, a study of 44 people with metabolic syndrome found that consuming a daily blueberry smoothie led to significant improvements in endothelial function. 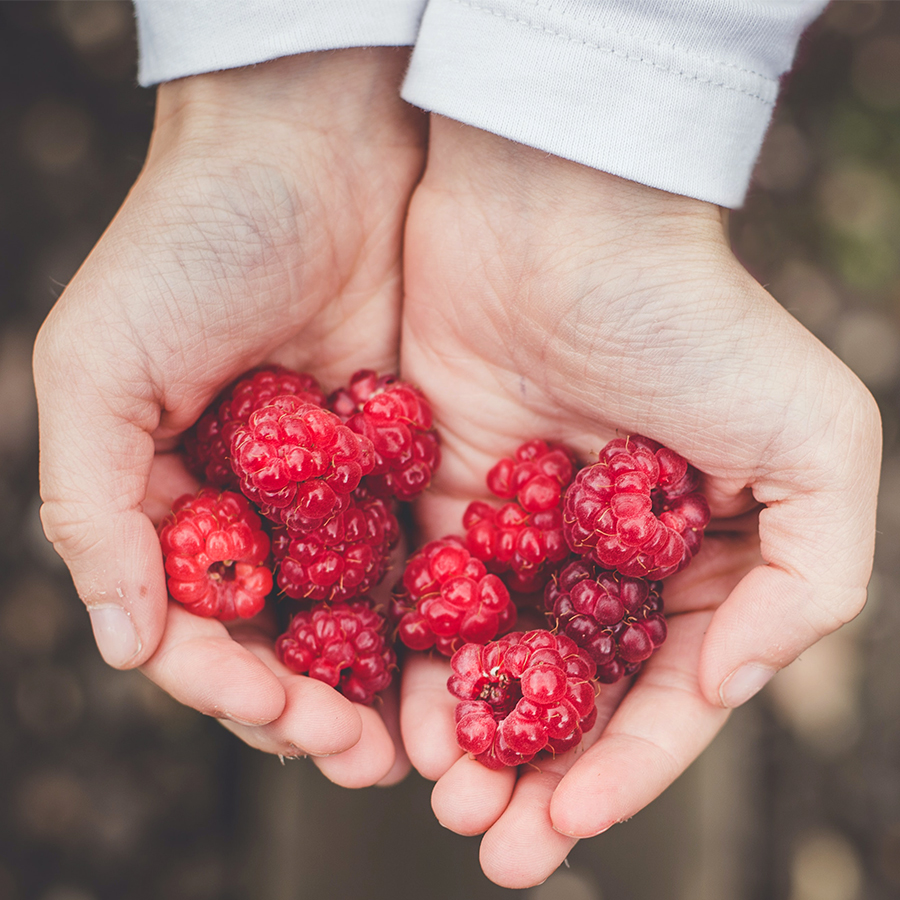 Berries are also highly beneficial for our gut microbiota, both by encouraging the growth of beneficial commensals and probiotics and inhibiting the growth of potential pathogens; see What Is the Gut Microbiome? And Why Should We Care About It?. For example, bioactive berry compounds selectively inhibit the potential pathogen Staphylococcus; Salmonella and Escherichia strains are also sensitive to some berry compounds, including ellagitannins. One study of Nordic berries showed that raspberries were the most potent pathogen inhibitors in general, while cranberries inhibited Listeria and Staphylococcus growth, and blueberries reduced endotoxin transport across the gut barrier. Berry compounds appear to exert their antibacterial effects through destabilizing the cytoplasmic membrane of pathogens, enhancing the permeability of the plasma membrane, inhibiting extracellular microbial enzymes, depriving bacteria of substrates required for growth, and directly acting on microbial metabolism.

In a study of constipated mice, mulberry increased fecal water content, shortened defecation time, increased the gastric-intestinal transit rate, and promoted gastric evacuation—suggesting notable benefits for constipation. At the same time, mulberry increased the fecal abundance of beneficial Lactobacillus and Bifidobacterium while decreasing levels of Helicobacter and Prevotellaceae, and enhanced the production of SCFAs including acetic, propionic, butyric, isovaleric, and valeric acids. 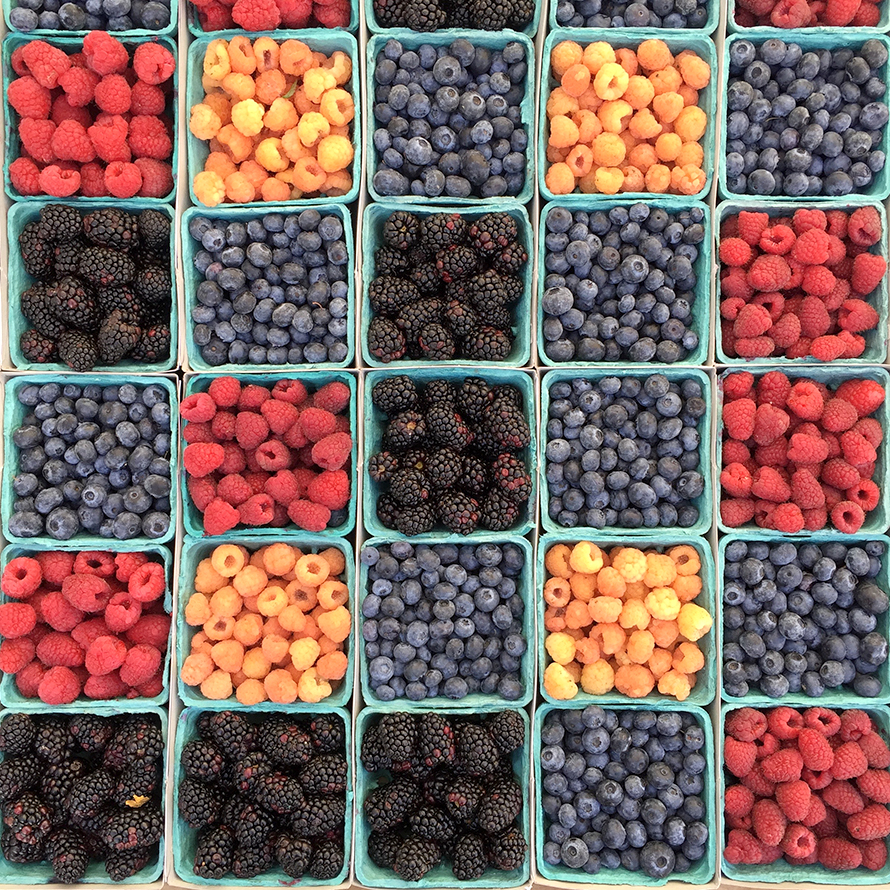 Another study of mice found that four weeks of blueberry consumption (at intakes of 5% freeze-dried powder) decreased alpha-diversity, lowered the Firmicutes to Bacteroidetes ratio, increased the abundance of Tenericutes, and decreased the abundance of Deferribacteres. Interestingly, male mice saw more pronounced changes in gut-microbe-associated fatty acid and lipid metabolism pathways, suggesting that the effects of blueberry consumption differ depending on biological sex. In rats, blueberry consumption (10% blueberry powder by weight) increased Gammaproteobacteria, improved markers of insulin sensitivity, and protected against high-fat-diet induced increases in tumor necrosis factor alpha and interleukin 1-beta expression in visceral fat. Additionally, blueberry extracts (from the cultivars Centurion and Maru) were shown to enhance the growth of Lactobacillus and Bifidobacterium when administered to rats daily for six days.

Goji berries also impact the gut microbiota. In a study of IL-10-deficient mice supplemented with goji berries (1% of dry feed weight) for 10 weeks, the goji supplementation increased the abundance of Actinobacteria, including a significant increase in Bifidobacterium in the gut. Likewise, the goji berries promoted the growth of butyrate-producers from the Lachnospiraceae-Ruminococcaceae family, Roseburia species, Clostridium leptum, and Faecalibacterium prausnitzii.

Berries for the Win!

Whew! All that should be more than enough reason to make berries a regular part of our diet. The fact that they’re also delicious makes it easy! And as with all foods, variety is key, so choosing different berries among the ones available to us is wise!

Here’s a handy-dandy list of berries, for your convenience!

Molan AL, et al. “In vitro and in vivo evaluation of the prebiotic activity of water-soluble blueberry extracts.” World Journal of Microbiology and Biotechnology. 2009;25:1243-49.