You are here: Home / Nutrition / The Health Benefits of Apples 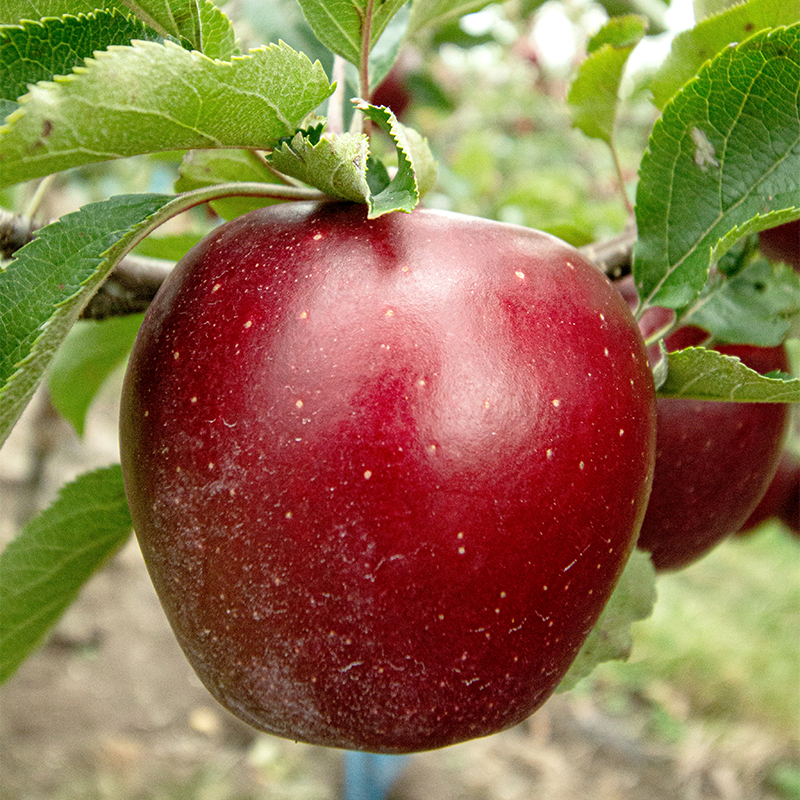 The aphorism “an apple a day keeps the doctor away” was coined in 1913, but was based on a much older rhyme, “eat an apple on going to bed and you’ll keep the doctor from earning his bread,” which originated in Wales in 1866! What’s even cooler than the etymology is how intuitive these phrases were because modern scientific studies now prove that apples, and indeed ALL fruit, have distinct health benefits (see also Why Fruit is a Good Source of Carbohydrates and The Health Benefits of Citrus Fruits)! And yet, in health-conscious communities, fruit, including apples, has recently earned a bad rap for being “nature’s candy” or a “fructose bomb” or a “bad carb”.

So, let’s dig into the science on the health benefits of apples, including whether one a day really is the best way to stay healthy!

A Rose by Any Other Name… 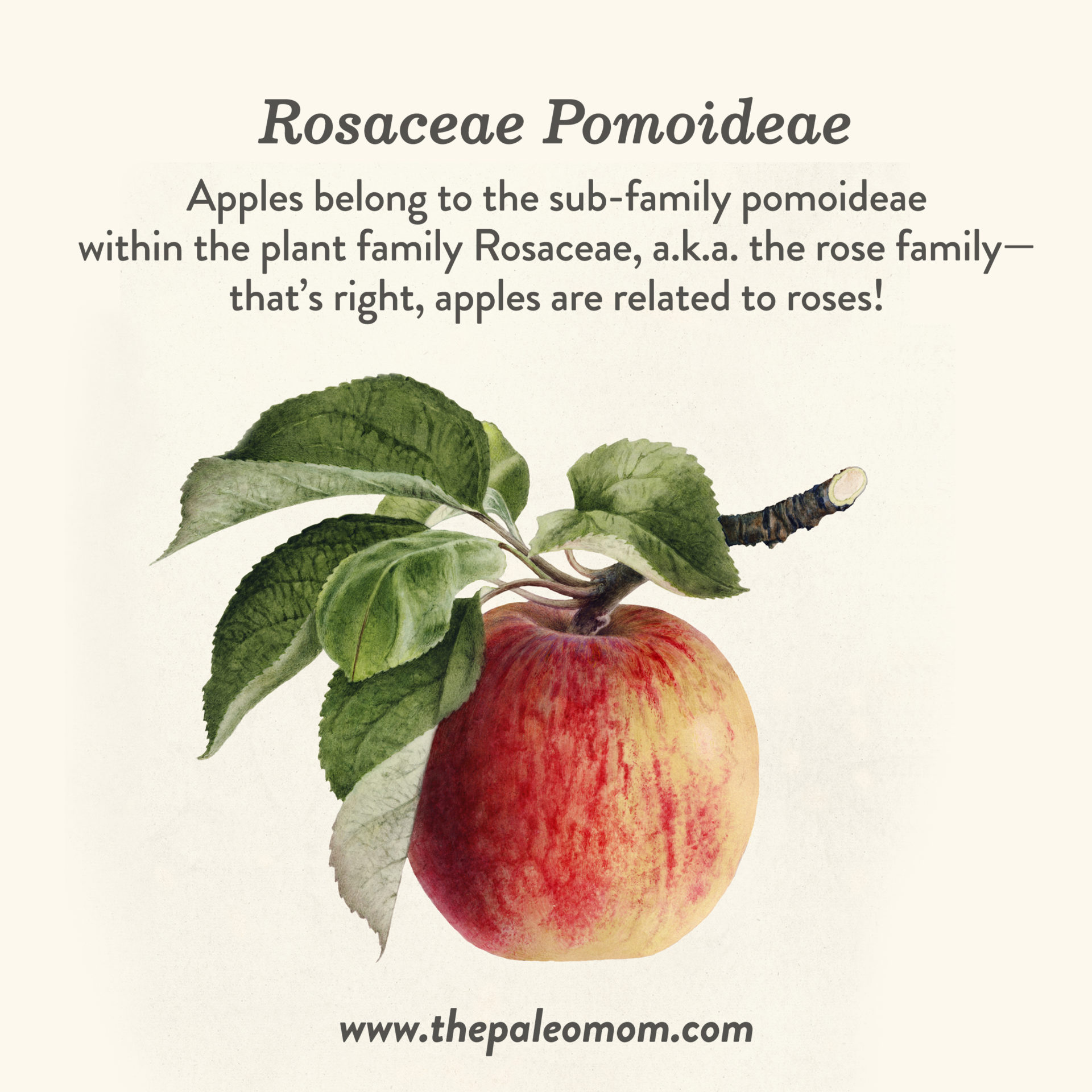 Apples belong to the sub-family pomoideae within the plant family Rosaceae, a.k.a. the rose family—that’s right, apples are related to roses!

Apples originated in Central Asia, where they were first domesticated between 4000 and 10,000 years ago; there are now over 8,000 varieties of apples grown throughout the world (in fact, there are more varieties of apples than of any other fruit!), with 80 million tons of apples produced per year. Apples have been depicted in art, especially as religious symbols, for nearly as long as they have been cultivated.

Relative to other fruits and vegetables, apples aren’t particularly notable for their micronutrients; one medium apple contains a bit of vitamin C (14% of the DV) and only very small amounts of other vitamins and minerals like potassium, vitamin K, vitamin B6, and manganese. However, they are great sources of fiber (4.4 grams per apple), as well as a number of important phytonutrients (including flavonoids and stilbenes), which contribute to their many health benefits (see also The Amazing World of Plant Phytochemicals: Why a diet rich in veggies is so important! and Polyphenols: Magic Bullet or Health Hype?, and The Health Benefits of Apple Cider Vinegar.). Analyses of apple polyphenols have shown that the average concentration of polyphenols is 110.2 mg per 100 grams of fresh fruit, and in ascending order of lowest to highest polyphenol content (from 66.2 up to 211.9 mg per 100 grams) are the varieties Fuji, Braeburn, Royal Gala, Golden Delicious, Morgenduft, Granny Smith, Red Delicious, and Renetta. These polyphenols are particularly concentrated in the peel. 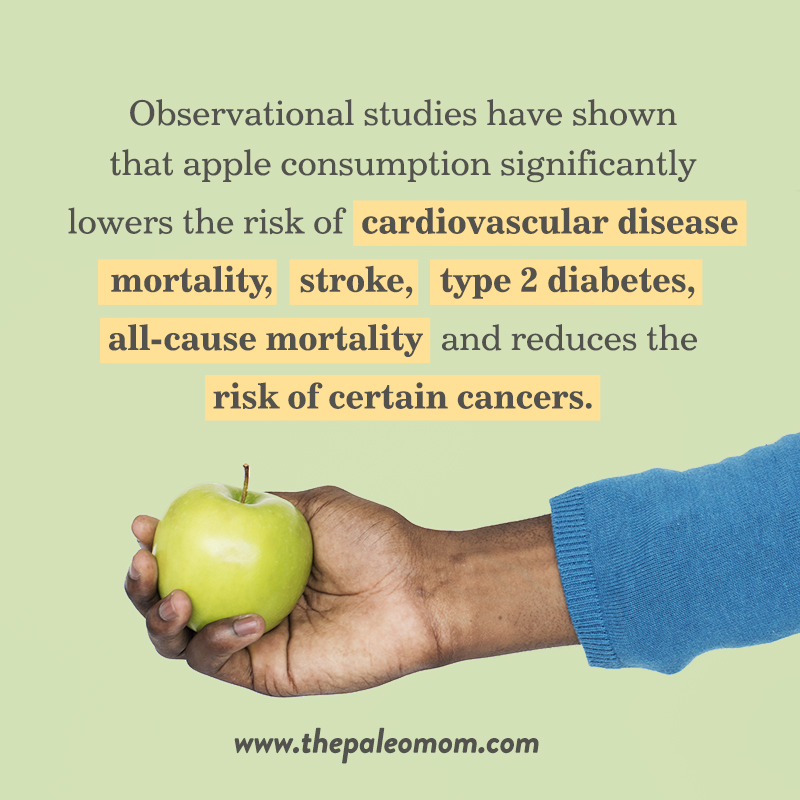 Observational studies have shown that apple consumption significantly lowers the risk of cardiovascular disease mortality, stroke, type 2 diabetes, and all-cause mortality. Randomized controlled trials have likewise shown that apple consumption can significantly reduce BMI. In one study of postmenopausal women, eating 75 grams per day of dried apple (equivalent to about two medium fresh apples) for a year straight resulted in a 1.5 kg weight loss, significantly lowered total cholesterol and LDL cholesterol (by 13% and 24%, respectively), and lowered C-reactive protein levels (a marker of inflammation).

Apples have also been associated with a reduced risk of certain cancers. In particular, extracts from organic Gala apple peels can reduce the survival of prostate cancer cells and breast cancer cells, while increasing a tumor suppressor protein called maspin that negatively regulates metastasis, cell invasion, and angiogenesis. A case-control study found that apple intake (one or more servings per day) was significantly associated with a reduced risk of colorectal cancer (a 63% reduced risk!). In vitro, apple extract (rich in phenolic compounds) has also been shown to protect against key stages of carcinogenesis in colon cells, including protecting against DNA damage and inhibiting invasion. Because so much of the polyphenol and fiber content of apples are concentrated in their skin, it’s important to eat these fruits unpeeled—and also to consume them whole, rather than juiced!

Apples and the Gut Microbiome 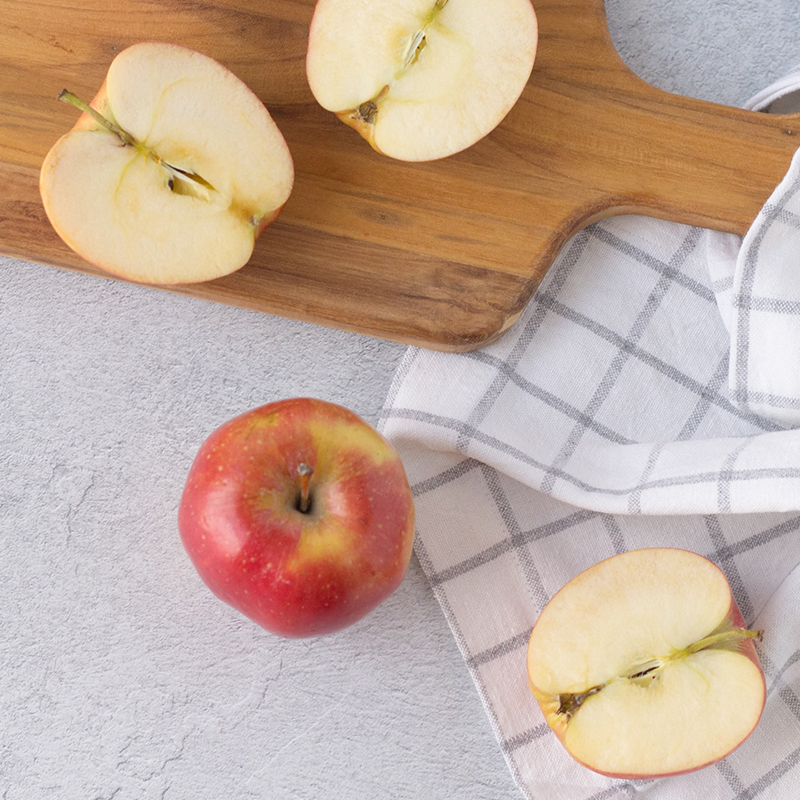 The fiber content of apples, combined with their rich phytochemical content, make these fruits particularly beneficial for gut health. Apples are exceptionally rich in bioactive compounds that act via modulating the gut microbiota, particularly their high pectin content and polyphenol composition (including the flavanols catechin and proanthocyanidins), along with being a rich source of triterpenoids.In rats, extraction juices from apple pomace (rich in polyphenols and fiber) has been shown to increase Lactobacillus, Bifidobacterium, Bacteroidaceae species, Eubacterium rectale cluster, and SCFA production. Apple pectin is considered responsible for increasing Clostridium coccoides and butyrate, and restoring Firmicutes/Bacteroidetes ratio to normal in obesity-induced rats. And a study looking at rat cecum fermentation showed that apple polyphenols and pectin are more effective in combination, implying a synergistic effect.

In a study of eight healthy volunteers, eating two apples per day for two weeks led to a significantly increased abundance of Bifidobacterium, a tendency towards increased abundances of Enterococcus, Streptococcus, and Lactobacillus, a decrease in lecithinase-positive clostridia (including Clostridium perfringens), and a tendency towards lower abundances of Enterobacteriaceae and Pseudomonas. In another study, either inulin or apple pectin were supplied to human gut microbiota communities in continuous-flow fermenters. The apple pectin strongly promoted the growth of Eubacterium eligens, Bacteroides vulgatus/dorei, Bacteroides  stercoris, Bacteroides eggerthii, Bacteroides cellulosilyticus/intestinalis, Bacteroides ovatus, and Bacteroides thetaiotaomicron, and led to overall greater community diversity than the inulin.

In one study, rats were fed either a high-fat or low-fat diet and supplemented with 5% freeze-dried Granny Smith apples for six weeks. Overall, the apple-supplemented rats had a higher abundance of Actinobacteria and unknown members of Clostridiales and a lower abundance of Bacteroidaceae and Odoribacter. Compared to a high-fat diet without apple, the high-fat diet plus apple led to a greater abundance of Lachnospiraceae, greater microbial richness (as measured by the Shannon diversity index), a significantly lower concentrations of endotoxin in the blood, lower insulin and glucose levels, reduced LDL oxidation in the plasma, and lower MCP-1. At the same time, apple-supplemented rats in the low fat group had a greater abundance of Blautia than rats in the control low fat group. These results show that along with causing beneficial changes in obesity-associated biomarkers, apple may help protect against systemic exposure to bacterial toxins and subsequent inflammatory reactions.

What About Apple Juice?

What about apple juice? Due to the steps involved in processing, clear apple juice has been shown to have a relatively low polyphenol content, whereas cloudy apple juice has a higher concentration of procyanidins and other polyphenols (due to anaerobic processing conditions and lack of a clarification step). All apple juice is significantly lower in fiber than whole apples, removing the benefits of pectin and other fibers, and is also lower in the polyphenols specifically concentrated in the peel (including quercetin glycosides and dihydrochalcones). 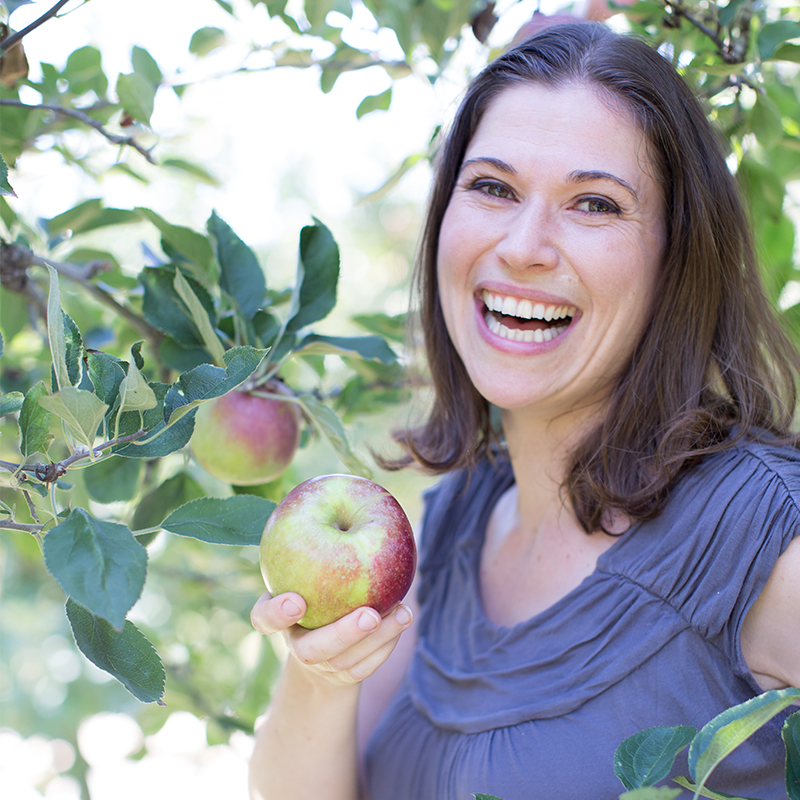 Should We Eat an Apple a Day?

As for the saying, “An apple a day keeps the doctor away”? It’s probably not true: one cross-sectional study actually investigated this very claim, and found that among 8400 participants, consuming at least one small apple per day (compared to no apple at all) had no effect on the number of annual physician visits after socioeconomic and health-related characteristics were adjusted for. However, daily apple eaters did tend to use fewer prescription medications.

In any case, apples give us plenty of other reasons to keep eating them!