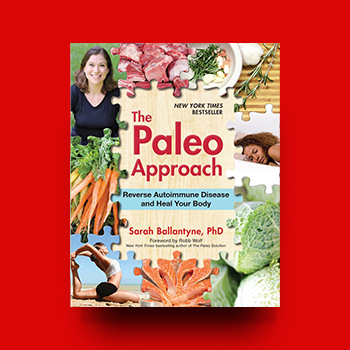 This excerpt is from Chapter 9, which is the troubleshooting Chapter.  Chapter 9 discusses confounding factors, such as: additional food sensitivities and allergies, micronutrient deficiencies, gut-brain axis problems, severe cases of SIBO, digestive difficulties and severely leaky guts, persistent infections and parasites, and the need for organ function support.  Many supplements are also discussed throughout this chapter, both supplements that might be helpful and supplements that are commonly taken that may be hindering healing.  Most of Chapter 9 is designed to give you extra information to help you start a dialogue with a healthcare professional and this information should not be used for the purpose of self-diagnosis.

This section on histamine intolerance comes after a more general discussion of food allergies, intolerances and sensitivities.

So, forgive the references to other chapters and page numbers with no number. While you’ll have to wait until the book is out in to read those sections, in the meantime, please enjoy this part of Chapter 9: Troubleshooting

Want to help spread the word about my book? Please share this post and other teaser excerpts. Thank you!

Histamine intolerance is a condition caused by a disequilibrium of accumulated histamine and the capacity of histamine degradation, i.e., when there is more histamine in your body (generally, consumed in the foods you eat and/or produced within your body) than your body can effectively handle.  Histamine (which you will recognize as the key chemical produced by your body during an allergic reaction, see page ##) is a type of molecule called a biogenic amine, which is created by removing the carboxyl group off of an amino acid (see page ##).  In the case of histamine, the amino acid that is “decarboxylated” is histidine.  Histamine is a normal part of the diet (at least in small amounts) and also a normal product of the bacteria in our guts.  In healthy people, histamine and other biogenic amines are rapidly detoxified by enzymes in the gut.  In the case of histamine intolerance however, either production of histamine is unusually high or activity of these detoxification enzymes is unusually low (or both).

Histamine can be inactivated by two different enzymes.  Diamine oxidase (DAO) is secreted by enterocytes and works outside of the cells and even in the lumen of the gut to convert histamine into imidazole acetaldehyde, thereby inactivating the histamine.  DAO forms the primary barrier for intestinal absorption of histamine.  A second enzyme, found within enterocytes and called histamine N-methyltransferase (HMT), converts histamine into N4-methylhistamine, also thereby inactivating the histamine.  While most studies implicate insufficient levels of DAO as the problem in histamine intolerance, insufficient HMT may also be a contributor.  Histamine intolerance may also be related to certain genetic mutations in the gene for DAO that impair the efficiency of DAO activity (these mutations appear to be much more frequent in Caucasians compared to other ethnicities, although more studies are required).

If the gut barrier is damaged, DAO is not secreted in adequate quantities by the gut enterocytes.  Furthermore, a leaky gut can allow histamine to enter the body without passing through enterocytes where it would normally be degraded by HMT.  Also, HMT inactivates histamine via a methylation process, so micronutrient deficiencies may contribute to reduced activity of HMT (see page ##).  For histamine to cause adverse reactions and symptoms, it has to be absorbed and enter the bloodstream without being inactivated by DAO or HMT.  This seems likely in those with severely leaky guts.

Furthermore, histamine production may be substantially higher in those with gut dysbiosis, especially SIBO.  Histamine production in food is generally the result of food handling, processing or fermentation.  Certain foods are particularly susceptible to developing significant amounts of histamine through processing/packaging, including: fish, processed and fermented meats, cheeses, fermented vegetables and soy products, and alcoholic beverages.  A wide variety of bacteria are capable of metabolizing histidine into histamine.  These are called decarboxylasepositive microorganisms and they can typically produce other biogenic amines in addition to histamine.  As a general rule, these bacteria are associated with food spoiling, although their activity can generate problematic amounts of histamine long before a food is considered rotten.  Histamine-producing bacteria include many species from the following genera:  Lactobacillus, Clostridium, Morganella, Klebsiella, Hafiia, Proteus, Enterobacter, Vibro, Acinetobacter, Pseudomonas, Aeromonas, Plesiomonas Staphylococcus, Pediococcus, Streptococcus and Micrococcus.  Even Escherichia coli are histamine-producing bacteria.  You may recognize many of these as normal residents of the gut (likely why we need a DAO barrier in the first place) and even more importantly, several of these are likely to be present in excessive numbers during SIBO (see page ##).  This means that not only can these types of bacteria cause increased levels of histamine in your food before you eat it, but they may also be creating large amounts of histamine in your gut.

How do these histamine-producing bacteria get into certain foods?  Generally, these are bacteria ubiquitously present in the environment.  For example, the vast majority of these bacteria are native to aquatic environments, so they are already present on and even in fish before the fish are ever taken out of the water.  They tend to be inactive below 15°C so histamine production in fish is typically the result of fish not being handled properly (i.e., not chilled quickly enough after being removed from the water and/or not being kept at sufficiently low temperatures through handling/processing/packaging) or being refrigerated for a long time (most fish have negligible histamine levels if you measure fresh out of the ocean/lake).  Histamine production in foods is considered a contaminant, or indicator of food spoilage.  It is actually a source of food poisoning, especially in fish.  Although, in some cases histamine-producing bacteria are deliberately added to foods, such as in the context of cheese and fermented sausages, soy products and vegetables (although clearly the goal of adding these bacteria is not to produce histamine, but rather to jump start the fermentation process).

There are some other factors that contribute to histamine intolerance.  If basal cells and mast cells are activated as part of you autoimmune disease or as a result of an undiagnosed allergy (food allergy or environmental allergy), this may increase your sensitivity to histamine from foods, simply because your basal level of histamine production is higher.  A variety of drugs inhibit the activity of DAO, including some commonly-prescribed muscle relaxants, narcotics, analgesics, local anesthetics, antihypertensive drugs, diuretics, antibiotics, H2 blockers (see page ##), and antidepressants, among others.  Alcohol also inhibits the activity of DAO plus both wine and beer contain significant levels of histamine (red wine being especially high).

Symptoms of histamine intolerance resemble allergy symptoms, and may include: diarrhea, headache, sinus symptoms, asthma, low blood pressure, rapid, slow or irregular heart rate, hives, rashes, flushing, and any other symptom typically associated with allergies (see page ##).  Typically, symptoms are felt relatively quickly after consumption of high-histamine foods. Keeping a food and symptom journal is the most common way in which histamine intolerance is diagnosed; however, histamine and DAO can both be measured using blood tests which may help confirm diagnosis (there is some controversy over whether serum DAO is truly indicative of gut DAO).  It is estimated that 1% of the general population has histamine intolerance, most of whom are middle-aged.  However, many researchers believe that this is a gross underestimation since recognition of histamine intolerance as a pathology is very recent.

The typical recommendation for those with histamine intolerance is to follow a histamine-free diet.  This can be challenging since the histamine content of foods can be highly variable (since it is so dependent on handling and processing but also the specific bacteria strains which might be used in fermentation).  Furthermore, histamine content is not typically labeled by food manufacturers, and only measured to ensure food safety (since high levels of histamine cause food poisoning).  Antihistamines are only recommended when high amounts of histamine are accidentally consumed, and not for long-term therapy.  DAO supplementation is available (typically with encapsulated pig kidney enzyme); however, controlled clinical trials demonstrating the efficacy of DAO supplementation have not been performed.

A variety of foods have also been implicated to have histamine-releasing capacities, meaning that while they do not contain histamine, once they are ingested they can stimulate the release of histamine from mast cells.  Several of these foods are already omitted on The Paleo Approach, including: egg white, chocolate, cocoa, tomatoes, nuts, a variety of food additives, and some spices (not defined, but likely nightshades given the high amount of histamine in sausages, salami, tomatoes and eggplant).  However, some foods that are normally included on The Paleo Approach may also have histamine-releasing capacities, including:

Because the exact contribution that gut bacteria (especially in the context of bacterial overgrowth) make to the production of histamines in those with histamine intolerance is unknown (and likely highly variable), it is also unknown to what degree dietary intake of foods rich in the amino acid histidine should be avoided.  If you have been diagnosed with histamine intolerance and have had some (but incomplete) relief of your symptoms from avoidance of histamine-rich foods, eating smaller portions of meat, fish, and shellfish (all the highest dietary sources of histidine) may be worth discussing with a healthcare professional.  Certainly, following the recommendations already detailed (at great length!) in this book to restore both normal gut flora and the integrity of the gut barrier are important.  Because histamine intolerance reflects both a damaged and leaky gut and gut dysbiosis (except perhaps in the context of gene mutations), it is a sensitivity that is likely to diminish and eventually disappear completely while following The Paleo Approach.