Scalloped potatoes were a special meal staple of my childhood.  I remember my mom slicing the potatoes, making the roux, and layering it all together.  It seemed to always go with roast ham, although I’m sure we had it as a side with other meats as well. I have this memory of this side dish being very labor intensive for Mom–of course, it always went with special meals which are more labor intensive anyway.  My Paleo version is much easier to put together, in part because a mandoline slicer takes all the slicing work away, and in part because my creamy sauce doesn’t require the stirring and slow addition of ingredients that a traditional roux takes.  But, it has all those great flavors.  Who knew that turnips could substitute for potatoes so well!

I personally can’t eat potatoes because they are a member of the nightshade family, to which I am very sensitive.  Some people include them as part of their diet, and some do not (they are accepted as Paleo now, but weren’t for  long time due to their glycoalkaloid and content and not being as nutrient-dense as other starchy vegetables).  Whether you’re avoiding potatoes simply due to their carbohydrate density, or because you too can’t eat nightshades, you’ll be happy to know that the texture and flavor of turnips makes a fantastic replacement for the potatoes in this dish.  If you want to use potatoes instead, go ahead! 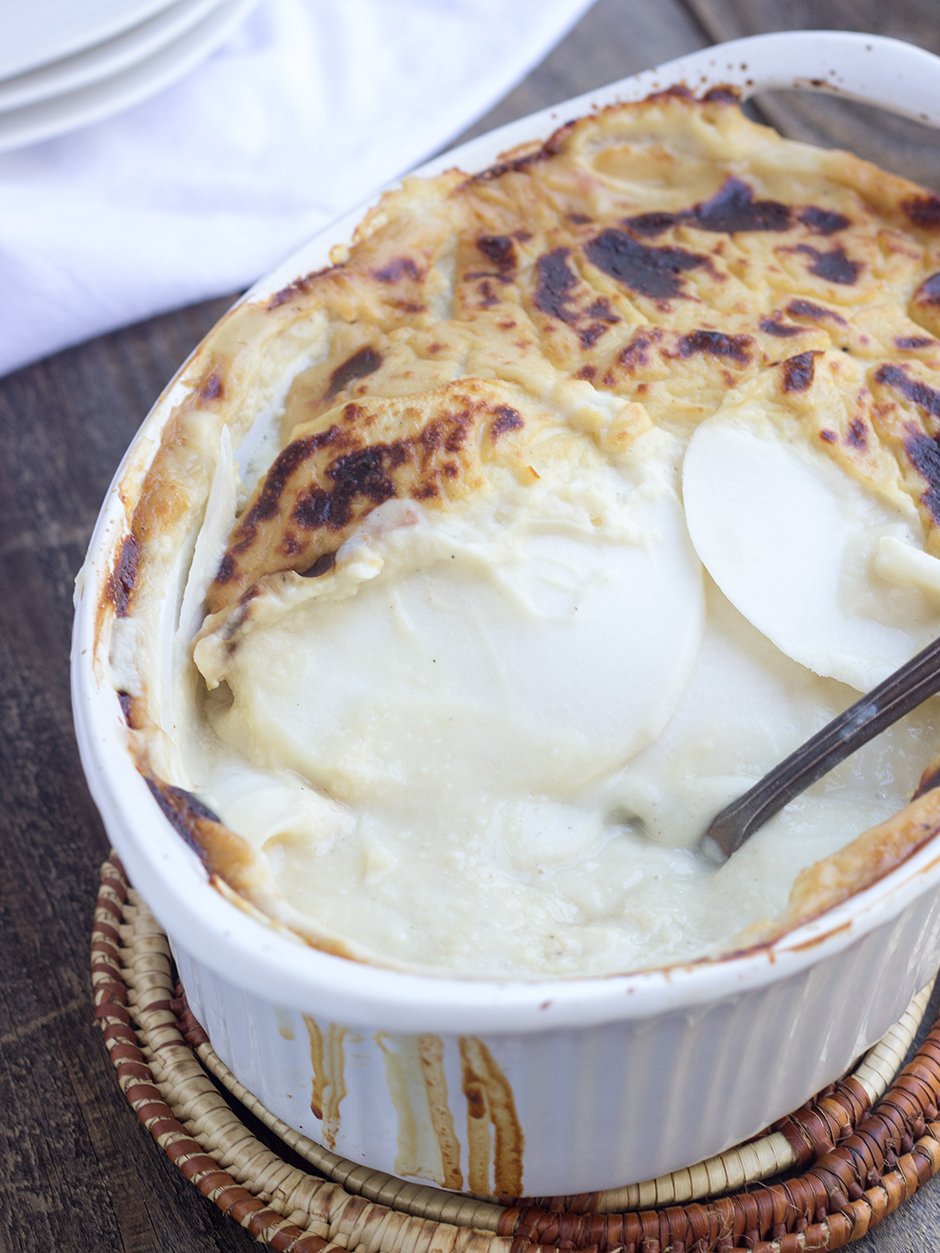 Scalloped No-Tato with Ham Variation:  Ham is a delightful addition to this side dish.  Cut ham into 1/4″ cubes, and saute with a tablespoon of ghee in a frying pan until browned.  Fold into turnips and sauce before baking.

AIP Variation:  Using lard instead of ghee or butter and skipping the egg and pepper works very well for this dish!  You miss out a bit on the richness of the sauce, but it’s still very creamy and flavorful!