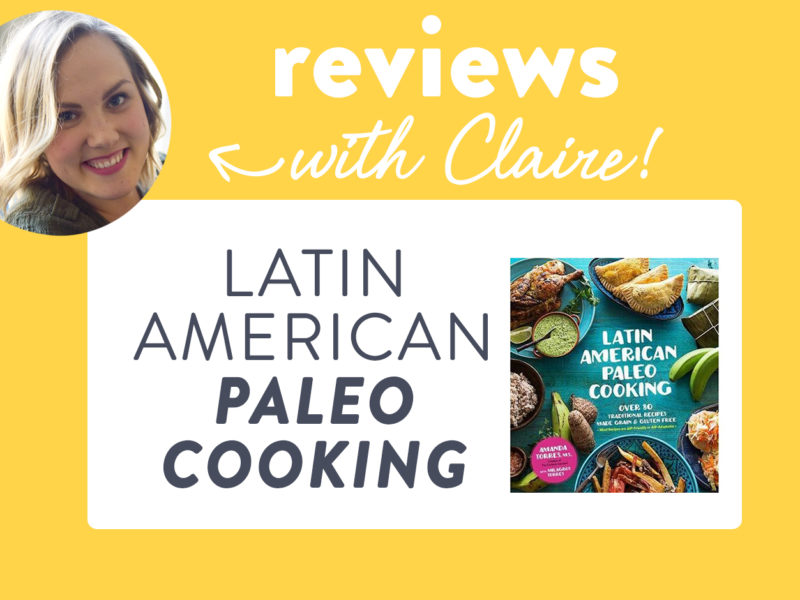 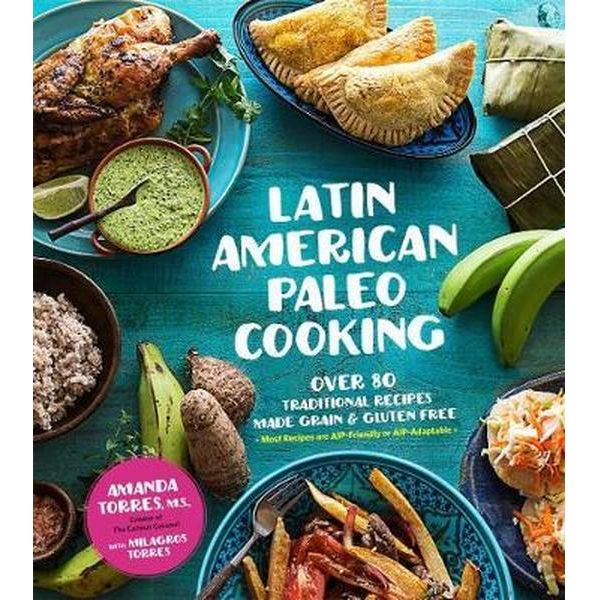 With familiar favorites like empanadas and tostones, plus fun new finds like corn-free arepas and “Arroz” con Pollo (made with cauliflower) this book is bursting with Paleo flavor. Plus, nearly all the dishes have notations for AIP compliance.

And in case you’re worried, they’re delicious. Amanda, of The Curious Coconut, married into a Puerto Rican family and wrote the book alongside her mother-in-law, Milagros Torres. It’s clear she’s spent years researching and perfecting flavors in a way that rivals some of the best Latin American restaurants I’ve enjoyed.

The book is arranged into Family Dinners, Party Food, Quick and Easy Meals, Sides, A Little Sweet (Desserts), and The Essentials (Sauces, Bases, and More).

I was immediately drawn to Amanda’s recipe for Empanadas Al Horno, or baked meat pies. I’ve made AIP empanadas using a cassava base but was excited to try this cassava flour dough. 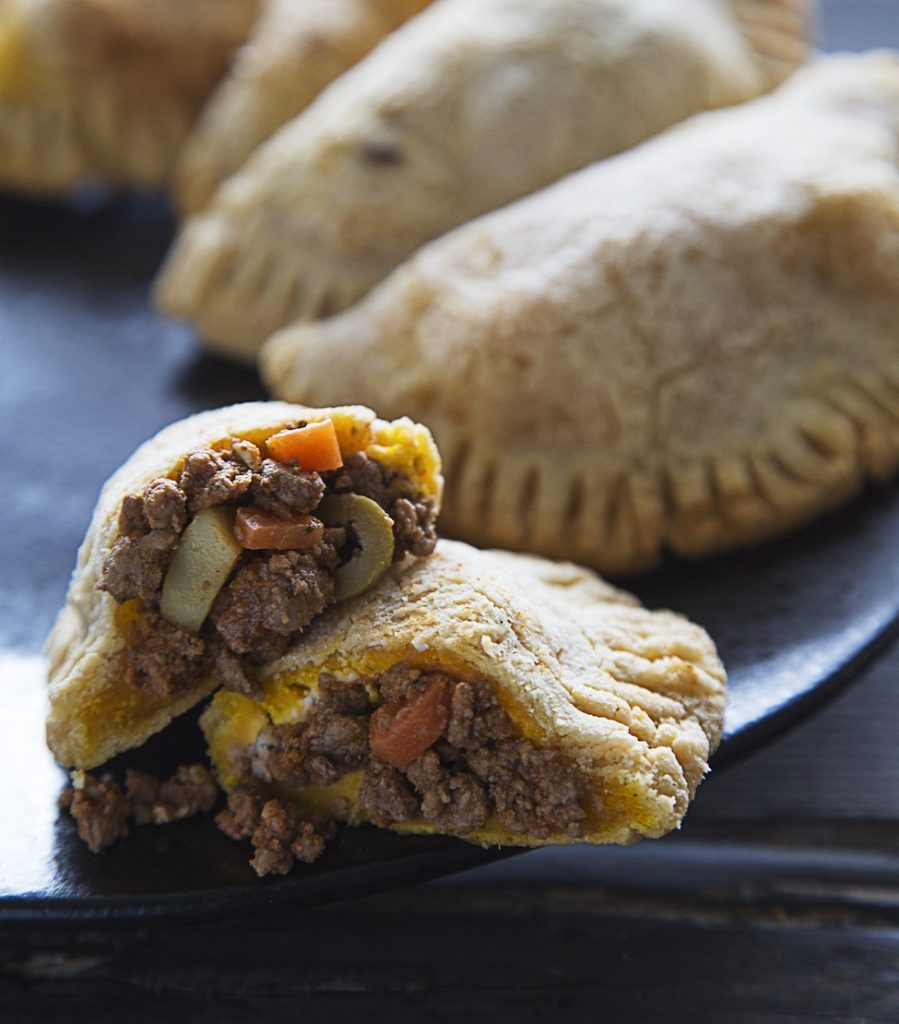 I loved that the empanada filling was flavorful, made with a mixture of peppers, onions, and spices. Though there are AIP modifications for this recipe, I used the traditional preparation. When baked, they were a little crisp on the outside, a little doughy inside, and absolutely delicious.

To test out the AIP flavors in the book, I opted for Pollo En Sofrito Para En AIP, which uses an AIP-compliant sofrito. Sofrito is a seasoning mixture important to Puerto Rican cooking, but it relies on a combination of peppers, oregano and culantro (an herb similar to cilantro). The AIP-compliant version relies on carrots and celery but maintains the herbs for authentic flavor. It’s delicious, and the recipe in Latin American Paleo Cooking makes a boatload, so it can easily be combined with chicken for a quick meal.

I paired it with Yuca Con Mojo. Yuca is one of my favorite AIP-compliant roots, but I usually just bake or fry it. Amanda’s recipe combines yuca with a tangy citrus sauce called Mojo Criollo (there are AIP modifications). I usually don’t love combining citrus with starch, but I have to admit this was tasty.

I also tried her very popular recipe for “Queso” Blanco.” This dairy-free version uses coconut milk, nutritional yeast, tapioca starch and a little lard to achieve a dairy-like texture. It even melts! I can imagine it with an endless array of applications.

Latin American Paleo Cooking benefits from the strong flavor combinations intrinsic to Latin American cooking but is really a reflection of the author’s attention to ingredients, preparation, and direction. The result is a collection of simple recipes with complex results, and modifications you’d never know are AIP.

TPV Podcast, Episode 277: Epigenetics, Adoption, and Turning Genes On and Off
Next Post: Joovv Red Light Therapy for Autoimmune Disease