I have a new favorite Paleo flour: chestnut flour.  I bought some just to play with it and it’s amazing!  It’s very fine (like all purpose flour fine) and yields a wonderful texture in baking with a nice subtle flavor.  It’s more like wheat flour than any other nut flour I’ve tried (doesn’t bind quite as well as wheat flour but a little better than almond flour).  I think you’ll be seeing a lot more recipes featuring chestnut flour from me in the future. 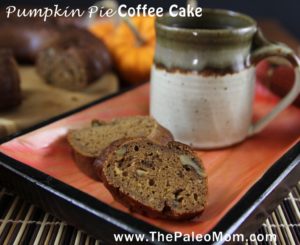 This recipe started as a revamp of my pumpkin pie squares.  I’ve been slowly going through some of my older baking recipes that use a lot of flax and tinker with them to get rid of the flax seed.  I’m not opposed to using flax when there really are no other options in terms of baking chemistry and we’re talking about an occasional treat…. but if I can make it flax-free, that’s what I would prefer health wise (now that I know that flax is crazy high in phytoestrogens).  Since I was also in a playing with chestnut flour mood and then had this idea that I wanted pieces of walnuts in the squares and then decided to increase the recipe by 50%… well, one thing led to another, and before I knew it, I was baking my squares in a tube pan.  So, this recipe is sort-of a revamp (in the sense that it’s a cakey thing with a pumpkin pie flavor)–and I’m sure you could make squares if you baked this in a greased 9″ x 13″ pan (omit the walnuts to be closer to the original recipe)– but, really, this recipe has evolved enough that it stands on it’s own as Pumpkin Pie Coffee Cake.

I made my own pumpkin puree for this cake, although you could use canned too.  My favorite way to make pumpkin puree is to take a pie pumpkin (or two or six), pierce a few times with a knife, place in a 350F oven and bake for 1 hour (or more if your pumpkins are on the larger side).  Let cool enough to handle.  Cut in half, easily scoop out the seeds, then scoop out the pumpkin flesh or peel the peel right off…  Very easy and you get a nice thick puree (especially compared to boiling or steaming).

I’ve also made a recent discovery:  Pure Indian Foods Organic Cultured Grass-fed Ghee.  The culturing degrades the casein before clarifying, and compared to regular ghee which does contain trace casein, this has none.  Even my SUPER sensitive younger daughter can eat this (and she can’t eat a piece of fruit that was cut on a board that cheese was cut on and then rinsed rather than sterilized).  I’ve been enjoying it myself and love the flavor in baking!  You could substitute regular ghee or butter too, or even palm shortening or lard. 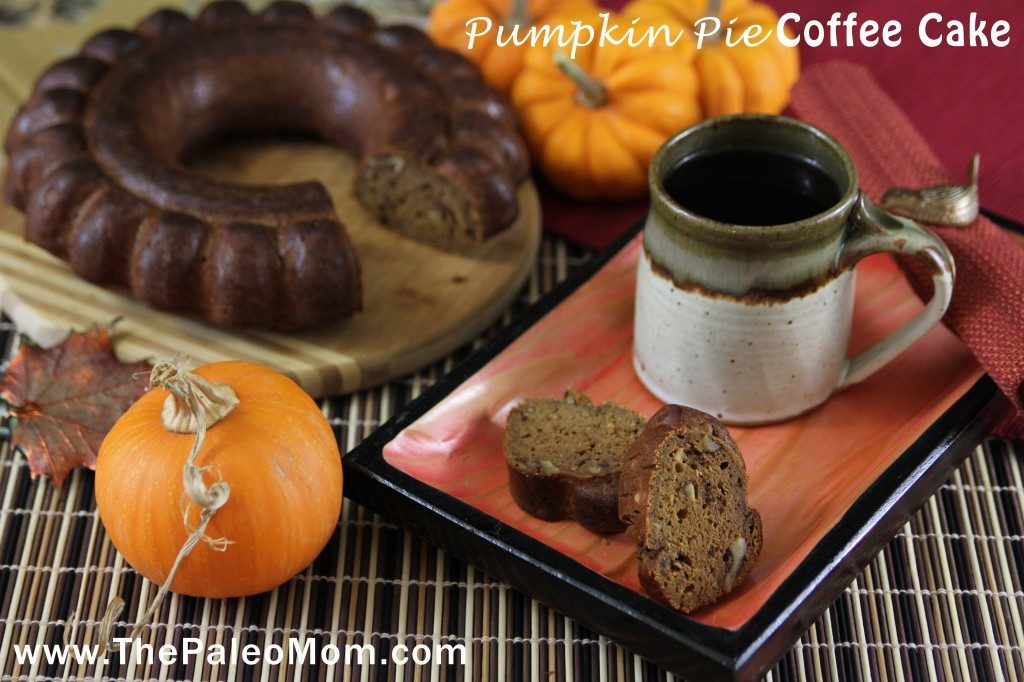 Notes:  In a loaf pan, this recipe took 55 minutes to cook through.  You can also turn these into some pretty awesome muffins, which only take 20 minutes to bake. 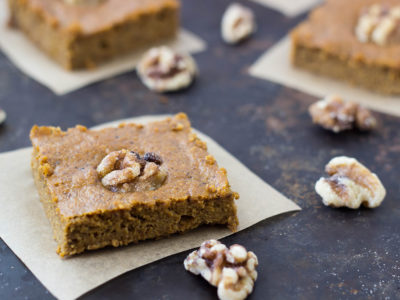 I love pumpkin, and have created many Paleo pumpkin-related … 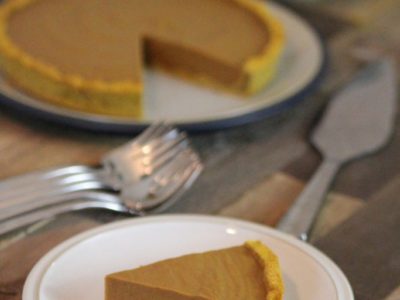 Pumpkin pie is my absolute favorite Fall dessert. It’s one of those … 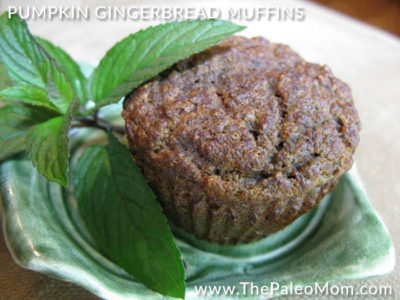 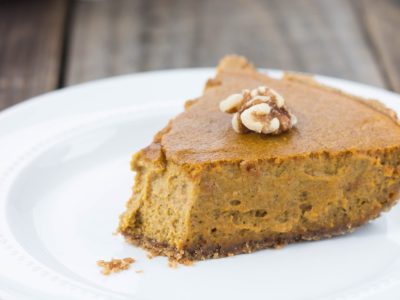 Pumpkin pie has always been my all-time favorite dessert (and breakfast, for … 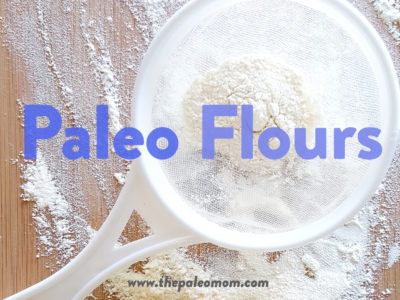 The Science and Art of Paleofying—Part 1 Paleo Flours 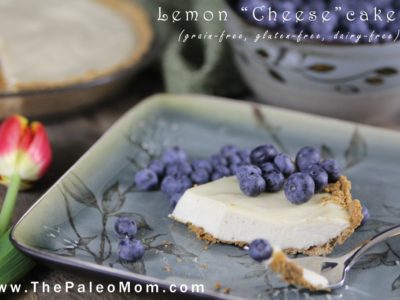 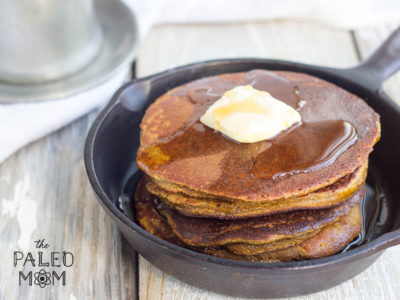 These Perfect Paleo Pumpkin Pancakes truly are perfect. They are easy enough to … 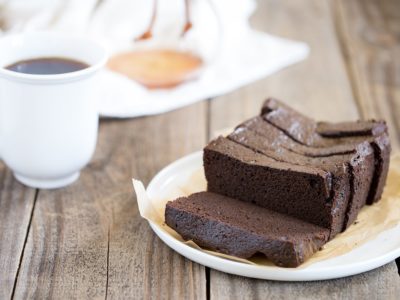 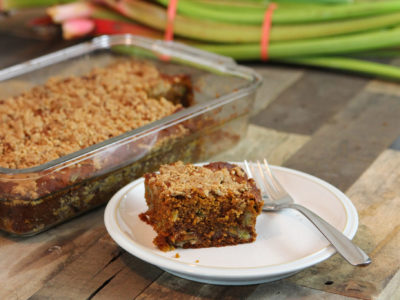 This family recipe dates back to my great-great-Grandmother, who was … 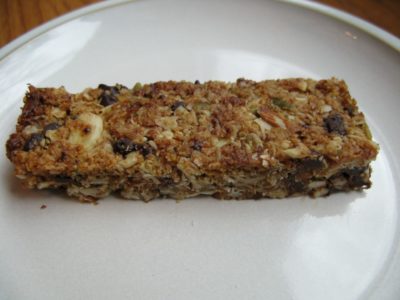 I have played with homemade chewy granola bar recipes for about a year.  I … 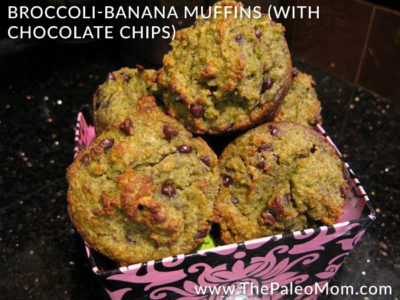 Don’t be afraid.  You can’t taste the broccoli very … 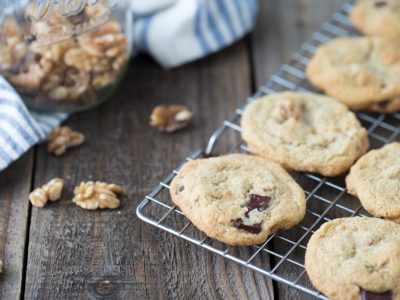 TPV Podcast, Episode 64: Will Paleo Help Me
Next Post:The Fiber Manifesto–Part 3 of 5: Soluble vs. Insoluble Fiber