You are here: Home / Nutrition / Oysters, Clams, and Mussels, Oh My! Nutrition Powerhouses or Toxic Danger?

If you asked me what I believe to be the single most important property of an optimal diet for human health, I’d answer “nutrient-density”. And, while I certainly don’t want to diminish the contribution of avoiding inflammatory foods and toxic compounds in non-Paleo foods (like gluten!), I actually think that the Paleo diet is so powerfully therapeutic first and foremost because it focusses on the most nutrient-dense foods in the modern food supply: quality meats, seafood, vegetables, fruits, eggs, nuts and seeds.

But, that doesn’t mean that a standard Paleo diet is necessarily nutrient-sufficient—even if you eat a strict Paleo diet, you can be lacking in some key nutrients. That’s why I can be oft quoted as recommending that the base of the Paleo diet be the most nutrient-dense foods on the planet: organ meat, seafood, and large portions of vegetables! And then we can round this out with other quality meats, fruits, eggs, nuts and seeds.

But, for some inexplicable reason, in four years of blogging, I’ve never gotten around to talking about shellfish, especially bivalves, nutrient dynamos that can even rival liver in terms of nutrient content!

Oysters, clams, and mussels, oh my! These foods are all bivalves—a type of shellfish with a hinged two-part shell (called valves), found both in saltwater and freshwater environments and living everywhere from the tropics to the freezing Arctic. They’ve been around since the early Cambrian (over 500 million years ago!), and today, over 9,000 different species of bivalves are alive throughout the world. 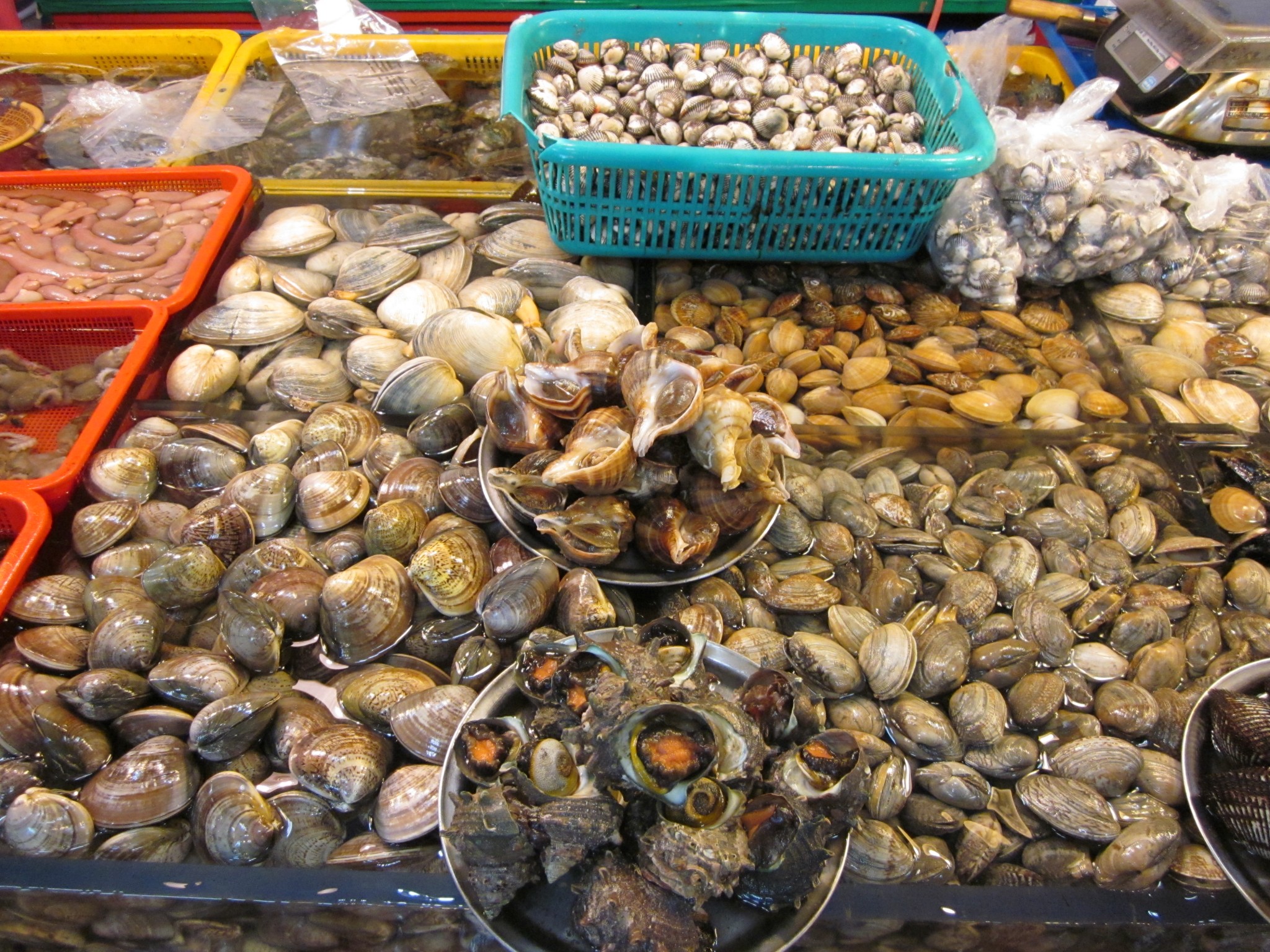 From a biological standpoint, they’re pretty fascinating creatures. Bivalves build their own ever-growing shells by secreting calcium carbonate, and some species have a retractable “foot” that helps them burrow into the ground or move around. They can range in size from nearly microscopic to a whopping four feet long and 440 pounds (that honor goes to the aptly-named “giant clam”). And, as far as nutrient-dense animal foods go, they’re in the running with organ meats for being an unbeatable source of micronutrients!

In fact, bivalves have played an important role in the diets of coastal humans throughout history. When we look at their nutrient breakdown, it’s easy to see why they’ve been such a prized, sought-out resource—and why we should still include them in our diets today.

In general, bivalves tend to be rich in vitamin B12, highly digestible complete protein, iron, zinc, copper, calcium, sodium, phosphorus, and selenium (as well as omega-3 fats). Some are also a rich source of vitamin D (like oysters), and others are off the charts for vitamin B12 (1648% of the RDA in clams? Yes please!). But, each particular bivalve has its own unique nutritional profile, so let’s take a look at the most familiar ones (oysters, clams, scallops, and mussels) to a get a sense of what these sea creatures have to offer! 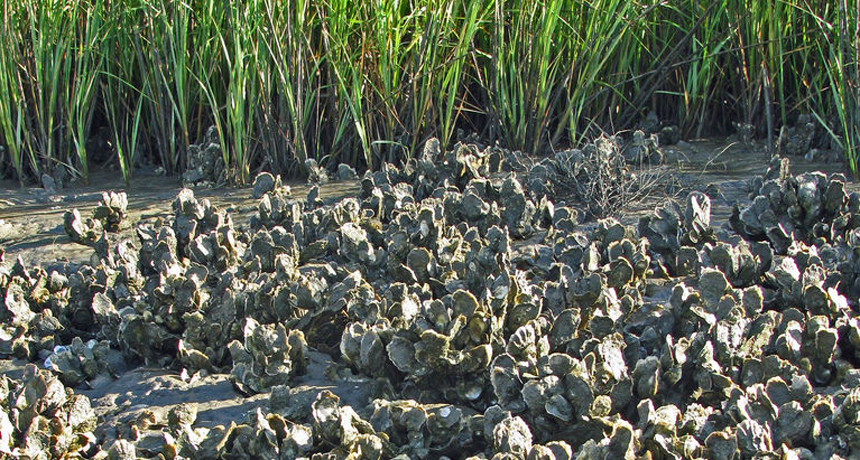 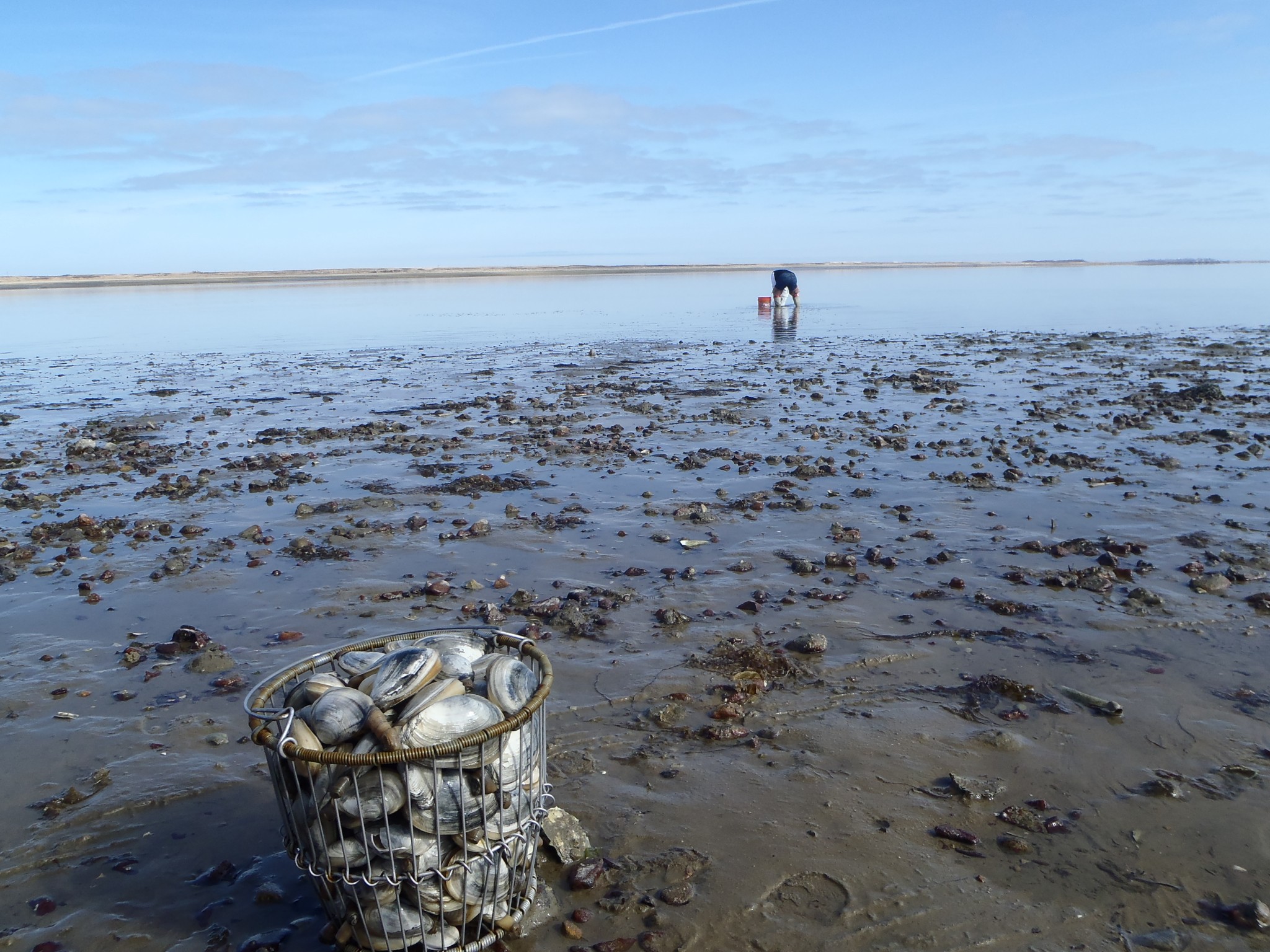 Clams: A variety of edible clams are out there (hard-shell, soft-shell, razor clams, and surf clams, just to name a few!), and they tend to be particularly high in vitamin B12, selenium, iron, and manganese. That makes them excellent for nerve and blood cell health, treating or preventing iron-deficiency anemia, protecting against cellular damage, forming connective tissue and sex hormones, and supporting carbohydrate and fat metabolism. Each 100 grams of cooked clams (mixed species) contains: 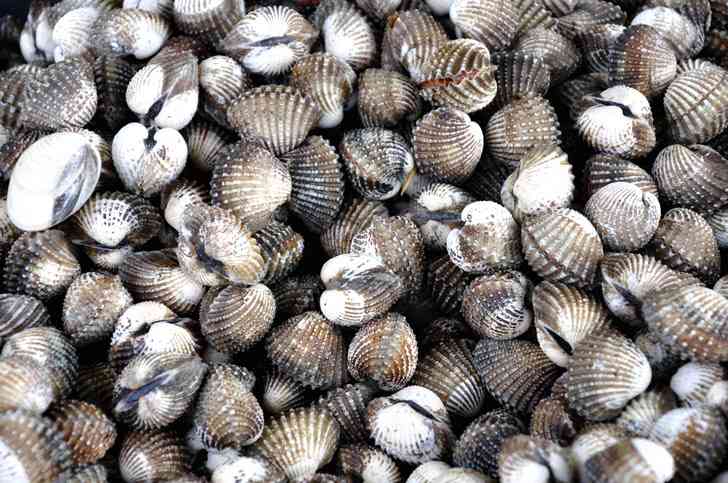 Scallops: Not only are scallops delicious, they’re also a solid source of a variety of micronutrients—particularly vitamin B12, selenium, zinc, and phosphorus. That means they’re a great addition to our menus for helping synthesize DNA, enhancing nerve and blood cell health, protecting cells from free radical damage, boosting immune health, and building healthy skeletal tissue. Each 100 grams of cooked scallops contains: 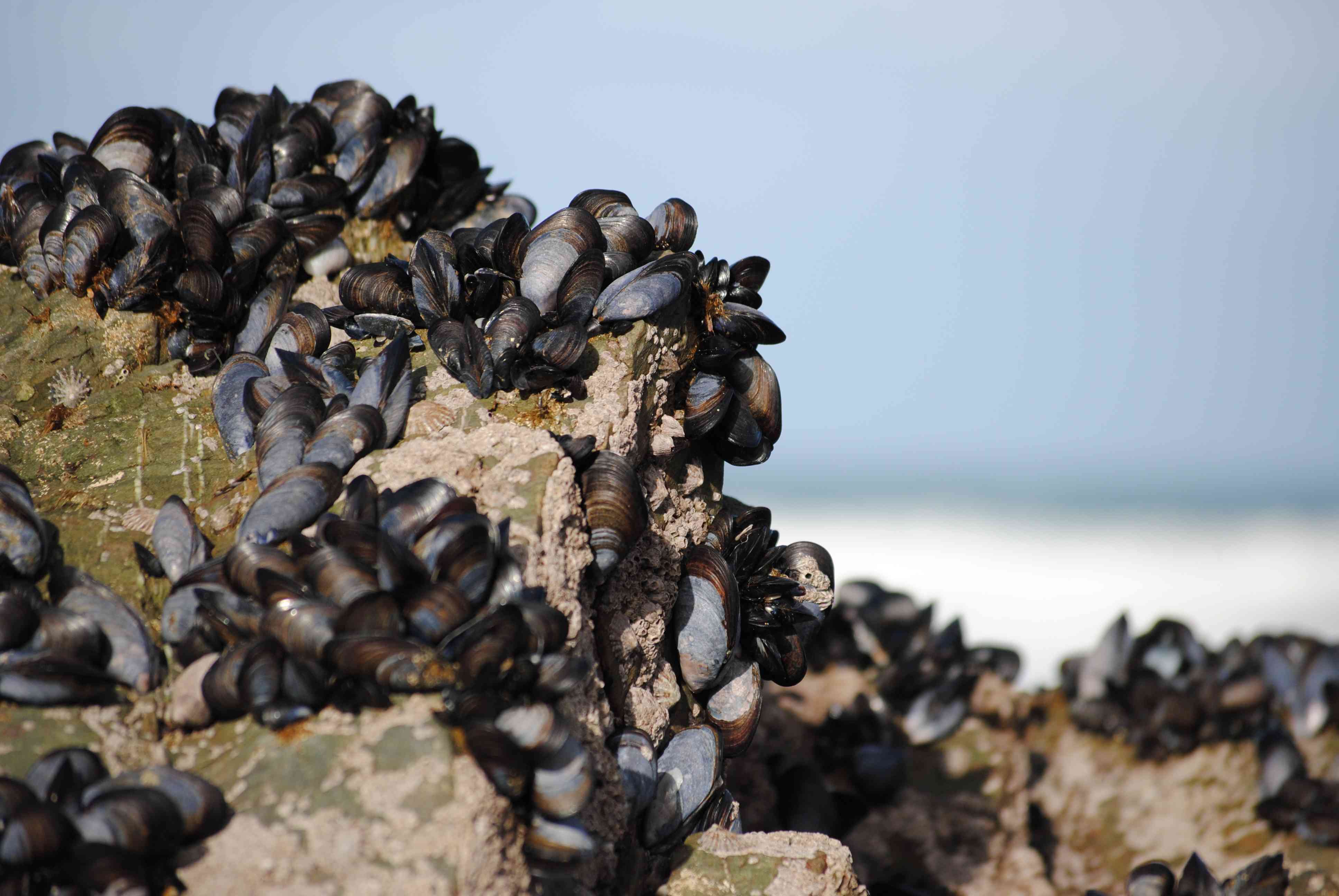 Mussels: Have you ever seen oblong shellfish scattered along the beach, or clinging to rocks or posts by the water? Who knew these creatures were actually amazing nutritional resources? Mussels are teeming with vitamin B12, selenium, and manganese (offering over 100% of the RDA for each of them!), making them great for supporting cellular health, DNA synthesis, fat and carbohydrate metabolism, connective tissue and bone health, and blood sugar regulation. Each 100 grams of cooked blue mussels contains:

Despite their incredible nutrient density, bivalves have a reputation for being unhealthy due to their “bottom-feeder” status (meaning they eat near the bottom of an ocean, lake, or river). The logic goes that bottom-feeders consume the feces, parasites, decomposing animals, and various toxins that accumulate at the floor of a body of water, and therefore bivalves must contain unhealthy contaminants.

This is actually a misconception! Bivalves are generally filter-feeders, which means they use their gills to draw in food (mostly phytoplankton and microscopic sea creatures) and filter out any larger particles. (A few species of bivalves are actually carnivorous and do eat larger organisms, but they aren’t the types of shellfish humans usually consume—and you’ll probably never find them on a restaurant menu!) This is much different than sea creatures that act as opportunistic scavengers, consuming dead animals and large debris (such as wild catfish).

Likewise, because most bivalves are so low on the food chain, they have minimal risk in terms of heavy metal contamination. Large-bodied, long-living sea creatures like swordfish and shark tend to be high in mercury because they accumulate heavy metals from their prey (as well as their prey’s prey!) throughout their lives (although, even then, mercury levels are only a concern when they are in excess of the amount of selenium present, as discussed in detail here and in The Paleo Approach). By contrast, bivalves consistently rank as some of the lowest-mercury seafood available (you can see the FDA’s list here) because the particulate matter they consume is nearly free from heavy metals.

As far as toxins go, the main legitimate danger with bivalves is the potential for one of four types of shellfish poisoning: amnesic, diarrheal, neurotoxic, and paralytic, distinguished by the specific toxin that causes the poisoning. When bivalves consume toxin-producing algae (from harmful algal blooms, or HABs), they risk passing on marine biotoxins to the humans that eat them (namely domoic acid, okadaic acid, brevetoxins, or saxitoxin). Those toxins can cause a range of respiratory, gastrointestinal, and neurological symptoms, and in some cases can be fatal (although this is very uncommon). Those toxins aren’t deactivated by heat, so simply cooking shellfish isn’t enough to prevent poisoning. 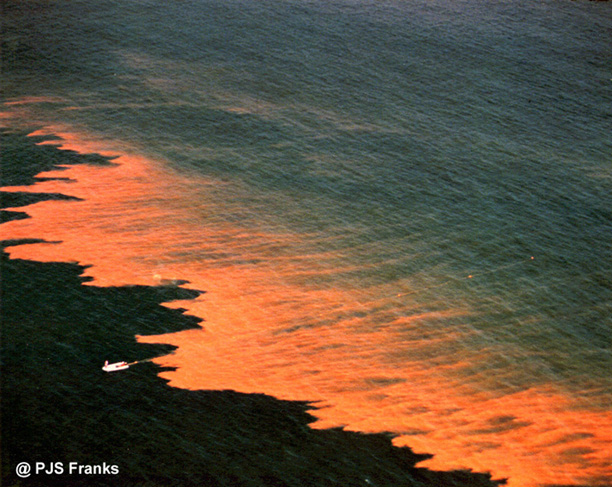 But, we can drastically minimize our risk by only consuming bivalves that have been harvested from safe waters (away from recent algal blooms), not eating shellfish while traveling in developing countries (where safety standards are lower and risk of contamination is higher), and not harvesting our own bivalves from beaches that haven’t been monitored for biotoxins. If we get our bivalves from high-quality restaurants, reputable farmers, and other suppliers that test their products for contamination, our risk of shellfish poisoning is extremely (extremely, extremely) low.

The bottom line is that, unless you have a seafood allergy, bivalves are a truly amazing nutritional resource that all of us should be tapping into!