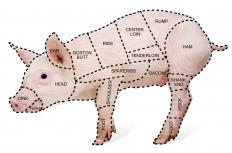 When I bought half of a pastured pig from my local farmer this winter, I was challenged with cooking some cuts of meat that not only had I never cooked before, but I had never eaten before either.  As our pork supply dwindled, I decided it was finally time to tackle some of these more unusual cuts (which I guess technically makes them offal).   I’m glad I did, because I found some new favorites, this recipe for shanks being one of them (and it’s always great to find favorites in the most inexpensive cuts of meat too!).

Having never cooked shanks before, I was initially a little intimidated.  So, I asked the expert:  Stacy Toth of www.PaleoParents.com, friend and  co-host of The Paleo View podcast. (Um, you did know that Stacy and I host a podcast together, right?  Produced by the incredible Matt McCarry.  No?  Click here for more info.)  Really, what better people to ask about how to cook pork than the authors of the new (ridiculously awesome) book Beyond Bacon?!  As a quick aside, I have had the privilege to preview Beyond Bacon and this book is going to astound you.  It is so packed with inventive and mouthwatering recipes, using every part of the pig.  If you like pork, you need this book.  It’s available for pre-order now (which I highly recommend doing since Eat Like a Dinosaur also written by the dynamic duo that is Paleo Parents sold out of the first printing before the release date!!!)  and will be out in just a few short weeks!

So, I asked Stacy how to cook shanks.  The conversation went something like this:

Okay, there was some embellishment on Stacy’s part about citrus flavors and their recipe for shanks in Beyond Bacon (which looks amazing!).  But, since I’ve been braising tougher cuts of meat more frequently lately, this information was all I needed to get started.

Pork shanks are a cross cut of the leg of the pig, just above where the hocks are cut from and just below the ham (there’s a gray area between what is the hock and what is the shank.   You can actually do this recipe with fresh (not smoked) hocks too.  Both hocks and shanks tend to be very inexpensive and are meltingly tender and full of flavor when braised (yep, Stacy was right!).  Shanks are also rich in glycine (because they are full of connective tissue and often still have the skin attached), and don’t ignore that delicious marrow in the bone!   These have rapidly become one of my favorite cuts of pork.  There really is nothing intimidating about eating these (or hocks for that matter) and they are simple to prepare as any stew or other braised meat.

This recipe will serve 4-8, depending on how big the bones are in your pork shank or hocks. 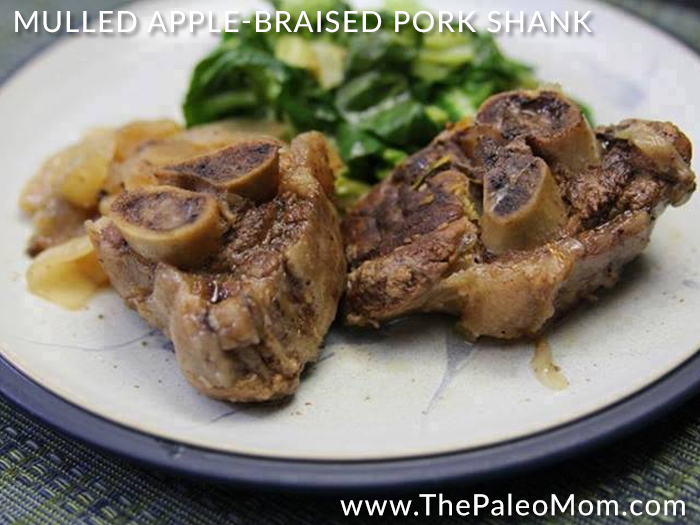