You are here: Home / Lifestyle / Genes to Know About: Vitamin A Conversion Genes

Genetic testing can give us tremendous insight into our own health and, more importantly, our optimal diet and lifestyle choices given our genetic predisposition. I’ve long held that the Paleo diet is far from a one-size-fits-all approach and try to steer away from Paleo dogma in all of my writing. In this series, I am covering specific genes that can tell us a lot about disease risk and how we can modify our implementation of Paleo to mitigate that risk (See Genes to Know About: ApoE, Genes to Know About: MTHFR, Genes to Know About: Caffeine Metabolism, Genes to Know About: Breast Cancer Genes, and Genes to Know About: Rheumatoid Arthritis Genes).  You may be able to request genetic testing through your doctor (my functional medicine doctor ran genetic screening on me as part of my first evaluation) or you can order a genetic test to do at home. I recommend 23andMe which you can purchase here.

Plant vs Animal Vitamin A

When many people hear the words “vitamin A,” the first thing that comes to mind are carrots (and maybe other plant foods like sweet potatoes and leafy greens). After all, we’re often told that bright orange and green veggies are high in this essential nutrient, famous for keeping our vision healthy and our bones strong. (Vitamin A is involved in a number of other important functions, too, like immune function, tooth remineralization, embryotic development, skin protection, and cell differentiation.)

It takes some extra research (or hearing me hammer home Why Everyone Should Be Eating Organ Meat!) to learn that plant foods don’t actually contain a single molecule of vitamin A! True vitamin A (retinol) is found only in animal foods—particularly liver, egg yolks, dairy fat, and seafood. Plant foods contain vitamin A precursors (most notably beta-carotene, and to a lesser extent alpha-carotene and beta-cryptoxanthin), which the body must convert into retinol.

The problem is, the beta-carotene absorption and conversion processes tend to be extremely inefficient, and can be influenced by a host of different factors like levels of thyroid hormone, alcohol intake, and… you guessed it… genetics! In fact, certain polymorphisms of the most important gene for converting beta-carotene into retinol, beta-carotene 15,15′-monooxygenase (BCMO1), dramatically reduce people’s ability to obtain vitamin A from beta-carotene. For anyone with impaired conversion, consuming pre-formed vitamin A from animal foods is absolutely important! 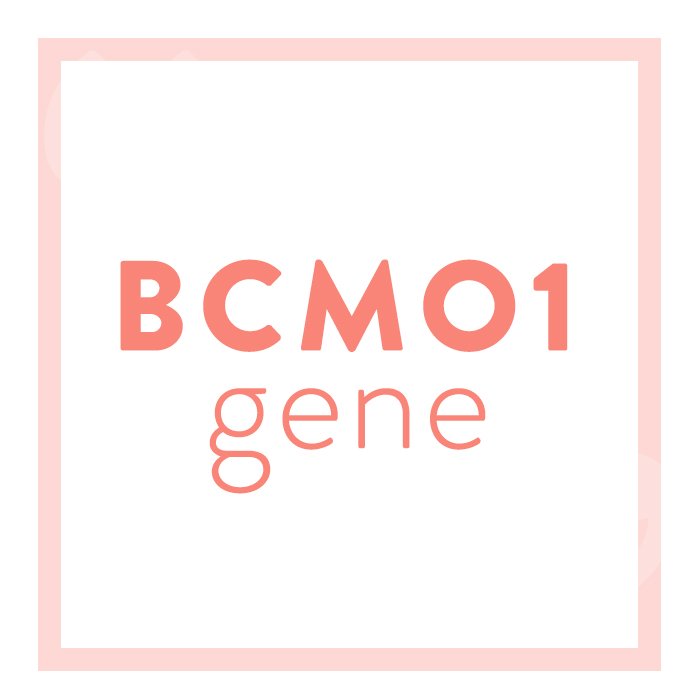 The BCMO1 gene codes the BCMO1 protein, which cleaves beta-carotene into two molecules of retinal (a form of vitamin A that can be converted to and from retinol, which is the storage and transport form of vitamin A). This conversion happens mainly in the intestinal mucosa (gut barrier), but also occurs in the liver and other organs. Every person has two copies of the BCMO1 gene. But, about 45% of the population carries at least one gene variation that reduces BCMO1 enzyme activity, resulting in significantly impaired ability to convert beta-carotene into retinal. Depending on which combination of variants someone inherits, beta-carotene conversion can be nearly 70% lower than its normal efficiency!

Considering carotenoids are already poorly absorbed to begin with (typically, 3% or less of ingested carotenoids are actually absorbed) and the conversion rate can be low in general (a conversion factor of 28:1 for beta-carotene to retinal has been found for some plant foods, including leafy greens), having reduced BCMO1 activity makes it difficult if not impossible to get enough vitamin A from plant foods alone.

How to Tell if You’re a “Poor Vitamin A Converter”

What to Do if You’re a Poor Vitamin A Converter 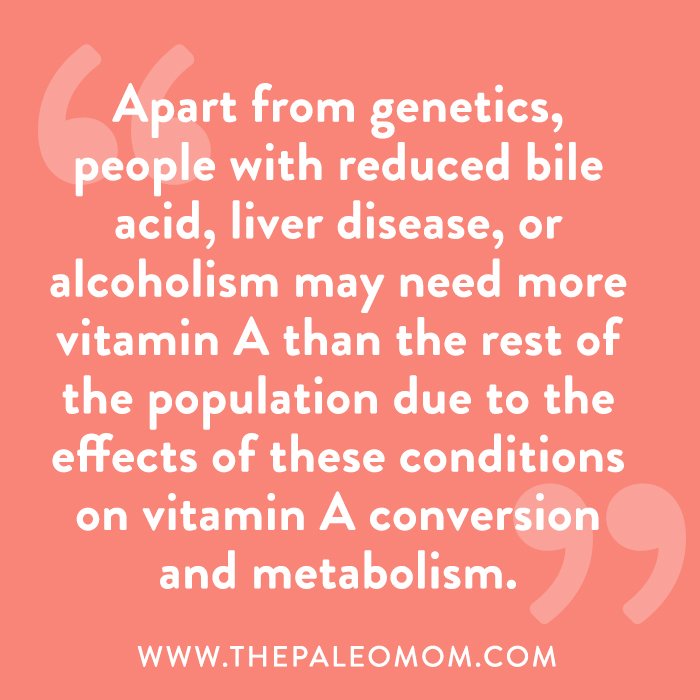 Although the ideal vitamin A intake depends on a variety of factors, the current recommend dietary allowance is set at 900 mcg daily for men and 700 mcg daily for women, with guidelines for pregnant and nursing women between 1200 and 1300 mcg per day. Using retinol activity equivalents, 12 mcg of beta-carotene is needed to equal one mcg of retinol (so for example, an intake of 600 mcg of beta-carotene would only be equivalent to 50 mcg of vitamin A). Apart from genetics, people with reduced bile acid, liver disease, or alcoholism may need more vitamin A than the rest of the population due to the effects of these conditions on vitamin A conversion and metabolism.

If you’re one of the many people with genetically reduced BCMO1 activity, there are several things you can do to make sure your body gets enough vitamin A to support optimal health. Those include:

Keep in mind, beta-carotene-rich foods are still valuable even if they don’t supply all of our vitamin A needs (such foods are typically high in a variety of micronutrients, fiber, and phytochemicals, all of which benefit our health in diverse ways!). A Paleo diet that includes organ meats like liver (as well as other nutrient-dense animal foods), along with a diverse spectrum of plant foods (see The Importance of Vegetables, The Diet We’re Meant to Eat, Part 3: How Much Meat versus Veggies?, The Amazing World of Plant Phytochemicals: Why a diet rich in veggies is so important!, and The Fiber Manifesto-Part 1 of 5: What Is Fiber and Why Is it Good?), is the way to go achieving ideal vitamin A levels—and for avoiding the many health problems that can result from an inadequate intake of this amazing vitamin.