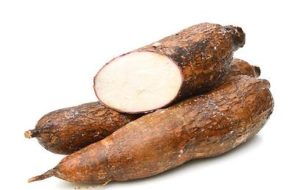 Cassava goes by many names, including yucca, yuca, manioc, tapioca and Brazilian arrowroot.  This starchy tuberous root is native to South America, and now grown all over the world, especially Africa and Asia.  It is one of the most drought-tolerant crops in the world and is capable of growing in depleted and marginal soils.  It’s no wonder that’s it’s a very important dietary staple for developing countries, including half a billion people world wide.

I always though of cassava as being a really dense starch, but I recently looked up both the glycemic index and glycemic load of this delightful starchy tuber and discovered that they’re actually much lower than I thought!  The Glycemic Index is 46 (that’s considered low) and the Glycemic Load is 12 (that’s considered medium).  I’ve been finding myself making it these cassava oven fries at least once a week lately, since I seem to do so well on this starch, especially as a workout recovery food.  Several of my local stores stock them regularly.

Cassava was originally reported a a gluten cross-reactor, however published research has shown that it is not (see this article or this recent Facebook post).  Although it can be a relatively common food intolerance, it is considered an autoimmune protocol-friendly food.

It does contain cyanogenic glycosides however, an antinutrient that releases cyanide into the body if the food is not properly prepared (other common sources of cyanogenic glycosides are almonds, bamboo, cashews and stone fruits like peaches and apricots).  The sweet cassava that is available as an imported vegetable in Western countries has only about a tenth of the cyanogenic glycosides of the bitter cassava grown in South America and Africa, which makes it pretty low on the cyanide scale to start with.  And even better news is that these compounds can be completely removed with proper preparation, hence the boiling step to make these oven fries! 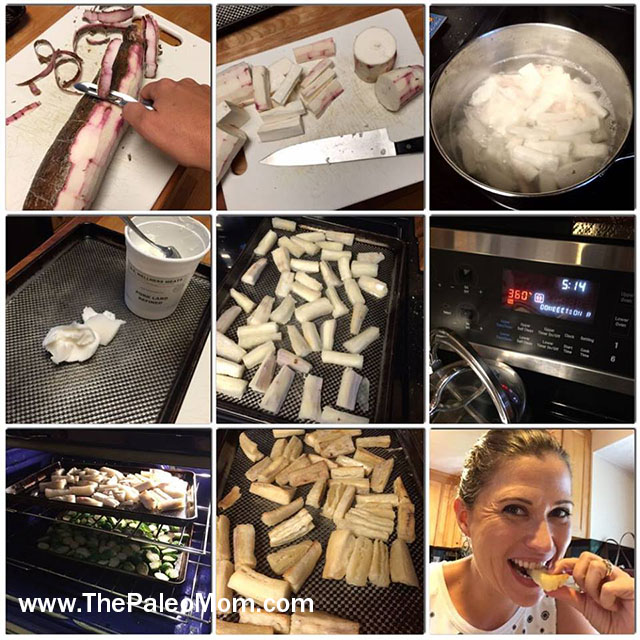 These cassava oven fries may seem a bit more finicky that sweet potato fries, or other oven fry alternatives–but the hands-on time with these is still pretty low and they are so worth every single minute invested!  And, they are pretty forgiving when it comes to boiling time, oven temperature and cooking time.  They also reheat well in the oven (I throw them on a pan, turn the oven on to 350F and when the oven is finished pre-heating, take them out!) so you can make a double batch and get more bang for your buck that way too! 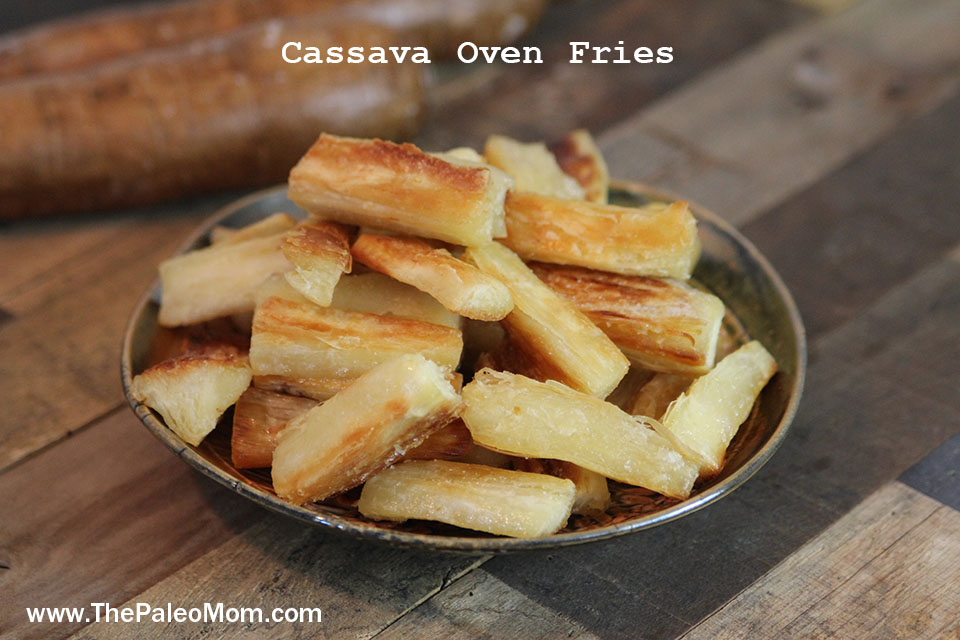