Thanksgiving is fast approaching, and I’m starting to think about new recipes that will cater to my mother-in-law’s nut allergy and my sensitivity to eggs.  Hence the creation of a new pie crust recipe, and actually my favorite one yet!  This crust is crisp and flakey, with a perfectly neutral starchy flavor–essentially, everything you could want in a pie crust!  It’s made the same as a traditional pie crust recipe, cutting in cold lard (you could use butter too) and then adding just enough cold water for the dough to hold together.

There’s actually two variations of this recipe below, one for standard Paleo (slightly different spices and the addition of some chopped walnuts) and a fully AIP-compliant version.  Both are delicious!

This recipe originates with my newfound love for Otto’s Cassava Flour.  The chemistry of this flour is unlike any grain-free flour substitute I’ve ever used and it has opened up a whole new world of possibilities for Paleo adaptations of my old favorites.

Otto’s Cassava Flour is made using the entire cassava root (which is the same thing as yucca, yuca, manioc and tapioca root) minus the peel.  Their processing method is to peel, wash, slice, press, bake and then mill. This ensures the potentially toxic cyanide in cassava is totally neutralized. This whole food flour is 80% starch and 7% fiber, which makes it an excellent all purpose flour.  Cassava has a low Glycemic Index (46) and a moderate glycemic load (12), and because of its absorptive properties, recipes can typically get away with fairly low flour to liquid ratio, which is great news from a blood sugar regulation perspective.

Cassava was originally reported a a gluten cross-reactor by Cyrex Labs (unpublished, proprietary data), however published research has shown that it is not (see this article or this recent Facebook post).  Although it can be a relatively common food intolerance, it is considered an autoimmune protocol-friendly food.

Cassava flour is not the same things as tapioca flour or tapioca starch, which is produced quite differently and is not a whole food. I have heard from other bloggers that other brands of cassava flour do not behave the same in baking, so I definitely recommend making this recipe with Otto’s Cassava Flour or substituting your own favorite crust recipe. 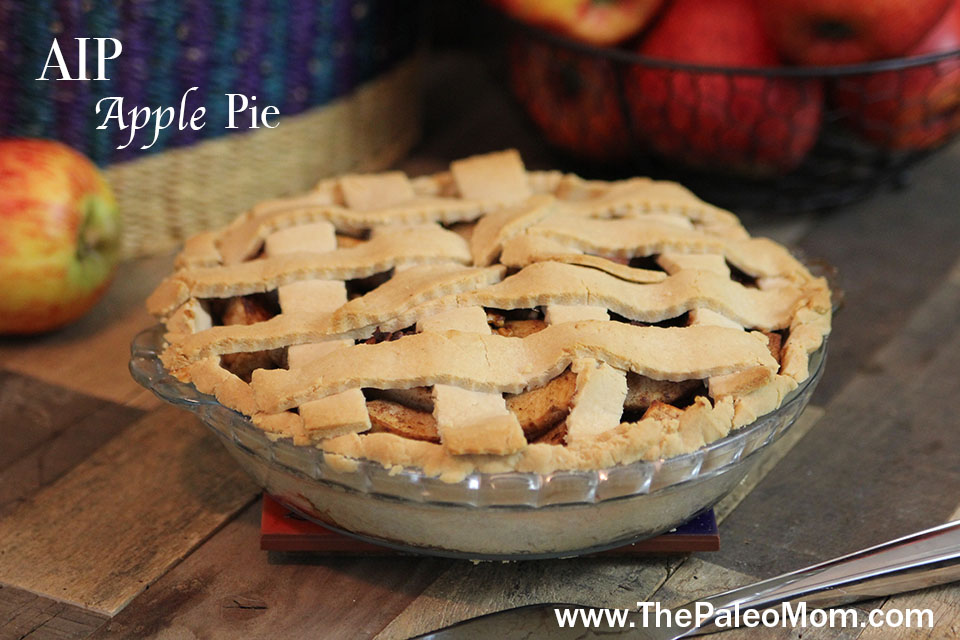 Note: This pie crust holds up really well to storage.  Store covered, at room temperature for up to 3 days.