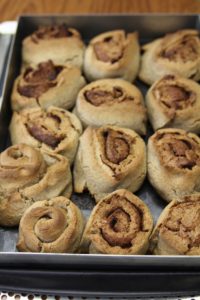 When I was a teenager, my Uncle Bill taught me how to make real cinnamon buns.  You know, the kind with yeast-based bread?  It was a revelation and became one of my favorite treats to make.  One batch would make a whole delicious pan, full of thousands of gluten-filled calories.  And last about an hour.  To this day the smell of cinnamon reminds me of family vacations (which often ended up being adventures) to visit my uncle.

My oldest daughter especially loves cinnamon, so I was inspired to try and modify my yeast-based Paleo bread recipes to create a Paleo adaptation of my once famous cinnamon buns.  It actually took some fairly major modifications to the bread recipes to make a dough elastic and solid enough to roll.  Compared to the regular cinnamon buns that I used to make, these are not quite as fluffy nor as elastic (and capturing that texture wasn’t worth using a gut irritating ingredient like xanthum gum or psyllium husk, since they are pretty awesome as is).  But, I was able to capture the flavor and a nice bready texture.  My kids are in love.

I’ve made these twice now, once more generously filled with sugar and cinnamon and once more stingy.   I think they work better when you’re more generous, but they do work if you want to cut the cinnamon filling in half and makes these a little less sweet.  The photos are actually from the stingier batch, but the recipe reflects the more generous filling.

These roll fairly easily.  They are a little tricky to cut though.  If you want perfect looking cinnamon buns, I would suggests  rolling out each one individually instead of making the usual big long role and slicing off individual rolls.  But, as you can see from the pan, they still look yummy, and they still pull apart enticingly well. 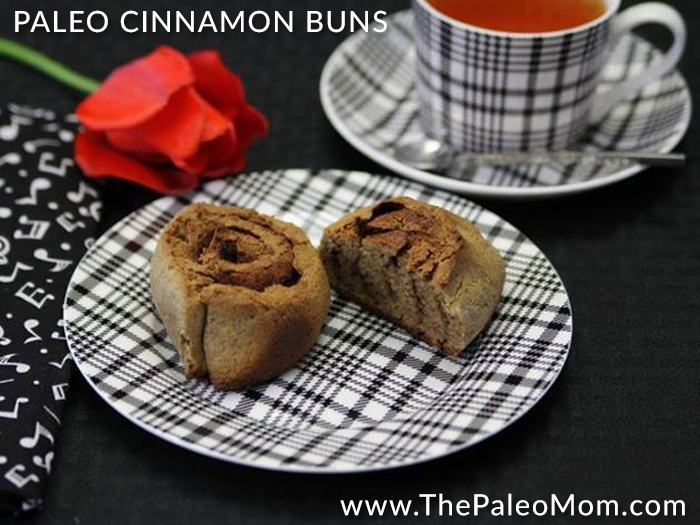 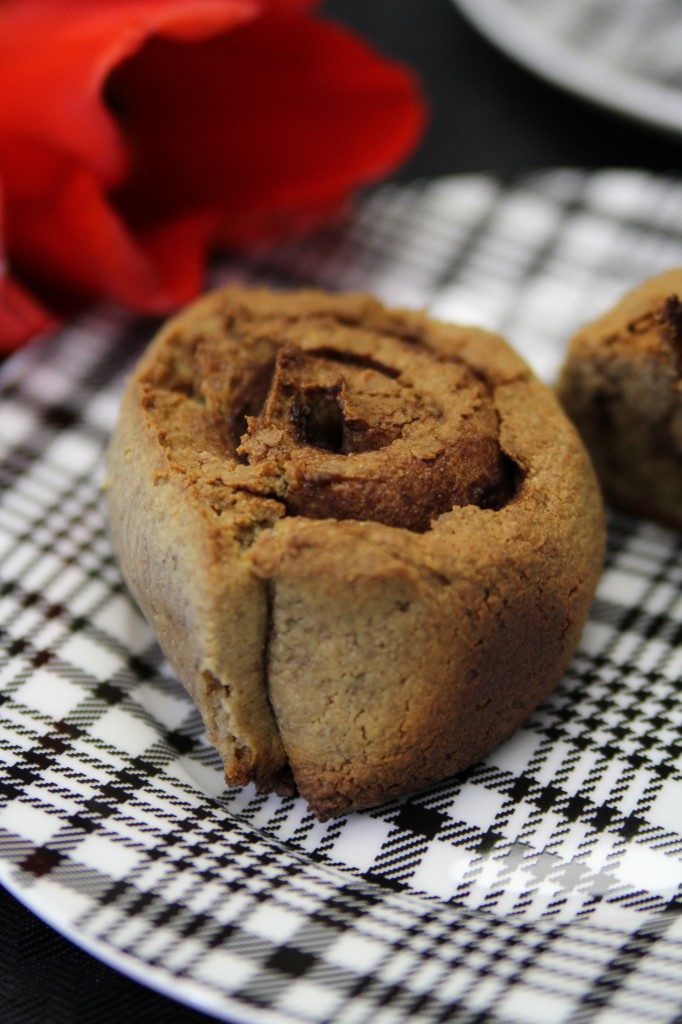